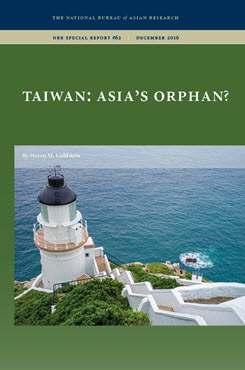 This report analyzes Taiwan’s strategic culture and argues that the island’s perception of its own orphan status is central to how Taiwan defines its place in the international system.

Taiwan’s sense of abandonment in the international system is at the center of its contemporary strategic culture and shapes the strategies intended to secure the island’s interests. The origins of this orphan status can be traced to the U.S. recognition of the People’s Republic of China in 1979, which undermined the domestic and international identity that had prevailed in Taiwan since 1949 and stimulated a democratic movement that contributed to the emergence of a new Taiwan-centric identity. The conditions for the normalization of Sino-U.S. relations are also the principal obstacle to international acceptance of Taiwan’s new identity as the basis for a sovereign nation-state—hence, its orphan status. Paradoxically, even as the terms of Sino-U.S. normalization fostered Taiwan’s sense of abandonment, they also partly ameliorated it by providing areas where the island can secure U.S. support in order to resist Chinese efforts to increase its international isolation (and leave Taiwan no choice but to unify). Thus, for the near future, Taiwan’s orphan status will likely persist.

Steven M. Goldstein is Director of the Taiwan Studies Workshop and an Associate at the Fairbank Center for Chinese Studies at Harvard University.