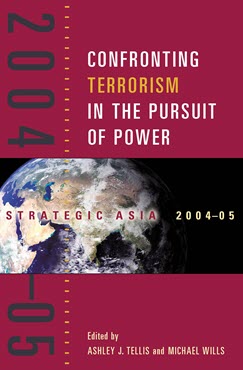 Strategic Asia 2004–05
Confronting Terrorism in the Pursuit of Power

Japan: Between Alliance and Autonomy

Central Asia: State Building in the Face of Insurgent Islam

Southeast Asia: Back to the Future

Middle East: Confronting Resentment in the Arc of Crisis

Korea: A Peninsula in Crisis and Flux

Science and Technology: A New World in the Making?