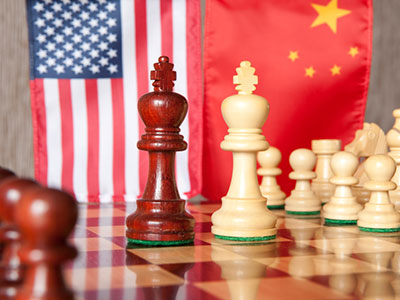 Writing in advance of President Xi Jinping’s September 2015 U.S. visit, Wu Riqiang (Renmin University) maintains that maintaining stable nuclear relations between China and the United States is critical to both sides as well as the rest of the world.

Maintaining stable nuclear relations between China and the United States is critical to both sides as well as the rest of the world. Although current nuclear dynamics are considered stable, there are serious risks in this domain that require cooperation from the leaders of both countries. China’s paramount interest is to maintain a safe, secure, and reliable second-strike nuclear capability that can survive an adversary’s disarming strike and penetrate enemy defenses. This is the foundation of China’s nuclear deterrence strategy.

China’s Challenges in the Nuclear Domain

Second, despite some arguments that the current U.S. missile defense architecture is not very effective due to the difficulty of distinguishing real warheads from decoys, China is concerned with the unpredictable future of missile defense. The United States does not accept limits on missile defense on the basis of a perceived need to maintain its defensive capabilities. Despite Washington’s frequent expressions of willingness to discuss this issue with Beijing, this point remains an area of divergence.

Third, the expansion of U.S. missile defense, in both scale and effectiveness, is also a concern. This growth has been evident in quantitative developments, such as an increase in ground-based interceptors from 30 to 44, and qualitative improvements in terms of effectiveness, such deployment of X-band radar in Japan and possibly South Korea as well as the construction of a new land-based radar in Alaska. Additionally, the United States is developing a new “kill vehicle” capable of transmitting photographs in support of “shoot, look, shoot” capabilities.

Similarly, the expansion of U.S. theater missile defense in East Asia, specifically the potential deployment of the Terminal High-Altitude Area Defense (THAAD) system in South Korea, has been the focus of the missile defense debate between China and the United States. It is THAAD radar (TPY-2), rather than the interceptors, that concerns China. Besides serving as the fire control radar of the THAAD system, this radar could also be deployed in forward-based mode, tracking Chinese strategic missiles during the boost phase of flight and the deployment process of decoys and actual warheads. Therefore, the system could easily discriminate real warheads from decoys, as decoys are much lighter and the releasing of decoys causes smaller velocity changes of the offensive missile. If deployed, THAAD radar would pose a major threat to Chinese strategic missiles.

Recommendations for China and the United States in the Nuclear Domain

To maintain strategic stability, China and the United States should reach a common understanding on strategic offensive and defensive capabilities. For example, the United States could limit its missile defense—enough to counter North Korea’s unsophisticated missiles without threatening China’s more advanced strategic missiles. In return, China could agree to refrain from expanding its nuclear arsenal. If the United States is sincere in its declaration that homeland missile defense is not directed at China, this solution is in Washington’s interest. China has maintained a small nuclear arsenal for several decades, and the only reason it would have to increase its stockpile of weapons is to compensate for its nuclear deterrence capability being undermined by improved U.S. missile defenses. So this solution is also in Beijing’s interest.

The issue of a potential deployment of THAAD in South Korea could also be resolved in a way that meets the United States’ declared purpose without threatening China’s nuclear deterrent. China is concerned with THAAD radar because it could increase the target discrimination capability of U.S. homeland missile defense. But target discrimination is not a problem for terminal defense systems, such as THAAD, because the atmosphere simply screens out all decoys automatically. Thus, China’s concern over THAAD radar is not linked to the defense of South Korea. Therefore, a solution could be that only THAAD interceptors are deployed in South Korea and that they are integrated with South Korea’s current missile defense radar, the Green Pine system.

In order to encourage U.S. restraint on missile defense, China could explicitly link discussions on U.S. missile defense with the Chinese nuclear arsenal. If the United States improves the effectiveness or expands the scale of its missile defense capabilities, China would build more nuclear missiles capable of targeting the United States to compensate for the negative impact on China’s nuclear deterrent. Alarming signals would include the deployment of highly capable radar on China’s periphery, more interceptors capable of engaging Chinese strategic missiles, and new assets or firing doctrines that could improve target discrimination capability.

Third, China could make reasonable efforts to maintain or develop a clear distinction between its conventional and nuclear weapons. For example, China could demarcate its nuclear and conventional ballistic missiles by range, maintaining short- and medium-range missiles only for conventional purposes and intermediate-range and intercontinental missiles for nuclear needs. Finally, political leaders from both countries must understand the implications of ilitary strategy for nuclear escalation, balance military efficiency and escalation concerns, and maintain firm control over the level of escalatory risk.

Wu Riqiang is Associate Professor in the School of International Studies at Renmin University of China. 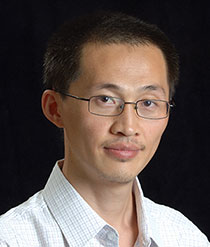