← Sovereignty and the Seas: Maritime Disputes in East Asia 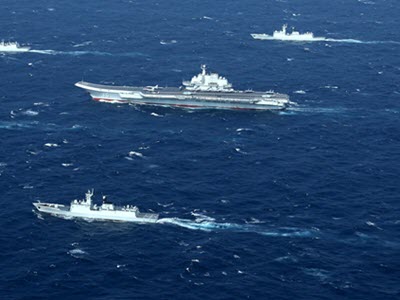 This aerial photo taken on January 2, 2017 shows a Chinese navy formation, including the aircraft carrier Liaoning (C), during military drills in the South China Sea. The aircraft carrier is one of the latest steps in the years-long build-up of China’s military, as Beijing seeks greater global power to match its economic might and asserts itself more aggressively in its own backyard. / AFP / STR / China OUT (Photo credit should read STR/AFP via Getty Images)