Southeast Asia and Sino-U.S. Competition
Between a Rock and a Hard Place

This chapter examines the impact of Sino-U.S. competition on Southeast Asia and assesses the individual and collective response of regional countries.

While Southeast Asia has a long history of coping with great-power rivalry, the current state of affairs is different on a number of counts. The first factor is the unpredictability and uncertainty in U.S. foreign policy associated with the Trump administration. Second, the role of China has evolved over the last two decades; the country is no longer merely a great power but one whose regional influence is more substantial than any other such power in recent history, with the exception of the U.S. Third, the stakes of great-power rivalry for Southeast Asia today are arguably higher than during the Cold War due to the risks that a major downturn in Sino-U.S. relations would pose for the prosperity that the region has enjoyed in the post–Cold War years.

Joseph Chinyong Liow is the Tan Kah Kee Chair in Comparative and International Politics and the Dean of the College of Humanities, Arts, and Social Sciences at Nanyang Technological University in Singapore. 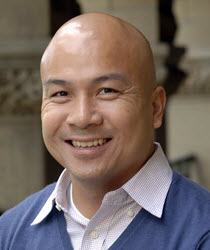