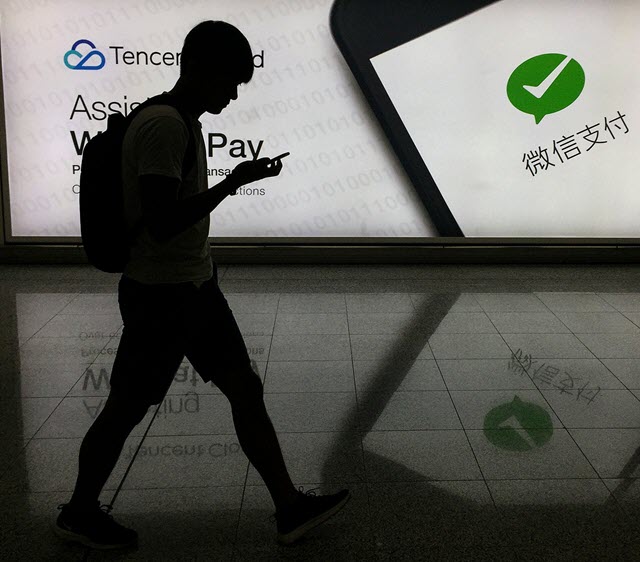 This photo taken on August 21, 2017 shows a man walking at Hong Kong’s international airport past an advertisement for the WeChat social media platform owned by China’s Tencent company. – US President Donald Trump on August 6, 2020 ordered sweeping restrictions against Chinese-owned social media stars TikTok and WeChat, which could strangle their ability to operate in the United States. (Photo by RICHARD A. BROOKS / AFP) (Photo by RICHARD A. BROOKS/AFP via Getty Images)