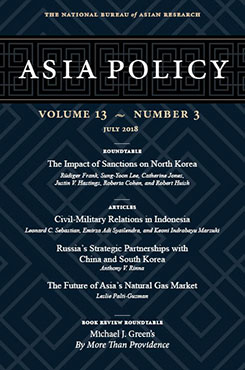 Russia opposes THAAD’s placement in South Korea and has begun to cooperate with China on missile defense. But despite this cooperation, THAAD’s effects on Russia’s relations with South Korea have been limited compared with China’s. Whereas Beijing retaliated economically, Moscow remains keen to develop closer trade ties with Seoul. The pursuit of strategic partnerships with China and South Korea has encouraged Moscow to maintain balanced relations with both countries even while facing a mutually contentious issue.