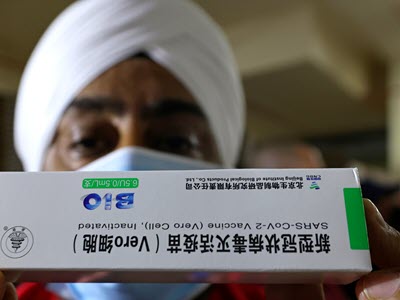 Rising-Power Competition: The Covid-19 Vaccine Diplomacy of China and India

Shiming Yang, a PhD candidate at USC, compares Chinese and Indian approaches to vaccine diplomacy and reflects on the implications for Asia.

The Covid-19 pandemic has disrupted the daily life of people around the world and changed the shape of global politics. Health diplomacy, which had attracted limited attention compared to political, economic, and military diplomacy, has gained new importance over the last year. Unlike during previous crises, however, rising powers are playing increasingly central roles in health diplomacy, especially in the developing world. China and India, in particular, have been proactive in using medical supplies and, more recently, vaccines to advance their diplomatic goals. This essay examines each country’s approach to vaccine diplomacy and analyzes the potential implications for the new normal in Asia.

Being the country where the Covid-19 virus first broke out, China initiated vaccine research in January 2020, before cases appeared in many other countries. Vaccine development teams featured public-private partnerships that combined state research institutions’ resources and pharmaceutical companies’ manufacturing capabilities. These teams gained significant financial, institutional, and infrastructural assistance from the government. Four vaccines have been approved in China and at least one foreign country (BBIBP-CorV by Sinopharm and the Chinese Academy of Sciences, CoronaVac by Sinovac Biotech, Convidecia by CanSinoBIO and the Academy of Military Medical Sciences, and ZF2001 by Zhifei Longcom and the Chinese Academy of Sciences).

The bulk of Chinese vaccines are produced domestically. With the help of the government, manufacturers started ramping up production capacity as vaccines were being developed and tested. As early as April 2020, Sinopharm established production lines in Beijing and Wuhan with an annual capacity of 300 million doses, with plans to eventually export 300 to 500 million doses to over twenty countries. Similarly, Sinovac and CanSinoBIO increased their production to 300 million and 200 million doses, respectively. This expanded capacity allows China to meet domestic demand as well as fulfill orders from abroad.

“China categorizes its vaccines as ‘public goods’ and has…provided vaccine aid to developing countries….Yet these donations usually come later and in smaller amounts than its commercial contracts.”

With limited domestic cases for clinical trials, Chinese vaccine developers conducted stage-three trials in developing countries—not just in Asia but across Latin America, Africa, and the Middle East. This strategy benefited from China’s “mask diplomacy” early on, but the main reason for these countries to host clinical trials was to secure better access to vaccines. Vaccine developers usually collaborated with local pharmaceutical companies or health departments, which helped recruit volunteers, coordinate physical and institutional resources, and conduct the trials in return for preferential pricing, delivery time, and technology transfer. If a local pharmaceutical company has hosted the clinical trial, the agreement can include conditions designating it as the in-country partner in manufacturing and distributing vaccines for domestic use and export. Nearly every country that hosted Chinese trials has ordered vaccines.

China categorizes its vaccines as “public goods” and has promised priority access to ASEAN and African countries and provided vaccine aid to developing countries. For example, in Asia, China donated 1 million doses to Cambodia and 300,000 to Myanmar and Laos, as well as batches to Brunei and Nepal, among other countries. In Africa, China has donated doses to Equatorial Guinea, Congo, and Sierra Leone, among others. In the Middle East, it has donated small amounts of vaccines to Iraq, Lebanon, and Syria. Yet these donations usually come later and in smaller amounts than its commercial contracts. For example, it donated 600,000 doses to the Philippines after the country ordered 25 million doses, 500,000 doses to Pakistan after it ordered 1.2 million doses, and 200,000 doses to Zimbabwe after it ordered 600,000 doses. While China is offering vaccine aid to 69 countries and exporting doses to 43 countries, the exported volume has been 100 times the volume of donations.

Moreover, Chinese vaccine diplomacy has been overwhelmingly bilateral to date. As China has delivered 5 million doses to 13 countries, with more on the way, its bilateral donations could exceed its contribution to COVID-19 Vaccines Global Access (COVAX), a global initiative to ensure equitable access to vaccines. China initially did not agree to join COVAX, before changing its mind in October 2020. China has pledged to buy vaccines for around 1% of its population through COVAX (approximately 15 million doses) but has yet to specify how it will buy these vaccines.

A major driving factor behind the decision to join the initiative may have been economic. Although China gets more reputational boost by donating directly to developing countries of its choice, its participation in COVAX, in addition to signaling support for multilateral institutions, serves as an incentive for the World Health Organization (WHO) to approve Chinese vaccines. China will most likely choose its own brands for the vaccines it has pledged to buy. When the WHO authorizes China’s vaccines, COVAX might then order doses of these vaccines with the money contributed by industrialized countries for developing countries, which could dramatically boost China’s share in the global vaccine market.

India is among the world’s largest pharmaceutical manufacturers, producing around 60% of the world’s vaccines by volume. It has been hard hit by the pandemic, with more than ten million infections (second only to the United States at the time of writing), and desperately needs vaccines to protect its people and economy. However, while India has developed several vaccine candidates in different stages of clinical trials, the main vaccine it uses for vaccine diplomacy is Covishield, the adapted version of the British vaccine developed by AstraZeneca and Oxford University. The Serum Institute of India, the world’s largest vaccine manufacturer, signed a deal in April 2020 to produce 1 billion AstraZeneca-Oxford vaccine doses, half for domestic use and half for other low- and middle-income countries, charging only production costs. By January 3, 2021, when India approved emergency use of the AstraZeneca-Oxford vaccine, the Serum Institute had produced 40–50 million doses of Covishield, with an expected production of 300 million doses by July. With limited domestic inoculation capacity, India has excess vaccines for diplomatic purposes.

“India’s vaccine diplomacy focuses on donations to its neighboring countries in South Asia and partners in Southeast Asia and Africa.”

India has actively engaged in bilateral and, to a lesser extent, multilateral vaccine diplomacy. Being a lower-middle-income country itself, India is a recipient as well as a contributor to the COVAX initiative. Yet as a major producer of the AstraZeneca-Oxford vaccine, it has pledged to deliver 240 million doses in the first half of 2021. India, however, has spent comparatively more resources on bilateral deals and donations. While the first COVAX shipments did not arrive in countries until the end of February, India’s bilateral donations started in early January. India’s vaccine diplomacy focuses on donations to its neighboring countries in South Asia and partners in Southeast Asia and Africa. Under its “neighborhood first” policy, India donated 2 million doses to Bangladesh, 1.5 million to Myanmar, 1 million to Nepal, 500,000 each to Sri Lanka and Afghanistan, 150,000 to Bhutan, 100,000 each to Cambodia and Maldives, and 50,000 to Seychelles in January. In February, India extended its donations to Caribbean countries, offering 570,000 doses to fifteen countries. These countries have a substantial Indian diaspora. So far, India has supplied 6 million doses of vaccine aid and 29.4 million doses as commercial exports, including to major economies such as Brazil, Algeria, South Africa, and Egypt, as well as some countries that received vaccine donations, such as Myanmar and Bangladesh.

IMPLICATIONS FOR THE NEW NORMAL IN ASIA

China’s and India’s approaches to vaccine diplomacy differ in ambition, strategy, and operationalization. Neither is doing pure charity, and vaccine aid is a small portion of the exported volume of doses. Both countries prioritize bilateral channels to conduct vaccine diplomacy.

China has a global ambition to provide vaccines to developing countries across regions as it aspires to become an economic and technology giant with unrivaled R&D as well as manufacturing capabilities. To achieve this goal, it has invested heavily in vaccine development, transnational clinical trials, and marketing, which ultimately won orders for hundreds of millions of doses. China’s vaccine diplomacy, just like its “go out” policy and Belt and Road Initiative, also aims to export jobs, technology, and supply chains.

India’s ambition, on the other hand, is more regional. With no self-developed vaccine, India’s vaccine diplomacy is built on its role as the main manufacturer for AstraZeneca, which allows it to produce vaccines at low cost and distribute them with little resistance. This means that the country’s vaccine diplomacy is conducted through aid as opposed to commercial sales, which limits its scale and form.

China and India do not conduct vaccine diplomacy independent of one another. Although differing in geopolitical ambition and diplomatic tactics, they compete for international recognition and influence over developing countries. A number of these countries, such as Nepal, Cambodia, Myanmar, and Sri Lanka, have received donations from both countries, and the donations differ with either power’s willingness to strengthen or repair the relationship. China, for example, donated 300,000 vaccine doses to Nepal a week after India delivered 1 million doses. Likewise, India announced that it would donate 100,000 doses to Cambodia a day after the country received 1 million doses from China.

Unlike military and resource competition, however, this competition to provide public goods offers more opportunity than risks to regional countries. Neither China’s nor India’s vaccine aid or sales are exclusive, and smaller countries are better off by diversifying their vaccine supply and hedging between powers to get more doses. This dynamic has important implications for the new normal in Asia.

As climate change increases the likelihood of health crises and natural disasters that call for greater provision of public goods, the continuing competition between Asia’s two largest rising powers could create positive spillover effects for the rest of the region. Prominent examples are China’s Belt and Road Initiative and the Indian-led International Solar Alliance. Although neither country is keen to join the other’s transnational initiative, both initiatives have and are investing in infrastructure across South and Southeast Asia.

On the other hand, this competition in health diplomacy has its own risks. Although, as analyzed above, China and India differ in their strategies and tactics, they do operate in the same region, and their health diplomacy can intersect with other dimensions where they are more competitive or even confrontational. The dynamics between the two countries are also influenced by major powers outside the region. At the recent Quad Summit, for example, the United States, Japan, and Australia worked with India and pledged to supply up to 1 billion Covid-19 vaccine doses across Asia by the end of 2022 to counter China’s growing influence. If competition intensifies to the point that smaller countries must take sides, that will bring new uncertainties to the Indo-Pacific.

Shiming Yang is a PhD candidate in political science and international relations at the University of Southern California. She studies global environmental politics with an emphasis on developing countries. This essay draws from the research project “Varieties of Vaccine Diplomacy: How Rising Powers Engage with the Game of Health Diplomacy and Their Implications for Global Governance.”

Correction (May 21, 2021): An earlier version of this essay stated that India is a recipient rather than a contributor to the COVAX initiative. 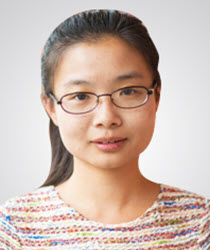