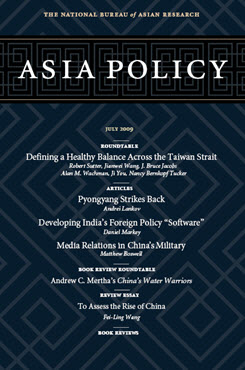 This article explains why the North Korean government has attempted to reassert state control over society—which had been eroding from 1994–2002—and offers predictions regarding the impact that this shift will likely have on North Korean society.

From 1994 to 2002 North Korean society changed tremendously: state-run industry collapsed, the rationing system ceased to function, and free-market activity, though still technically illegal or semi-legal, became most citizen’s major source of income. Although not initiated by the government, in 2002 some of these spontaneous changes won the belated and conditional approval of the regime.

The evidence emerging in the last three to four years demonstrates, however, that the North Korean government has chosen not to tolerate those changes. This policy of recrudescence, while economically self-destructive, makes political sense because the existence of an affluent and free South Korea makes North Korea far more insecure. The leadership in Pyongyang has reason to believe that any domestic liberal reform in North Korea would lead to a regime collapse.