Promoting Strategic Stability in the Midst of Sino-U.S. Competition

In advance of the summit between President Obama and President Xi, Elbridge A. Colby (Center for a New American Security) discusses the role of nuclear stability in the U.S.-China relationship and suggests recommendations for the two leaders

Nuclear weapons are becoming an increasingly salient component of U.S.-China security relations, as China’s recent efforts to modernize its nuclear arsenal have raised eyebrows in Washington. The upcoming summit between Presidents Barack Obama and Xi Jinping provides the two leaders an opportunity to discuss this issue and to task their respective bureaucracies with promoting nuclear stability.

Traditionally a somewhat marginal element of the U.S.-China relationship, nuclear weapons are gradually increasing in importance in it for an interrelated set of political, strategic, and military reasons. One reason nuclear weapons are becoming more salient is because China is modernizing and expanding its nuclear arsenal, thus far, it appears, modestly. By making its nuclear weapons more survivable, credibly usable, and discriminately controllable, China is augmenting their strategic and military influence. Additionally, the conventional balance in the Western Pacific between the United States and its allies on the one hand and China on the other is becoming significantly more competitive. This is increasing the potential for so-called inadvertent escalation in the midst of conflict. If the conventional military balance shifts markedly further in China’s direction, the United States and, indirectly, its allies that rely on the U.S. nuclear umbrella will have greater incentives to compensate for their diminished conventional advantages by relying on nuclear weapons to deter China. While none of these factors dictates that nuclear weapons will come to dominate U.S.-China relations, they do suggest that nuclear weapons will become increasingly salient.

In light of these realities, the United States and China will naturally take steps to improve their competitive positions, including in the nuclear domain, as they jockey for influence and advantage in the Asia-Pacific and beyond. But not everything in the Sino-U.S. strategic or nuclear relationship will need to be zero sum-competition. Rather, even as both sides and their allies and partners take steps to improve their competitive positions, each side will benefit from avoiding unnecessarily exacerbating tensions, contributing to misunderstandings and exaggerated assessments, or going to war for reasons other than vindicating or defending their interests. In blunter terms, both the United States and China have a potent interest in not poisoning relations or, at worst, in not going to war inadvertently or by mistake.

Steps to serve these shared goals will be particularly important because factors pressing toward greater tension and intensified arms competition are likely to sharpen in coming years. Indeed, we can already see that each country’s actions are at least in part leading to—or being used to justify or rationalize—compensatory steps by the other side, steps seen as necessary and responsive by the one but as destabilizing by the other. China, for instance, has already made clear that it believes the United States’ development of missile defense capabilities, particularly those designed to defeat the North Korean intercontinental ballistic missile (ICBM) threat, represents a threat to its strategic forces. Beijing points to those missile defense (and conventional strike) capabilities as reason for the modernization and expansion of its own nuclear force. Meanwhile, many in the United States are increasingly concerned that China’s equipping of its ICBM force with multiple independently targetable reentry vehicles, development of a ballistic missile submarine fleet, and overall growth of its nuclear arsenal augur an expansion of the role of nuclear weapons in China’s defense strategy. Concern regarding such an expansion is driving a growing segment of U.S. policy opinion to advocate responding by building up a range of strategic capabilities.

Military modernization is of course highly likely to continue on both sides. The key, however, is to attempt to channel these efforts in directions that are more conducive to stability. Thus, while it would be futile and imprudent to try to fully arrest the two countries’ military advances, there are things that the United States and China could do, both unilaterally and jointly, with respect to their military postures and particularly their nuclear arsenals and strategic capabilities to counteract pressures toward arms racing, reduce misunderstanding, minimize erroneous interpretations, and broadly diminish the incentives for conflict. In the longer term, this can and should include appropriately tailored arms control agreements between Washington and Beijing designed to promote stability.

Although any comprehensive arms control agreement is likely far off, the two sides can take a host of more modest but still useful steps in the nearer term. For instance, both states could work to agree on measures designed to provide a clearer and more verifiable picture of their strategic developments. Such measures could include data exchanges, site visits, exhibitions of strategic weapons systems that have provoked concern, and invitations for observers to attend tests of such systems. These initiatives could be implemented separately or jointly.

For the United States, such measures would hold the attraction of providing a better picture of the scope and ambition of China’s development of its nuclear forces and other strategic capabilities. For China, they would mean a clearer insight into the same aspects of U.S. developments in missile defense, conventional strike, and other strategic capabilities. The purpose of providing such insight would not be to compromise the effectiveness of these capabilities—quite to the contrary, effective security measures must be factored into any such arrangement—but rather to give each side greater, more tactile confidence in its assessments of the other’s buildup of strategic forces and assets and to demonstrate that those deployments are not designed to overturn the existing stability relationship between Washington and Beijing. Assuming that neither side wishes to upend the existing nuclear and strategic balance between the two states, such confidence should encourage greater mutually beneficial restraint.

Recommendations for the Obama-Xi Summit

During their meeting in September, Presidents Obama and Xi will likely not enjoy the bandwidth needed to address these complicated issues in any detail. What they can, however, do is jointly bless the cause of stability and nuclear risk reduction between the two countries. An affirmation to this effect in the presidents’ joint statement would establish this mutual goal. And in service of it, the presidents should task their respective bureaucracies with beginning serious, earnest efforts to develop concrete proposals to promote stability—even modest ones—for consideration by the countries’ senior leadership. The presidents could also authorize and encourage their bureaucracies to engage with their counterparts from the other country at the official (or Track 1) level to ensure that such preliminary recommendations are useful, practical, and consonant with security requirements. Nuclear and strategic issues could also be specified for serious discussion at regular meetings like the Strategic Security Dialogue, the Security Dialogue, and the Asia-Pacific Consultations. Such efforts can draw on the work of the bevy of Track 2 (and Track 1.5) dialogues and other engagements from recent years, which have generated a large number of candidate stability measures.

These steps will not transform the U.S.-China relationship, nor do plausible stability measures justify such a hope. But they do hold the promise of allowing the two countries, even as they compete, to reduce the chances of miscalculation, mistaken assessment, spirals of tension and animosity, and even inadvertent or unnecessary conflict. Even modest reductions of these risks are surely to be welcomed.

Elbridge A. Colby is the Robert M. Gates Senior Fellow at the Center for a New American Security (CNAS), where he focuses on strategic, deterrence, nuclear weapons, conventional force, intelligence, and related issues. 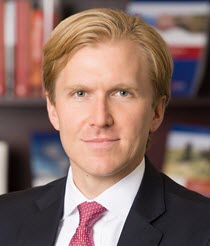