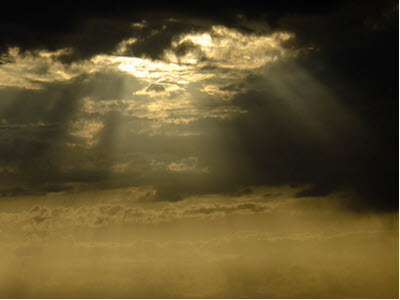 Profound Forces
The Pandemic as Catalyst

NBR founding president Kenneth B. Pyle (University of Washington) sounds a warning call on several overwhelming forces that threaten the very foundations of the liberal international order and have become all the more urgent as a result of the pandemic. This is the fourth essay in the series “The New Normal in Asia,” which explores ways in which the Covid-19 pandemic might adjust, shape, or reorder the world across multiple dimensions.

The eminent British historian A.J.P. Taylor often referred to the way in which “profound forces” influence the course of human history. By this, he meant that history in certain times has been changed by forces seemingly beyond the ability of humans to control. He wrote about the political and social trends that roiled Europe and led to both world wars. The profound forces can sometimes seem so overwhelming as to carry away all that is before them.

If ever that was true, it is so today. We are in the thrall of driving forces. The Covid-19 pandemic is the most recent. In my view, it has acted as a kind of catalyst speeding up and intensifying the other motive forces that predated it. By distracting and further dividing nations, the pandemic has made cooperation more difficult. The cumulative effect is to create an epochal time of crisis and looming danger. The pandemic itself has a solution. A vaccine may cure it, although not the human and economic consequences. The other forces do not yet have a solution. They require collective action. Their locus is primarily in Asia, now the center of gravity in world power. Together these profound forces make existential crisis in Asia the new normal.

What are these other forces that the pandemic is intensifying? Let us name them. First, there is climate change. The psalmist tells us that the good Lord gave us dominion over all the works of his hands, but we have done a poor job of stewarding the creation. The devastating effects are well known even as we fall short of taking measures to deal with them. Asia with its late industrialization is critical to the solutions. China and India along with the United States must reach agreement and lead.

“The speed with which the fourth industrial revolution is developing, together with its complexity, challenges human capacity to keep pace. Failure to manage innovation has historically brought disaster.”

Second, there is the technological revolution which has many perplexing aspects, including artificial intelligence, editing the genome, and much more. The consequences have both promise and peril. Every plus has its minus. Among the latter is a digital form of authoritarianism with unprecedented capacity for surveillance, which has brought to life a regime in China of the kind that George Orwell prophesied. The speed with which the fourth industrial revolution is developing, together with its complexity, challenges human capacity to keep pace. Failure to manage innovation has historically brought disaster.

Third, there is the nuclear revolution. We have tended to become psychologically numb to this existential crisis, which dates from the first use of nuclear energy in war in 1945. The “long peace” of the Cold War years lulled us into belief that there is a “nuclear taboo” that protects us from Armageddon: knowing the horror of nuclear weapons will keep nations from using them. The Cold War and post–Cold War agreements on arms control are lapsing and no progress in replacing them is in sight. In Asia, there are still no agreements with China, which for its part sees no need to negotiate. The Nuclear Non-Proliferation Treaty is on life support, while tensions between two nuclear weapons states outside the treaty, India and Pakistan, continue to escalate. The North Korean dictator has the ability to proliferate, blackmail, or initiate a destructive war.

Fourth, the revolution in military affairs is increasing the threat of cyberwarfare, including the ability to strike the electronic grids of other countries, literally disrupting civilized life. Cybersecurity has thus become essential. There is also the growing prospect of warfare in space. No norms have been established yet to govern these new forms of potential conflict.

Fifth, there is a new form of an old disruptive force—great-power competition and the challenges to the weakening global order. Rising powers in Asia have radically changed the distribution of power in the world. History has taught us that such long-term shifts in the balance of power turn out to be disruptive of peace and stability. New powers want their status acknowledged. War has been a principal motive force in bringing about change in the international system. For the time being, China is seeking to change the order by gray-zone encroachment and by its ambitious Belt and Road Initiative.

“As economic growth inevitably slows and domestic crises increase, the Chinese Communist Party will likely turn to nationalism as its legitimizing ideology.”

Finally, there is nationalism, the oldest of the driving forces. It remains the most powerful political ideology in the world. The other forces require recognition of countries’ interdependence and the need for a global response, but the world is being pulled apart by the centrifugal forces of nationalism. Still, it need not be a negative force. Nationalism can be a civic ideology that encourages people to work together to achieve positive outcomes. In South Korea, nationalism has been the source of some of the country’s remarkable recent achievements. The national pride the South Korean people have taken in their new democratic government helps explain their success in dealing with the pandemic and their impressive turnout in the midst of the pandemic to participate in a national election. Elsewhere, however, nationalism has been a bane of global responses to the forces that challenge our survival. In the United States, we are trending toward a narrow “America-first” approach to the world for understandable reasons. A wasteful and misguided interventionist foreign policy intended to remake other countries has run amok. Hyper-globalization has proved costly to the majority of the American people. It is in China, however, where the most dangerous form of nationalism looms. Historically the nationalism of rising powers has proved combustible, creating popular pressures for assertive and expansionist policies. As economic growth inevitably slows and domestic crises increase, the Chinese Communist Party will likely turn to nationalism as its legitimizing ideology.

In sum, as the dangers posed by these forces rise and require global responses, the liberal order is eroding. The international institutions created after World War II have long needed reform or replacement to reflect new realities. Nevertheless, the values underlying those institutions are ones we cherish and should seek to preserve. What is to be done?

In pondering causation in history, A.J.P. Taylor and other historians have thought not only about profound forces but also—at the other end of the scale—about human agency, the role of particular idiosyncratic leaders to cause or to overcome disaster. Leadership is key. It is notable that Americans have rarely pondered the role of profound forces in their country’s short history, perhaps persuaded that able leadership has surmounted such disruptive forces during the 1860s and the 1930s. In Asia with its longer history, profound forces have been experienced as an inevitable part of human life. They must be borne with and adjusted to. Thus, if the U.S. alliance were to falter, Japan would likely accommodate an ascendant China and exercise the nuclear option to preserve its autonomy.

U.S. leadership is still needed. That will not be easy, especially in a deeply divided country. Social peace will require difficult reforms to redress economic inequities, a new generation is impatient for change, fiscal austerity will compel trade-offs between defense and domestic spending, and reluctance to provide the public goods expected of world leadership is on the rise. We must deal with domestic challenges as well as the international forces. The United States was fortunate to have a remarkable generation of leadership that designed the international institutions of Pax Americana. But that was a different time. In 1945, the United States accounted for over 40% of world GDP. Today it is only half that amount.

We are thus at an inflection point that will require a new, more cooperative form of leadership. Unless the United States plays a leading role with a well-executed strategy to reform international institutions, to rehabilitate alliances and partnerships especially in Asia, to maintain a coherent balance of power, and to lead in the collective action needed to deal with the profound forces, the existing order may be overwhelmed. We will need exceptional leaders capable of forging a civic nationalism that understands it is in the national interest to lead in securing collective action and global solutions. However inexorable the profound forces may seem, nothing is inevitable in history.

Kenneth B. Pyle is the Henry M. Jackson Professor Emeritus at the University of Washington and founding president of the National Bureau of Asian Research. 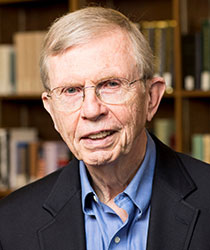