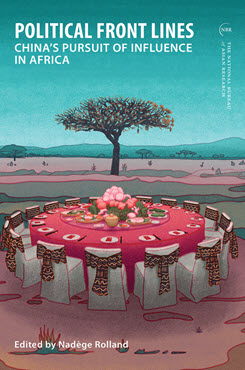 This essay examines the party-to-party relations that the Chinese Communist Party (CCP) has established with African political groupings in sub-Saharan Africa and shows how these relations have allowed the CCP to enhance its political influence there.

Although under Mao Zedong the CCP developed relations with other Communist parties or left-wing liberation movements, since the beginning of the reform era, and especially the 1990s, it has embarked on a catch-all strategy. As elsewhere, in sub-Saharan Africa the CCP has focused on ruling rather than opposition parties and countries that matter for the Chinese economy. For that purpose, the CCP International Liaison Department (CCP-ILD), the bureaucracy in charge of this task, has intensified its relations with sub-Saharan African political parties, inviting local party officials to make “study tours,” attend seminars, or follow training sessions in China more often. The CCP-ILD’s mission and objectives are to play a role complementary to the Ministry of Foreign Affairs, facilitating the access of the Chinese government (or party-state) to the political elites and giving it more opportunities to influence and eventually “capture” them. Officially, the CCP-ILD’s aim is not to export the “China model” as such, but rather to promote the Chinese “form” of governance, economic organization, and “democracy.” It is thus part of China’s ambition to enhance its soft power and neutralize as much as possible what it perceives as “hostile forces.” The CCP- ILD’s objective is also to convince more African countries to support its approach to the international order and international norms.

Jean-Pierre Cabestan is a Senior Research Fellow at the French National Centre for Scientific Research and a Research Professor at Hong Kong Baptist University.