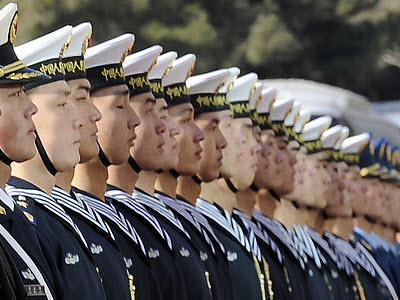 Oriana Skylar Mastro (Georgetown University) argues that China is pursuing a military strategy of “regional power projection” to protect its national interests and shape both the regional security architecture and the decision-making of other actors.

After consolidating his political power and expressing his commitment to strengthening the Chinese military at the 19th Party Congress, President Xi Jinping will meet with President Donald Trump this week in Beijing. In this Q&A, Oriana Skylar Mastro (Georgetown University) argues that China is pursuing a military strategy of “regional power projection” to protect its national interests and shape both the regional security architecture and the decision-making of other actors. She explains that China is likely to adhere to this strategy in the coming years due to its focus on regional threats, relatively limited national power, and reluctance to form alliances and establish extensive overseas bases.

Dr. Mastro is the author of the chapter “Ideas, Perceptions, and Power: An Examination of China’s Military Strategy” in Strategic Asia 2017–18: Power, Ideas, and Military Strategy in the Asia-Pacific.

China faces a wide range of internal and external challenges, from maintaining domestic stability and sustainable economic growth to asserting its position in the international system and protecting its sovereignty and territorial integrity as Beijing defines it. China has five potential national military strategies to choose from to mitigate these challenges: internal security, external defense/continental power, regional power projection, regional hegemony, and a global military strategy.

China is currently pursuing a regional power-projection strategy. In this situation, the military moves from a ground-centric, manpower-heavy force to a professionalized one, with a strong and high-tech air force and navy capable of projecting power beyond the country’s borders on the ground, in the air, and at sea. The objective is to leverage the military to protect national interests throughout the region, shape the decisions of regional actors, and perhaps play a greater role in the regional security architecture.

National power, threat perceptions, and ideational factors have combined to make this the most attractive option. China currently sees the main threats to its national security as being regional in nature and stemming largely from the United States. However, it does not yet possess the national power to choose the more ambitious strategy of regional hegemony, which would include pushing the United States out of the region. Moreover, persistent views in China against alliances and extensive overseas basing make the development of a globally relevant military impossible logistically.

China has indicated an intention to expand the definition of its “region” to include South and Central Asia. What does it hope to accomplish by projecting power westward?

For now, China seems mainly interested in projecting economic power into Central and South Asia. Increasing Chinese influence in these areas supports the economic and political base of China’s rise and contributes to its comprehensive national power. An additional benefit is that China can expand its reach without provoking a strong U.S. response because these areas are not top policy priorities for the United States. China also faces some vulnerabilities in terms of internal stability along its western border, so strong relations with bordering countries contribute to its ability to control these issues.

The open question is whether China will begin to project military power into Central or South Asia, including the Indian Ocean, as a part of this strategy. Military power has tended to follow economic power as commercial interests and citizens working, living, and traveling overseas need government protection, but this is not a given. The contours of what China defines as its region have expanded under Xi Jinping, but we will have to wait to see whether the country starts to reallocate military resources in response.

During the recent 19th Party Congress, what did Xi Jinping indicate would be China’s strategic priorities in the near future? How do they reflect this strategy of regional power projection?

In Xi’s three-and-a-half-hour speech, he did not discuss specific foreign policy issues. He did not mention the United States, though he highlighted the need to “construct a steady and beneficial diplomatic framework with big powers.” The only issue he mentioned explicitly was the South China Sea, as he lauded the party’s progress in land reclamation there.

However, Xi did emphasize repeatedly the critical role of a strong military in ensuring the success of the “China dream” and the rejuvenation of the Chinese nation. “Xi Jinping Thought,” now enshrined in the constitution, makes clear that this goal of building a strong military entails transforming “the people’s forces into world-class forces that obey the party’s command, can fight and win wars, and maintain excellent conduct.” So the bottom line is that the military will play a greater and greater role in Chinese foreign policy in the upcoming years, and China is committed to succeeding in this regional power-projection strategy.

You recommend in your chapter that the United States maintain its presence and posture in Asia relative to China. During his visit to Beijing this week, how do you think President Trump will address China’s strategic posture in Asia?

President Trump is expected to emphasize bilateral economic issues and the North Korean nuclear issue in his meetings with China. The South China Sea, which was the major point of tension between the two countries during the Obama years, did not even come up at the Mar-a-Lago summit in April. This was a huge win for China, which is actively trying to expand and consolidate its control over this critical waterway.

I argue in my chapter that China is not seeking to push the United States out of the region, primarily because China believes that it does not have sufficient military power to do so. This assessment could change if the Trump administration continues to give Beijing the impression that the South China Sea, and in turn the U.S. ability to operate freely in the Asia-Pacific, is not a priority.

Oriana Skylar Mastro is an Assistant Professor of Security Studies in the Edmund A. Walsh School of Foreign Service at Georgetown University.

This interview was conducted by Melanie Berry, a Political and Security Affairs Intern at NBR. 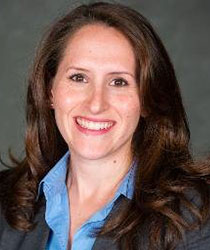