This chapter examines the competition between the U.S. and China in Oceania and finds that it is greatly complicating regional relationships and power dynamics.

READ AN INTERVIEW WITH THE AUTHOR

The growth in China’s presence and influence in Oceania has led to both alarm and opportunity in this normally uncontested region. While Pacific Island leaders see the economic and diplomatic benefits of engaging with China, the Australian and New Zealand governments worry about the prospects of Chinese bases so close to their shores. The U.S., Australia, and New Zealand have responded by refocusing their attention on the island states of the South Pacific, seeking both to compete directly with China’s initiatives and to raise regional concerns about the dangers of China’s presence. Most of the island states have refused to accept this polarizing logic and instead have seen China’s presence and the greater U.S., Australian, and New Zealand attention that it has spurred as an advantage. Moreover, they have insisted on pursuing their own alternative nontraditional security agenda that is heavily focused on addressing climate change.

Michael Wesley is Deputy Vice-Chancellor International at the University of Melbourne in Australia. 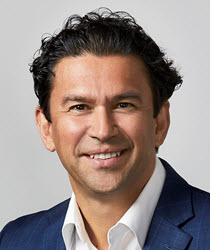