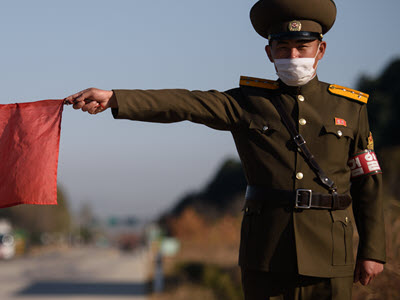 Stephanie Char examines North Korea’s increased diplomatic and economic isolation in response to Covid-19 and considers the implications for the country’s relations with regional neighbors and the United States in the new normal.

Over the course of the Covid-19 pandemic, North Korea has deliberately engaged in policies of greater diplomatic and economic isolation and rebuffed offers of cooperation from South Korea while maintaining positive public relations with China. These policies continue trends that had been gaining momentum before the onset of the pandemic. In 2018–19, a series of bilateral summits between Kim Jong-un and Presidents Donald Trump and Moon Jae-in did not result in tangible advances or productive negotiations on nuclear disarmament. By December 2019, North Korea had issued warnings of an impending “Christmas gift,” which observers predicted would take the form of a missile launch.

Although North Korea did not follow through on this threat, relations with both South Korea and the United States had deteriorated significantly by the time of the first reports of the Covid-19 outbreak in China in January 2020. Since then, North Korea’s increased isolation has underscored its reliance on China in the face of economic difficulties imposed by the pandemic and UN sanctions. Although the North Korean government has enacted various measures to evade sanctions, the pandemic may further incentivize the Kim regime to return to nuclear discussions in order to alleviate sanctions.

Soon after initial reports of the Covid-19 virus emerged from China, North Korea implemented stringent travel restrictions. The government suspended visits from foreign tour groups even before the Chinese government announced lockdown policies in Wuhan and then halted all ground and air travel. North Korea’s response was consistent with its reactions to Severe Acute Respiratory Syndrome (SARS) in 2003 and Ebola in 2014. In both cases, the government reacted to reports of an infectious disease with swift travel restrictions, given the weakness of the country’s domestic health infrastructure. Indeed, North Korea had announced plans to construct a new hospital in Pyongyang to bolster its healthcare capacity in December 2019 and accelerated construction following the outbreak of Covid-19. This hospital, however, was deemed a “white elephant” project by the UN Panel of Experts. And although the government declared through at least the summer of 2020 that North Korea had no cases of Covid-19, this claim has been met with skepticism given the lack of testing.

“The combination of travel restrictions imposed by the government during the pandemic and sanctions adopted by the UN Security Council since 2017 has been devastating for North Korea’s already fragile economy.”

Regardless of the official case count, the North Korean government has taken significant precautions to prevent the spread of Covid-19 domestically. The combination of travel restrictions imposed by the government during the pandemic and sanctions adopted by the UN Security Council since 2017 has been devastating for North Korea’s already fragile economy. In particular, increased restrictions of movement across the border with China and within North Korea have had severe repercussions, including shortages of food and medical supplies. Besides reducing both licit and illicit trade with China, North Korea refused aid from the World Food Program after heavy flooding in August 2020 owing to concerns about Covid-19 transmission. Beyond the economic difficulties related to the pandemic, North Korea has continued to face sanctions and other restrictions on various exports and imports, including oil.

In state media, the Korean Workers’ Party has openly discussed its concerns about the state of the economy, raising the question of whether the regime will remain resilient to the pressures of the pandemic. The UN Panel of Experts described the humanitarian situation as “dire and rapidly deteriorating,” yet the panel also reported numerous violations of sanctions by North Korea, notably related to imports of refined petroleum. Given the country’s ability to subvert sanctions through deceptive maritime practices, cybercrime, and other measures, the pandemic alone may not jeopardize regime security. It could, however, push the Kim regime to return to negotiations in the near term.

North Korea has sustained positive public relations with China throughout the pandemic, despite stricter enforcement of travel restrictions across their shared border. North Korea’s state media has published information about the virus announced by Chinese authorities while avoiding blaming or criticizing China for the outbreak and subsequent spread of Covid-19. If anything, the Rodong Sinmun (the Workers’ Newspaper) has continuously reported the case count in South Korea instead of that in China.

“The pandemic has demonstrated North Korea’s reliance on China’s economy and affirmed rather than jeopardized their diplomatic relationship.”

China’s state media has likewise continued to depict close relations with North Korea. In February 2020, Xinhua reported receiving “sincere sympathies” from Kim Jong-un regarding Covid-19. Since then, Xinhua has also announced North Korea’s diplomatic support of China’s policies in Hong Kong and the South China Sea, congratulations conveyed from President Xi Jinping to North Korea on the occasion of state and party anniversaries, and an official commemoration of China’s military support to North Korea in the Korean War. In April 2021, China appointed Ambassador Liu Xiaoming as its new special representative on Korean Peninsula affairs, demonstrating that a veteran diplomat would manage China’s diplomacy toward North Korea and any potential multilateral talks. The pandemic has demonstrated North Korea’s reliance on China’s economy and affirmed rather than jeopardized their diplomatic relationship.

In contrast, North Korea’s public diplomatic relations with South Korea have worsened significantly during the pandemic. Upon news of the spread of Covid-19 in South Korea, Kim and Moon initially exchanged friendly letters in March 2020. Over the summer, however, North Korea cut off communication lines and demolished the newly built inter-Korean liaison office, which was both a practical and symbolic means for communication. When a defector to South Korea returned to North Korea, the Kim regime accused him of potentially introducing Covid-19 to the country and declared a state of emergency in the border city of Kaesong. In September 2020, the two leaders once again exchanged sympathies over Covid-19 in South Korea and flooding in North Korea. But soon after, the North Korean military fatally shot a South Korean fisheries official who had floated into North Korean waters in an apparent defection attempt, and then burned his body out of fear of Covid-19 transmission.

Beyond spurning diplomatic contact with South Korea, North Korea’s Covid-19 policies have led to a meaningful reduction in the foreign diplomatic presence in Pyongyang. Due to strict quarantine requirements for foreign missions and the increasingly difficult economic conditions, many diplomats departed from North Korea as early as March 2020. As of April 2021, the Russian embassy in Pyongyang confirmed that around half the embassies in the city had closed their missions. Given North Korea’s approach to the pandemic, it may remain difficult for foreign diplomats to return to Pyongyang until concerns about Covid-19 have subsided significantly worldwide.

As a result, any new bilateral talks between North Korea and the United States under President Joe Biden will be limited to the few remaining diplomatic channels available, such as the North Korean mission to the United Nations in New York. In March 2021 the Biden administration stated that it had not received a response to its outreach to North Korea. This report was confirmed by North Korean foreign minister Choe Son hui. Furthermore, North Korea recently announced that its athletes would not attend the Summer Olympics in Tokyo due to Covid-19 concerns. This decision, while not necessarily final, removes an opportunity for sports diplomacy, which South Korea leveraged when hosting the 2018 Winter Olympics in Pyeongchang. Moon has attempted to continue sports diplomacy, even suggesting that the two Koreas co-host the 2032 Olympics, but North Korea has not returned such overtures.

Even though North Korea’s response to the pandemic has diminished the number of channels for talks, ongoing economic difficulties exacerbated by Covid-19 restrictions will likely increase the government’s incentives to restart negotiations on denuclearization. China’s willingness to continue to implement and extend UN sanctions, or to play a larger role in diplomacy than in 2018 and 2019, will be pivotal given its unique position as a state that retains friendly ties with the North Korean government. As a result, multilateral coordination in any negotiations with North Korea will depend on the willingness of Beijing and Washington to prioritize and compartmentalize such negotiations from other issues in Sino-U.S. relations.

Stephanie Char is a PhD candidate in political science at Columbia University, where she studies international relations and East Asia. She previously worked at the Boston Consulting Group in Washington, D.C. 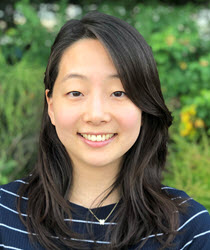