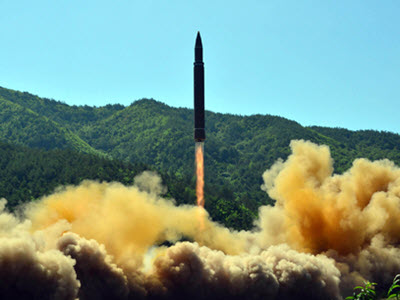 Since the early 2000s, the United States’ pursuit of a national missile defense system has been predicated on the assessed likelihood that one or more “rogue” states would soon acquire intercontinental-range ballistic missiles (ICBMs). In 2017, North Korea carried out three successful ICBM tests, demonstrating a rudimentary capability to hold U.S. homeland targets at risk. North Korea continues to be a major driving force behind U.S. investments in homeland missile defense.

The Ground-based Midcourse Defense (GMD) system, deployed in Alaska and California, remains the United States’ sole operational homeland defense system. But plans to incorporate a “layered” homeland missile defense system with other capabilities are underway and represent a major component of the FY 2022 activities of the U.S. Missile Defense Agency (MDA).

Despite these ongoing investments, several factors, including technical shortcomings, a poor record of testing, and limited oversight, have cast significant doubt on the ability of homeland missile defenses to cope with a North Korean nuclear attack on the contiguous United States. Separately, North Korea appears to be pursuing qualitative improvements to its intercontinental-range delivery systems as well as quantitative force expansion. These developments will further financially and technically stress U.S. homeland missile defense capabilities.

HOW PYONGYANG KEEPS UP WITH U.S. MISSILE DEFENSE EFFORTS

North Korean leader Kim Jong-un has called U.S. missile defense capabilities a challenge. In April 2019, shortly after his second summit with then president Donald Trump in Hanoi, Kim cited the March 2019 FTG-11 test of the GMD system as an example of “hostile moves” that “seriously rattle us.”[1]  As early as 1999, when the U.S. National Missile Defense Act was signed into law by the Clinton administration, North Korea expressed its interest in pursuing “countermeasures”—long before it possessed an actual ICBM capability.

North Korea’s ICBM capability remains minimally tested, with two tests of the Hwasong-14 ICBM and just one of the Hwasong-15 ICBM. Two of those three tests (on July 28, 2017, and November 28, 2017) were carried out at nighttime to exploit a perceived gap in the GMD system. In testing to date, the system has yet to exhibit success against a target re-entry vehicle at night. Although its intercepts take place outside the Earth’s atmosphere, this is technically defined as a test where the target vehicle is obscured by the earth’s shadow and results in a differing infrared signature. Intercepting a target at night could pose a greater challenge for the system’s kill vehicle.[2] The nighttime ICBM tests indicate an operational interest in North Korea to launch missiles under less favorable conditions that potentially take advantage of a deficiency in U.S. homeland missile defense capabilities.

The quantitative expansion of North Korea’s nuclear forces will pose near-term challenges for U.S. homeland defense efforts as well. During his New Year’s Day address in 2018, Kim Jong-un called for the mass production of ballistic missiles and nuclear warheads. Since then, evidence has emerged that North Korea has expanded its force and is likely producing fully indigenous large launchers for its road-mobile ICBMs. At an October 2020 military parade, a new ICBM—the largest road-mobile missile ever shown by North Korea—appeared on an unidentified transporter erector launcher.

Currently, the MDA plans to employ 4 ground-based interceptors (GBIs)—the interceptor missile for the GMD system—against every incoming re-entry vehicle. It has currently deployed 44 GBIs, with eventual plans for 64.[3] While the MDA intends to move to 3 GBIs per re-entry vehicle soon, under the currently deployed inventory, North Korea could stress the GMD system by deploying at least 11 ICBM launchers. As of May 2021, at least 10 unique launchers for ICBMs had been seen in the country, suggesting that North Korea may be able to quantitatively stress current and future U.S. homeland defense efforts. A layered approach to homeland defense incorporating ship-based Standard Missile-3 Block IIA interceptors would reduce the stress on the GMD system, but the United States has yet to deploy these interceptors in significant numbers.

Additionally, North Korea is likely to incorporate practical countermeasures, including decoy re-entry vehicles and chaff, to further stress U.S. interceptors and radars, which would need to properly discriminate a real re-entry vehicle from these other objects. The technical capabilities to implement such countermeasures are within North Korea’s reach. Even as early as 1999, a U.S. National Intelligence Estimate suggested that North Korea could develop “penetration aids and countermeasures.”[4]  At a prominent Workers’ Party of Korea event earlier in 2021, Kim Jong-un also discussed plans to develop multiple re-entry vehicles for North Korea’s ballistic missiles—another development that would stress existing and future U.S. missile defense capabilities.

The MDA’s existing intercept tests against “threat representative” ICBM-class targets are not known to have incorporated these kinds of countermeasures. Similarly, the ICBM-class targets used by the MDA have exhibited trajectories that are nominally “intercontinental” (defined by the Department of Defense as 5,500 kilometers and above) but fall far short of the 10,000 kilometers that North Korean ICBMs would need to travel to U.S. homeland targets. The difference is not superficial: farther-flying missiles exhibit higher velocities, creating a more challenging intercept scenario.

General Mark Milley, the chairman of the Joint Chiefs of Staff, stated in congressional testimony in May that North Korea’s ICBMs present a “real danger” to the U.S. homeland.[5] Yet, even as the United States has continued to spend billions on developing a homeland missile defense architecture to cope with this threat from North Korea, demonstrated capabilities remain poor and the GMD system’s testing record is limited.

Instead of producing a robust and capable homeland defense capability, U.S. investments in GMD—and now a layered homeland missile defense architecture—are driving the qualitative refinement of North Korea’s capabilities as well as the quantitative growth of its nuclear forces. Separately, while GMD is far from offering an ironclad defense against North Korea’s existing and anticipated capabilities, it has the effect of eroding strategic stability with Russia and China. To better serve U.S. national interests, GMD requires additional oversight. Congress can lead on this issue in the coming years.

Ankit Panda is the Stanton Senior Fellow in the Nuclear Policy Program at the Carnegie Endowment for International Peace and the author of Kim Jong Un and the Bomb: Survival and Deterrence in North Korea (2020).

[2] Terrestrial radars would be indifferent to these differing nighttime lighting conditions, but sensors aboard the interceptor’s kill vehicle may not be. 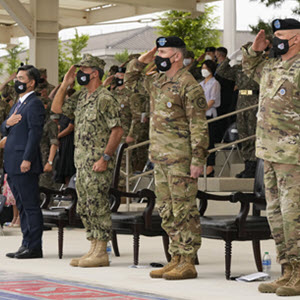 The FY22 NDAA, U.S. Strategic Posture, and the Korean Peninsula