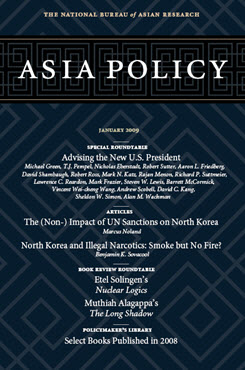 North Korea and Illegal Narcotics
Smoke but No Fire?

This article examines the extent to which the North Korean regime has dabbled in the state-sponsored production and distribution of illegal narcotics.

Many U.S. policymakers, including the president and secretary of state, and many within the U.S. media tacitly accept the idea that the North Korean state is an increasingly active drug trafficker and producer of heroin and methamphetamine.

A review of the available evidence, however, shows these claims to be unsupported. The fact that the existing data can hold North Korea responsible for only less than one hundredth of 1% of global narcotics production and the fact that satellite imagery has been unable to confirm any North Korean drug production strongly suggest that the regime receives at most a tepid percentage of its annual revenues from narcotics trafficking.