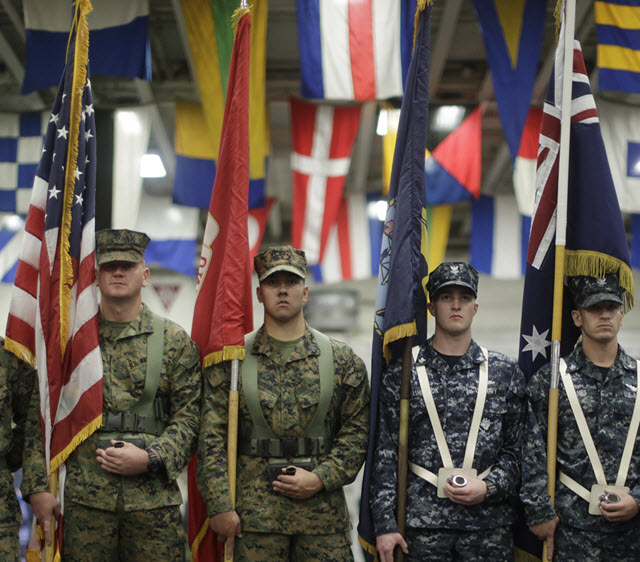 JUNE 29: A flag party of U.S. Marines and Navy personnel take part in a ceremony marking the start of Talisman Saber 2017, a biennial joint military exercise between the United States and Australia aboard the USS Bonhomme Richard amphibious assault ship on the the Pacific Ocean off the coast of Sydney, Australia on June 29, 2017. (Photo by Jason Reed – Pool/Getty Images)