WASHINGTON, D.C. | The Commission on the Theft of American Intellectual Property (IP Commission) welcomes President Biden’s signing into law of the Protecting American Intellectual Property Act of 2022, which directs the administration to compile a report identifying foreign individuals and entities who knowingly steal or use stolen U.S. trade secrets and mandates the imposition of sanctions against those violators.

This bipartisan legislation achieves longstanding IP Commission recommendations to impose meaningful sanctions against foreign companies that use stolen American IP or benefit from the improper use of American IP.

“The IP Commission has long argued that the best way to reduce the scale and scope of IP theft is to fundamentally change the calculus for individual bad actors, and subjecting them to targeted U.S. sanctions accomplishes that objective. This legislation is an excellent and long overdue first step. To put a stop to rampant IP theft will take effective implementation,” said Admiral (ret) Dennis Blair, IP Commission chair.

The legislation provides the President with discretion about the stringency of sanctions enforced against corporate violators. The IP Commission has long recommended that repeat offenders should be denied access to U.S. banking and financial systems, and it encourages the administration to use Entity List designations or full blocking sanctions against repeated or egregious violators to impose costs commensurate with the devastating effects trade secret theft can have on U.S. businesses.

The IP Commission is heartened by the efforts taken by the previous Congress to strengthen protections for American IP and looks forward to further legislative action in the current Congress to continue these efforts. Specifically, the IP Commission wishes to highlight its recommendations regarding improvements to the Section 337 process and its support for legislation, such as the SECRETS Act, that would enact these recommendations.

About the IP Commission
The Commission on the Theft of American Intellectual Property is an independent and bipartisan initiative of leaders from the private sector, public service in national security and foreign affairs, academia, and politics.

Chair:
Admiral Dennis C. Blair, Knott Professor of the Practice at the University of North Carolina, former commander of the U.S. Pacific Command, and former U.S. director of national
intelligence

Deborah Wince-Smith, president and CEO of the Council on Competitiveness 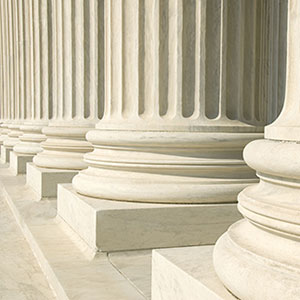