This essay examines Japan’s perceptions of and responses to major threats posed by China’s emerging capabilities in space, cyber, and autonomous weapons systems and considers policy options for further cooperation with the U.S. and its regional partners and allies to counter these threats.

Momentum is growing for Japan to enhance its defense capabilities and update its security policies amid heightened security concerns over China’s military modernization. Japanese leaders have become increasingly concerned about China’s military-civil fusion strategy to adopt innovative technologies to accelerate its development of a world-class military by 2049. This strategy would allow China to asymmetrically challenge the United States and its regional allies, including Japan. Such a challenge could threaten Japanese security through increased Chinese aggression in the East China Sea or Taiwan Strait. The risk of a contingency on any of these fronts has also increased concern among the Japanese public and stressed the need for updated security and defense strategies. As a result, there is heightened public support for Japan to assume greater regional and global security roles and responsibilities. Updates to improve the effective deterrence and response capabilities of both Japan and the U.S.-Japan alliance would entail improving coordination within the Japan Self-Defense Forces, adopting a more active defense posture, increasing defense spending, and making investments in R&D for future warfighting in the domains of space, cyber, and autonomous weapons systems.

Enhanced bilateral coordination between the U.S. and Japan would improve preparedness for a potential contingency in the Taiwan Strait and enhance Japan’s counterstrike capabilities, should Japan change its policy to adopt the capabilities.

Yuka Koshino is a Research Fellow for Security and Technology Policy at the International Institute for Strategic Studies (IISS). 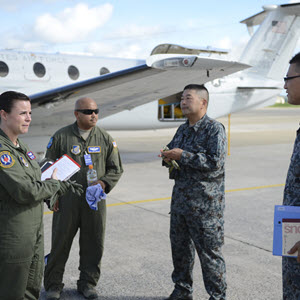