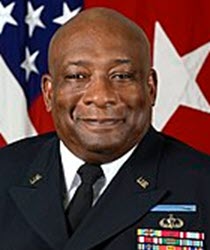 NBR Welcomes Charles W. Hooper to Board of Directors
September 29, 2020

Hooper retired as a Lieutenant General in the U.S. Army after over 40 years of government service, including in leadership positions in Asia and Africa; recently served as the Director of the Defense Security Cooperation Agency; and has engaged widely with Congress, think tanks, the private sector, and academia.

WASHINGTON, D.C. | Today, the National Bureau of Asian Research (NBR) announced that Lieutenant General Charles W. Hooper (U.S. Army, retired) will join the NBR Board of Directors, effective October 1. General Hooper’s 40 years of U.S. Army service include leadership positions in Asia and Africa. He recently served as the chief executive of the Defense Security Cooperation Agency, a 20,000 person self-funding public enterprise generating over $50 billion in annual revenue. During his career, he has engaged widely with Congress, think tanks, the private sector, and academia.

“We are delighted that General Hooper will join our board,” said John Rindlaub, chairman of NBR’s Board of Directors. “Given his wide-ranging experience in informing, shaping, and implementing U.S. policy in the Indo-Pacific region, Hoop’s counsel will be vital in advancing NBR’s operations and mission.”

General Hooper’s military service began upon graduation from West Point in 1979 and commissioning as an infantryman. He has served in command and staff assignments in the U.S. Army Armor Center, the 25th Infantry Division, the 82nd Airborne Division, and the U.S. Army Recruiting Command. His political-military assignments include U.S. defense attaché, U.S. Embassy in Beijing; deputy division chief, War Plans Division, G35, Army Staff; senior country director for China, Taiwan, and Mongolia Policy, Office of the Secretary of Defense; chief, Army International Affairs Division, G35, Army Staff; and instructor at the Naval Postgraduate School in Monterey, California. He also served as the deputy director for strategic planning and policy (J5) of the U.S. Pacific Command (now Indo-Pacific Command) and as the director of strategy, plans, and programs (J5) of the U.S. Africa Command. At the U.S. Embassy in Cairo, he served as the U.S. defense attaché and chief of office of military cooperation.

“During a time when the Covid-19 pandemic has made the world less secure, it is critical to have a clear-eyed understanding of the security threats that the United States faces in the evolving global environment,” said Admiral Jonathan Greenert, the John M. Shalikashvili Chair in National Security Studies at NBR. “I look forward to working with General Hooper at NBR to identify ways for the United States to address its most pressing national security challenges.”

A native of Willingboro, New Jersey, Hooper earned a master of public administration degree from Harvard University’s John F. Kennedy School of Government. In 2005, he returned to Harvard as a senior research fellow at the Weatherhead Center for International Affairs. He is also a graduate of the U.S. Army War College and the UK Ministry of Defence Chinese Language School, Hong Kong. A Chinese and Arabic linguist, he spent over six years living and working in China and three years in the Middle East.

“I have been fortunate to know Hoop for over two decades and have long admired his many accomplishments in service of our country,” said NBR president Roy Kamphausen. “After a storied career as an Army officer, he brings a wealth of understanding on defense, intelligence, and diplomatic issues related to China and the entire Indo-Pacific region. We are excited that he is ready to dive right in to help make NBR’s work more effective.”