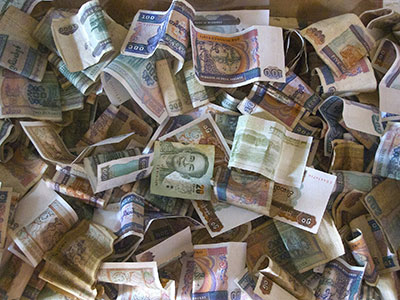 Koji Kubo (Institute of Developing Economies, Japan External Trade Organization) argues that both the United States and Myanmar must take steps to strengthen Myanmar’s formal payment and settlement system, which will be a critical factor for the country’s future economic growth and successful integration into the global economy.

The economic integration of Myanmar with the global economy will be a driving force behind the country’s growth and enable foreign investors and consumers to draw on its untapped human and natural resources. Neighboring countries such as Indonesia, Malaysia, and Thailand have shown that economic integration can increase the prosperity of developing countries as well as the region. Myanmar’s integration into Asia’s extensive production networks will ensure that its people can obtain access to foreign capital and technologies and that its goods will have access to the global market.

A formal international payment and settlement system is essential for any country to integrate with the global economy because it allows secure international remittances with a small charge for trade in goods and services and for international investment. The absence of such a system puts a burden on the operations of prospective multinational firms that are conscientious of financial compliance and acts as a barrier to their entry. It thus limits a developing country’s ability to integrate with the global economy.

In Myanmar, informal international payment and settlement practices have thrived among firms. To circumvent both the restrictive controls on foreign exchange and trade and the U.S. financial sanctions, international remittances to and from Myanmar are often diverted via a third-party country such as Singapore, making financial transactions less transparent. Despite continuing reforms that President Thein Sein’s government initiated in March 2011 and the easing of U.S. financial sanctions, informal payment and settlement practices remain pervasive. Without increases in remittances both to and from Myanmar, the convenience of a formal system will not be realized, leaving the playing field uneven between those firms conscientious of financial compliance and those using the informal system.

The Tom Lantos Block Burmese Junta’s Anti-Democratic Efforts Act (also known as the JADE Act) enacted in July 2008 referred to restrictions on the use of correspondent accounts in U.S. financial institutions for Burmese junta-related entities. Because not only individuals of the junta but also Myanmar state banks that monopolized international banking services were on the sanctions list, the JADE Act effectively banned any U.S. dollar-denominated remittances to and from Myanmar through formal banking channels. This prompted Myanmar firms to divert their payment and settlement via banks in a third country that did not comply with the sanctions.

Even before enactment of U.S. financial sanctions, however, diversions of international trade payments and settlements had been common among Myanmar firms because of Myanmar’s restrictive controls on foreign exchange and trade. Restrictive regulations were instituted in the 1990s when the country faced a chronic shortage in foreign exchange. In principle, the banking regulation did not allow importers to make advance payments from Myanmar banks to foreign suppliers. Exports, on the other hand, could not clear customs in Myanmar unless there was evidence of advance payment from a foreign buyer. However, foreign business partners did not always agree on such payment conditions. To circumvent these regulations, importers often made advance payments to foreign suppliers from a bank account in a third country and later replenished funds in that account via remittance from Myanmar. Likewise, exporters often sent their own funds from a third country to Myanmar for the sake of customs clearance and later received payments in a third country from foreign buyers.

Owing to both the easing of financial sanctions and the reforms enacted by the Thein Sein government, the formal payment and settlement channel for U.S. dollar–denominated remittances has been established, even as some financial sanctions remain in place. This was made possible because of two key factors. First, the sanctions list has been shortened significantly. Second, in November 2011 the Myanmar government granted licenses for international banking services to private banks, some of which are not on the sanctions list. Nonetheless, informal payments and settlements via a third country still persist among Myanmar firms, minimizing the use of the new, formal channels.

To stimulate usage of the formal payment and settlement system among Myanmar firms, two outstanding issues need to be addressed—one on the U.S. side and the other on Myanmar’s. First, a policy option on the U.S. side is to completely lift the financial sanctions on Myanmar. Although the sanctions list has been shortened, some prominent business tycoons and all military business interests remain on the list. Because of the prevalence in Myanmar of these sanctioned individuals and groups, it is sometimes difficult to know with certainty which entities are associated with them, thus making distinguishing nonrelevant entities from relevant ones a challenge. Such circumstances deter those foreign banks that adhere to the sanctions from taking part in payment and settlement transactions with Myanmar firms, thereby encouraging these firms and their foreign counterparts to use the existing informal channels.

What are the challenges to enacting the above-mentioned policy changes? On the U.S. side, the Congress needs to find common ground. Lifting sanctions completely would certainly benefit military businesses in Myanmar, but it also would facilitate the development of a formal payment and settlement system and thus help the country’s nonmilitary businesses. On the Myanmar side, necessary reforms have not been carried out because of the lack of transparency at the relevant ministries. In this regard, technical assistance by bilateral and international aid organizations is indispensable.

The informal practice among Myanmar firms of diverting international payments and settlements via banks in a third country is a legacy of both past U.S. financial sanctions and Myanmar’s restrictive controls on foreign exchange and trade. Thus, policy options to support the transition from informal to formal channels of international payments and settlements include the United States completely lifting financial sanctions and Myanmar relaxing payment condition restrictions on firms. Once transactions increase, the convenience of the formal payment and settlement system will improve, accelerating Myanmar’s integration with the global economy.

Koji Kubo is a Senior Research Fellow at the Institute of Developing Economies, Japan External Trade Organization (IDE-JETRO), and is currently assigned to JETRO Bangkok. He was previously a visiting researcher at Myanmar’s Ministry of Agriculture and Irrigation from 2006 to 2008. Mr. Kubo has recently published articles on Myanmar’s economic reforms in several scholarly journals.

The views expressed are those of the author.