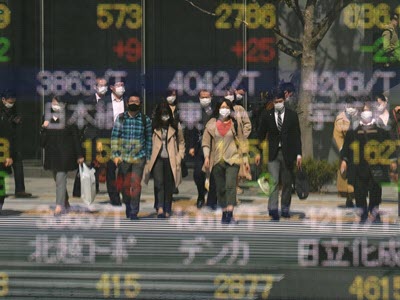 Through a unique approach to testing that relies heavily on contact tracing, Japan has so far carried out one of the more successful responses to the Covid-19 pandemic. Ian Smith interviewed Dr. Ryo Kubota about Japan’s response as well as the pandemic’s effect on domestic politics and the rescheduled 2021 Olympic Games.

How effective has Japan’s response to Covid-19 been compared to other countries?

It is very hard to compare Japan’s response to the responses of other countries because the situations can be very different. Compared to the United States and Europe, Japan is doing much better in terms of the number of patients and deaths from Covid-19. However, if you compare Japan to other East Asian countries like China, Taiwan, and South Korea, its Covid-19 fatality rate is higher. We do not know whether this is due to environmental or genetic factors, but it seems like East Asian countries are more resistant to infection. Like many other countries, Japan has asked people to work from home and for schools and nonessential businesses to close. None of these measures are mandatory but are rather enforced by peer pressure. As we’ve moved into summer, every restriction has been lifted. One reason that Japan never implemented a hard lockdown is due to laws and regulations in Japan that prevent the government from imposing measures that limit constitutional rights.

Prime Minister Shinzo Abe has recently backed two Japanese drugs that could treat coronavirus: Avigan and Camostat. Are there any updates on these two drugs? Has Japan been more productive in searching for a cure than other countries, including the United States?

We do not yet have any robust clinical evidence to suggest that any of these drugs will work. Japan tried to accelerate the approval of Avigan to treat Covid-19 before the end of May, but it failed to do so due to heavy criticism from the medical community about the lack of enough clinical evidence. I do not think Japan has been more efficient in searching for a Covid-19 cure. This is partly due to a lack of enough patients for clinical testing and partly due to a lack of innovative biotechnology companies that can come up with the flood of new ideas to treat the disease.

Japan needs to shift to regulations and policies that are friendly to small companies rather than only large ones. For example, a commitment to lifetime employment is unrealistic for many small companies. The government should provide a safety net so that labor can be more fluid between companies rather than relying too much on large companies to provide the safeguard. If someone joins a small and nascent company, they cannot get a mortgage nor credit card due to a lack of “large-company guarantee.” This prohibits much of the workforce from joining small companies.

Another cultural limitation in Japan is minimal tolerance for failure. As you know, drug development is a high-risk business. Some people say one in 30,000 molecules will get to the market, which means you have to fail 29,999 times before you see a positive outcome. Thus, many biotech companies will inevitably fail by definition. In the United States, there is a culture of valuing the meaningful failure and giving a company a second or even third chance if the failure was purely or largely due to scientific reasons and not because of poor business management or operation.

The 2020 Olympic Games have been rescheduled for next summer. Do you think they will be rescheduled again? What is public sentiment in Japan about the postponement?

At this time, I am very pessimistic that the Olympics will happen in 2021. Even in the best-case scenario of Japan containing Covid-19 sooner than other countries, athletes from all over the world likely will not have sufficient time and an environment to properly train for the 2021 Olympics, since the global pandemic still has not reached its peak yet. In addition, with so many athletes from various countries staying in the highly dense Olympic Village, ensuring the health and safety of these athletes during the event is not realistic. I think the general public knows that it is highly unlikely that the Olympics will be held amid a global pandemic, and most people feel that it is too soon to host such an event.

How have the pandemic and the postponement of the Olympics affected Prime Minister Abe’s current term as premier and future political prospects?

I don’t think the postponement of the Olympics has affected Prime Minister Abe’s administration. There were many negative news stories around the Olympics, including overspending, so postponement or cancellation may be viewed positively by the Japanese general public. At this time, it is hard to predict if he will continue to be chosen as the leader of the party. To say the least, his leadership has weakened in recent years due to many instances of mishandling bureaucratic affairs.

What long-term impacts of the virus could be unique to Japan?

I think being forced to work from home has made many people in Japan realize that working in the office after an overcrowded commute in the cities may not be necessary. That the number of suicides has decreased may be a sign of reduced stress from distancing oneself from a harsh working environment. This change in working conditions might become the new norm and allow people to be more economically productive than is currently the case in Japan.

This interview was conducted by Ian Smith, an Editorial Assistant at NBR. 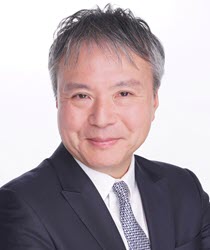