This chapter examines how India manages the tensions between the U.S. and China vis-á-vis its own independent efforts of balancing China while maintaining some form of cooperation.

The intensification of the rivalry between the U.S. and China does not change the nature of the challenges to India’s interests. It does, however, exacerbate the tensions and potential contradictions within Indian foreign policy. This is particularly true with regard to India’s relations with China. China’s growing rivalry with the U.S. does not substantially alter its differences with India, but in a context of growing polarization, this rivalry tends to transform those differences into leverage points for China to try to weaken the links between India and the U.S. Similarly, it does not affect the congruence between U.S. and Indian objectives but does strain the condition under which this congruence could be translated into actual cooperation.

Frédéric Grare is a Nonresident Senior Fellow in the South Asia Program at the Carnegie Endowment for International Peace. 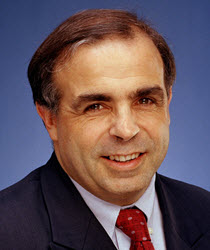