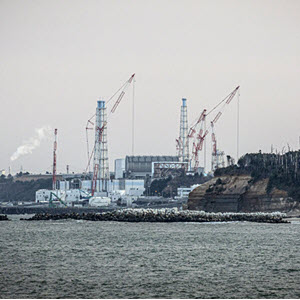 Last year the Japanese government announced that it will begin releasing the Advanced Liquid Processing System (ALPS) treated water from the Fukushima Daiichi Nuclear Power Station into the Pacific Ocean. Chihiro Aita interviewed Hideyuki Shiozawa from the Sasakawa Peace Foundation in Tokyo on the policy’s implications for relations between Japan and the Pacific Island countries as well as for the overall role of Japan within the Indo-Pacific framework.

Read a Japanese translation of this interview here.

Regarding the decision to release wastewater from Fukushima’s nuclear power plant into the ocean, was there any kind of communication or consideration toward the Pacific Islands? If so, how can the Japanese government work to improve the current situation?

This announcement was made with then prime minister Yoshihide Suga’s highly advanced judgement, and my understanding is that the information was carefully handled internally. Although the overview of this announcement was communicated to the Pacific Island countries prior to the announcement itself, there were no prior consultations with them, and thus it unfortunately became a rather one-sided discussion. As such, following the announcement, the then secretary general of the Pacific Islands Forum (PIF), Meg Taylor of the Pacific Islands, and Prime Minister Kausea Natano of Tuvalu (who was the chair of PIF then) issued a statement against Prime Minister Suga expressing their concern and demand for a joint conference. Furthermore, as a friend to Japan and fearing Japan’s worsening relationship with the Pacific Island countries, the Federated States of Micronesia’s president David Panuelo issued a statement to Prime Minister Suga describing the severity of the situation. This statement did not include words like “nuclear waste” or “dump,” and instead had an objective stance using words like “ALPS-treated water” and “release.”

In the Pacific Islands region, there has been a history of nuclear tests conducted in what is now the Marshall Islands, Kiribati, and French Polynesia. Therefore, the Pacific Island countries and territories have a very strong awareness of the issues involving nuclear matters. One of the reasons behind the PIF’s establishment in 1971 was the objection to the French nuclear tests, which then led to the conclusion of the Treaty of Rarotonga and the South Pacific Nuclear Free Zone Treaty in 1985, signed by the eleven Pacific Island countries in the Southern Hemisphere along with Australia and New Zealand.

Japan’s relationship with the PIF began in 1981, when the regional forum protested Japan’s plans to dispose of nuclear waste in the ocean. In the 1990s, there was also significant concern from the PIF regarding Japan’s plan to transport mixed oxide fuel from Western countries.

The Japanese government should be made fully aware of the Pacific Islands region’s history with nuclear matters and the shared history between Japan and the region. When it comes to matters that directly involve the Pacific Island countries, the Japanese government should carefully provide evidence-based explanations to their leaders prior to making official announcements, taking the time to listen thoroughly to their opinions.

What kind of environmental concerns and ecological impacts do you expect to see for surrounding marine environments, such as in the Pacific Islands?

On July 2, 2021, Japan held the 9th Pacific Islands Leaders Meeting (PALM) virtually. Convened every three years since 1997, PALM has been a space for Japan and the leaders of Pacific Island countries to have a dialogue directly. In the 2021 meeting, then prime minister Suga stated that “the release of the ALPS-treated water into the ocean will be done in a way that ensures there will be no harm inflicted on the environment or the human population, and furthermore, reemphasized that Japan will work with the International Atomic Energy Agency (IAEA) to continue to provide, in a highly transparent and well-timed form, evidence-based explanations to the PIF member countries and region.”

Although the ALPS-treated water is not expected to inflict any environmental harm based on scientific evidence, the Pacific Island countries remain concerned about the treated water’s potentially negative impacts on both their citizens’ health and their marine resources. Notably, the fishing industry, such as tuna catches, is a crucial source of income for their populations. Therefore, even if caught fish are scientifically proven to be safe for consumption, citizens worry that the tuna would still be labeled as “caught in the Pacific Ocean where the nuclear wastewater was released,” possibly leading to a fluctuation in tuna prices and fishing licenses.

In terms of dealing with the threat of climate change, there are two methods: mitigation and adaptation. Since the Pacific Island countries have low-lying areas, sea-level rise and severe weather conditions become a direct threat to the existence of a country and its people’s lives. As such, in terms of mitigation, the Pacific Island countries have been demanding action by the global community to keep global warming from exceeding 1.5 degrees Celsius, which would require the world to reduce global greenhouse gas emissions by 45% compared to 2010 by 2030 and essentially become net-zero by 2050. In terms of adaptation, the Pacific Islands focus on disaster management and have been working toward achieving resilient national frameworks.

Japan is an industrial and developed country. When it comes to mitigation, it is important that Japan cooperate with the Pacific Island countries to develop mutually beneficial strategies and help the region voice its concerns to the global community both behind the international scenes and at the negotiation table. Additionally, Japan, as a country prone to natural disasters, has management experience and high-quality technology to reduce risk in the context of the adaptation method. As such, Japan has been helping Pacific Island countries improve their disaster resilience and disaster response, such as through infrastructure building, technological cooperation, and personnel training under governmental development aid programs. The Japan Self-Defense Forces, in particular, play an important role when it comes to disaster response.

In terms of existing high-level dialogues between Japan and the Pacific Island countries, PALM, mentioned in the answer to the preceding question, is one venue. At the ministerial-level, the Japan Pacific Islands Defense Dialogue was held virtually on September 2, 2021, with discussions centered on the free and open Indo-Pacific, maritime security, the Covid-19 pandemic, climate change, and humanitarian assistance and disaster response.

How do you envision initiatives like the Quad and the free and open Indo-Pacific strategy or U.S.-Japan partnerships like the Japan-U.S. Clean Energy Partnership complementing Japan’s own leadership in the region?

The Quad and free and open Indo-Pacific strategy are undoubtedly based on the perspectives of large countries. But within the same region there are Small Island Developing States (SIDS) that include the Pacific Island countries as well as island countries in the Indian Ocean. Japan has been carefully building human partnerships with the people of these developing countries and supporting their national growth through governmental aid programs like the Japan Overseas Cooperation Volunteers. As such, I believe that Japan has a role to play in incorporating the perspectives of the SIDS members within greater initiatives by large states. To this end, Japan and the United States should align on matters of economic and development cooperation and link the various initiatives led by large countries to the prosperity of people’s livelihoods in the SIDS members, including the Pacific Island countries.

Hideyuki Shiozawa is a Senior Program Officer for the Pacific Island Nations Program at the Sasakawa Peace Foundation in Tokyo. The views expressed in this interview are his own and not those of the organization with which he is affiliated.

This interview was conducted and translated by Chihiro Aita, a Project Associate with the Energy and Environmental Affairs team at NBR.