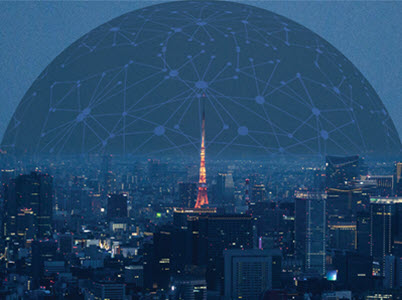 Japan’s Connectivity Initiatives in the Indo-Pacific

Kensuke Yanagida examines Japan’s connectivity initiatives in quality infrastructure investment, with a focus on Southeast Asia. He also explores how these initiatives will contribute to the realization of Japan’s Indo-Pacific vision and shape the future of the region’s economy and supply chains.

Connectivity is a bold economic pillar of Japan’s Indo-Pacific vision, and one that is shared with numerous other countries and regions that have announced related strategies, including the United States, Australia, India, the Association of Southeast Asian Nations (ASEAN), and the European Union (EU). While connectivity strategies entail not only physical infrastructure development but also other areas such as customs, digital linkages, and people-to-people exchanges, physical infrastructure is a high priority in Asia due to the high demand. These connectivity strategies also serve as an interface with competing projects such as China`s Belt and Road Initiative (BRI). This essay examines Japan’s connectivity initiatives in quality infrastructure investment, with a focus on Southeast Asia. It also explores how these initiatives will contribute to the realization of Japan’s Indo-Pacific vision and shape the future of the region’s economy and supply chains.

Japan’s Free and Open Indo-Pacific (FOIP) initiative guides its vision for the region. Based on the new Japanese diplomatic paradigms established in the 2000s, namely the Arc of Freedom and Prosperity and the Asia`s Democratic Security Diamond, the FOIP has evolved into a comprehensive regional cooperation framework with a geographic coverage spanning from Asia to Africa and including the Pacific and Indian Oceans. The FOIP seeks to bolster economic and security cooperation, and Japan in particular aims to ensure a rules-based international order. In addition, the Japanese government has stated clearly that it will cooperate with any country that meets the basic principles of FOIP. One of the three pillars of FOIP is pursuit of economic prosperity by improving regional connectivity, including physical infrastructure development.[1] Therefore, as part of Japan’s broader regional vision, connectivity is one potential area that can promote greater multilateral cooperation and regional prosperity in the Indo-Pacific.

Japan has played a key role in regional infrastructure investment and connectivity through the establishment of its “quality infrastructure investment” (QII) principles. QII aims to ensure commonly accepted norms and standards for infrastructure investment based on the principles that had been agreed to by the G-20: openness, transparency, economic efficiency (including life-cycle costs), and fiscal soundness. Japan has made diplomatic efforts to put QII on the agenda in the international arena. The basic principles of QII were first recognized at the G7 Ise-Shima Summit hosted by Japan in 2016. Subsequently, they have been promoted through the G-20 and Organisation for Economic Co-operation and Development (OECD). At the 2019 G-20 Osaka Summit, the G20 Principles for Quality Infrastructure Investment were endorsed by leaders, including major donors to emerging economies. QII principles have also expanded through bilateral and multilateral partnerships that have included the European Union, India, and Africa. Furthermore, the United States, Japan, and Australia launched the multi-stakeholder Blue Dot Network, led by the U.S. International Development Finance Corporation and established under the bipartisan Better Utilization of Investments Leading to Development (BUILD) Act of 2018. The Blue Dot Network aims to evaluate and certify infrastructure projects based on the G20 Principles for Quality Infrastructure Investment.

As China is becoming a major player in lending to developing countries, it has a growing international obligation to promote responsible lending. Representing a notable change of course in China’s BRI, Beijing has begun to emphasize high-quality and sustainable connectivity. This is partly due to criticism of some BRI projects for debt unsustainability, lack of transparency, and other practices related to labor and the environment that deviate from international standards. Although it is still unclear whether China will fully adopt international rules such as the OECD Development Assistance Committee guidelines, China has decided to participate in the Debt Service Suspension Initiative, which allows developing countries to defer repayment due to the Covid-19 pandemic. Hence, it is important to continue to engage with China through international forums and institutions to promote quality investments and best practices.

Japan’s plan for improving connectivity in line with QII principles in the Indo-Pacific is laid out in a white paper on Official Development Assistance (ODA), which dovetails well with other regional plans, especially those of the Association of Southeast Asian Nations (ASEAN).[2] Japan’s initiative to support ASEAN connectivity consists of “land corridors” and “sea corridors,” and Japan has supported the Master Plan on ASEAN Connectivity through cooperation with the ASEAN Connectivity Coordinating Committee.[3]

The flagship land corridor projects are the development of the East-West Economic Corridor, which connects Da Nang in Vietnam with Mawlamyine in Myanmar through Laos and Thailand, and the Southern Economic Corridor, which connects Ho Chi Minh in Vietnam with Dawei in Myanmar through Cambodia and Thailand. These infrastructure improvements are expected to stimulate trade and investment in the Mekong region. For example, the opening of the East-West Economic Corridor has reduced transport time from Hanoi to Bangkok from two weeks by sea to three days by land. In addition, the development of land corridors in Myanmar will save significant time and costs compared to the Malacca Strait route.

As for sea corridors, Japan has supported the development of a maritime economic corridor connecting Malaysia, Singapore, Indonesia, Brunei, and the Philippines, mainly through port development. It also aims to strengthen logistics by supporting the construction of an ASEAN RO-RO (Roll-on/Roll-off) shipping network, which is one of Master Plan on ASEAN Connectivity’s priority projects.

The likely economic impacts of infrastructure development are estimated by the author in another paper using a computable general equilibrium and the Global Trade Analysis Project (GTAP) database.[4] This analysis, based on the World Bank’s Logistics Performance Index (LPI), assumes that development in infrastructure-related areas such as customs, international shipment, and logistics competence would result in Indo-Pacific developing countries shrinking their LPI gap with Japan by 25%. It is estimated that infrastructure development of this magnitude would increase the GDP of ASEAN member countries from $2.9 trillion to $4.2 trillion. When benefits to South Asia and Africa are included, the total GDP of these regions would increase from $11.5 trillion to $15.9 trillion.

This analysis indicates that emerging economies in the Indo-Pacific have great potential for economic growth if they can overcome the problem of underdeveloped infrastructure. Because of spillover effects, most regions beyond the emerging Indo-Pacific economies can benefit as well through the expansion of trade via global value chains. However, a few regions and countries—including China—would suffer negative effects as rapid development in the Indo-Pacific intensifies global competition and replaces imports from China with imports from emerging Indo-Pacific economies—a process known as trade diversion. This suggests that unless those regions enhance their own productivity and upgrade their export goods in global value chains, they may suffer negative consequences. This directly affects Japanese and foreign companies’ investment decisions, which will cause further supply chain restructuring.

The author’s estimates also show the impacts at the industrial level. A notable finding is the extremely large growth projected for exports of electronic manufacturing goods, especially for advanced ASEAN countries such as Indonesia, Malaysia, the Philippines, Singapore, and Thailand. Similarly significant is the increase in exports of textile and apparel goods for late-developing ASEAN countries such as Cambodia, Laos, Myanmar and Vietnam (CLMV). CLMV countries are also estimated to expand electronic manufacturing and other manufacturing exports. The estimates reflect the fact that well-established industrial clusters for electronic manufacturing have been in place in Thailand and Malaysia. In both countries, high value-added production activities have been developed through the accumulation of FDI, know-how, and human resources.

In addition, increased demand for home appliances such as televisions, refrigerators, and air conditioners due to the expansion of the middle class in ASEAN countries and the elimination of trade barriers by the establishment of the ASEAN Economic Community have promoted intraregional production closer to growing markets in ASEAN. As labor costs in China have risen, production of labor-intensive manufactured goods, such as textiles and apparel, have been shifting to CLMV countries. CLMV countries have also participated in low-value-added production segments, such as assembly, in global value chains. For example, Vietnam has become one of the most promising foreign investment destinations in recent years, with Samsung assembling its smartphones in the country.

Over the past decade, these structural changes have reoriented Japan’s direct investment in China and ASEAN, with the flow of Japanese FDI to ASEAN growing significantly higher than that to China. For example, in 2019, Japanese FDI to China was $12.2 billion, while that to ASEAN was $32.8 billion, nearly three times the amount to China.[5] Additional reasons are rising labor costs in China and trade conflicts between the United States and China. Many Japanese companies continue to invest in China to capitalize on its promising consumer market, but they are increasingly moving to ASEAN in search of new production bases—a movement known as “China plus one.” According to a 2020 survey by the Japan Bank for International Cooperation (JBIC), Vietnam, Thailand, Indonesia, Philippines, Malaysia, and Myanmar are ranked among the ten most promising investment destinations for Japanese manufacturing companies.[6] The Covid-19 pandemic may accelerate this trend. In Japan, emergency economic measures in response to the pandemic included subsidies for domestic investment for supply chain reorganization and overseas supply chain diversification of small and medium-sized enterprises. Both schemes received applications that far exceeded the budget limit, indicating high potential demand for supply chain restructuring.

Bilateral and multilateral cooperation in Indo-Pacific infrastructure development is at an early stage, but it is also playing a key role in strengthening cooperation on other critical issues. Today, the region faces not only traditional security challenges but also nontraditional security challenges such as the Covid-19 pandemic and climate change. Japan, the United States, Australia, and India continue to seek ways to promote cooperation in the Quad framework, strengthen partnerships with ASEAN, and manage competition and cooperation with China. In this regard, it is imperative that these countries continue to emphasize functional cooperation in order to capitalize on the potential of bilateral and multilateral frameworks. In March 2021, leaders of the Quad countries held their first summit. The leaders welcomed the progress of practical cooperation in various areas, including quality infrastructure, maritime security, counterterrorism, cybersecurity, humanitarian assistance, and disaster relief and agreed to establish working groups on vaccines, critical and emerging technologies, and climate change. Strengthening functional cooperation in various areas, including infrastructure development, can have a synergistic effect on strengthening regional partnerships and will play an important role in promoting bilateral and multilateral cooperation in the Indo-Pacific.

The enormous infrastructure demand in Asia and the current global issues of health and climate change present both challenges and opportunities. Connectivity is an important area for establishing a rules-based international order and promoting multilateral cooperation in the Indo-Pacific, which can ultimately increase regional prosperity and stability. Japan should continue to play a central role in strengthening partnerships on Indo-Pacific connectivity, drawing on its years of experience with infrastructure investment and its emphasis on quality investments.

Kensuke Yanagida is a Research Fellow at the Japan Institute of International Affairs.

[1] The other two pillars are (1) promotion and establishment of the rule of law, freedom of navigation, and free trade and (2) commitment to peace and stability.