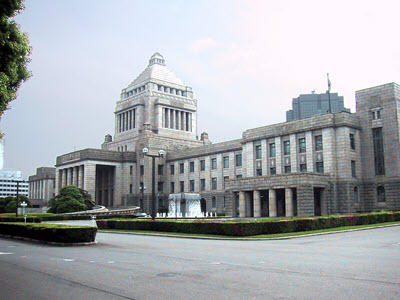 This Country Profile for Japan is from the Maritime Awareness Project.

Japan claims sovereignty over the Senkaku Islands, which are disputed by China and Taiwan (which refer to the islands as the Diaoyu and Diaoyutai, respectively). Japan administers the island group as part of Okinawa Prefecture. Japan also contests Takeshima Island with South Korea (which refers to the island as Dokdo) and the Kuril Islands (known as the Northern Territories in Japan) with Russia.

Japan claims to have discovered the Senkaku/Diaoyu Islands in 1884. Japan subsequently surveyed the islands for ten years before determining them to be uninhabited terra nullius and annexing them in 1895, shortly after the conclusion of the First Sino-Japanese War. After World War II, the United States administered the islands as part of Okinawa Prefecture before turning control over to Japan in May 1972. Several months later, Japan and China normalized relations. Japanese prime minister Kakuei Tanaka and Chinese premier Zhou Enlai agreed to leave resolution of the dispute to later generations, but both countries continued to claim sovereignty over the islands. In 1982, Japanese prime minister Zenko Suzuki and Chinese leader Deng Xiaoping reaffirmed this status quo, but the Japanese government denies the existence of such an arrangement. Today, China, Japan and Taiwan maintain claims of sovereignty over the Senkaku/Diaoyu Islands.

“The Senkaku Islands are an integral part of our own territory. There is no doubt about this either historically or based on international laws.”

“Since the Senkaku Islands are Japan’s inherent territory, the Japan-U.S. security treaty covers them.”

“The U.S. side has repeatedly stated that the Senkaku Islands fall under the administration of Japan since the reversion of Okinawa to Japan, so Article 5 of the Japan-U.S. Security Treaty should be applied. At yesterday’s committee meeting, I made a statement regarding this issue to supplement the Prime Minister’s statement. President Obama made a statement to Prime Minister Aso regarding the commitment of the U.S. to Japan’s defense including nuclear deterrence based on the Japan-U.S. Security Treaty. Secretary of State Clinton made this clear to me as well, so I believe the U.S. policy will remain as it has been.”

– Ministry of Foreign Affairs of Japan, 2014

“The Senkaku Islands are an integral part of Japanese territory based on international law as well as in the context of our history. We presently have control over those islands, and we will continue to do so in the future.”

“The Ministers [Minister for Foreign Affairs Fumio Kishida and Minister of Defense Gen Nakatani] also reaffirmed that the Senkaku Islands are territories under the administration of Japan and therefore fall within the scope of the commitments under Article 5 of the U.S.-Japan Treaty of Mutual Cooperation and Security, and that they oppose any unilateral action that seeks to undermine Japan’s administration of these islands.”

“As the Tribunal’s award is final and legally binding on the parties to the dispute under the provisions of UNCLOS, the parties to this case are required to comply with the award. Japan strongly expects that the parties’ compliance with this award will eventually lead to the peaceful settlement of dispute.”

August 1996: Japan and Taiwan began talks regarding fishing rights in waters near the Senkaku/Diaoyu Islands.

June 1998: Japanese military vessels confronted a boat carrying Hong Kong activists on their way to the Senkaku/Diaoyu Islands, hitting and damaging it.

January 2003: The Japanese government leased three of the Senkaku/Diaoyu Islands from their private owner. China made a formal protest to the Japanese ambassador to Beijing, while both China and Taiwan declared the contract invalid.

March 2004: Seven Chinese activists landed on the disputed Senkaku/Diaoyu Islands. The Japanese government detained the activists and subsequently deported them without charge.

June 2008: China and Japan agreed to jointly develop disputed natural gas fields near the Senkaku/Diaoyu Islands. To date, however, the agreement remains unimplemented.

April 2012: Governor of Tokyo Shintaro Ishihara announced his intention to buy three of the disputed Senkaku/Diaoyu Islands from their private owner, drawing criticism from Chinese government and media.

September 2012: The government of Prime Minister Yoshihiko Noda purchased three of the Senkaku/Diaoyu Islands from their private owner. The move was intended to prevent a similar bid by Tokyo governor Shintaro Ishihara but drew condemnation from the Chinese government.

September 2012: The Japan Coast Guard confronted a group of almost 60 Taiwanese fishing vessels on their way to the Senkaku/Diaoyu Islands. The two sides engaged in a water cannon fight before the Taiwanese ships turned back. The Taiwanese navy further dispatched frigates to Taiwan’s northeastern coast and scrambled warplanes to monitor the fishing vessels.

January 2013: A fishing boat carrying Taiwanese activists and accompanied by four Taiwanese cutters entered the contiguous zone off Japan’s territorial waters around the Senkaku/Diaoyu islands. The boat was chased off by the Japan Coast Guard using a water cannon.

January 2014: Japan and Taiwan agreed to new rules for longline tuna fishing in waters near the Senkaku/Diaoyutai Islands, clarifying the agreement made in April 2013.

April 2014: Japan began building a military radar station on Yonaguni. The island is located 150 kilometers from the disputed Senkaku/Diaoyu Islands, and the radar station allowed Japan to improve its defense and surveillance and possibly extend its monitoring to the Chinese mainland.

August 2014: Japan gave names to five islands that are part of the Senkaku/Diaoyu Islands. China responded by claiming the disputed islands as part of Chinese territory.

April 2015: Japan and the United States updated security cooperation guidelines and included an explicit reference to defense of the Senkaku/Diaoyu Islands. According to the Yomiuri Shimbun, Japan requested that the revision include a clear commitment by U.S. forces in the event of an attack on Japanese islands.

The area around the Senkaku/Diaoyu Islands is known to have oil and natural gas deposits. Although mostly undeveloped, these resources have served as an underlying factor in continuing disputes among China, Japan, and Taiwan. In 2008, Japan and China agreed to jointly explore and develop the disputed natural gas fields Chunxiao and Longjing (known in Japan as Shirakaba and Asunaro). However, the two sides never implemented the agreement.

The waters around the islands also provide rich fishing grounds. Taiwan and Japan began talks in 1996 over fishing rights in the waters near the Senkaku/Diaoyu Islands. Both sides engaged in a further seventeen rounds of negotiations before finally concluding an agreement in 2014. The agreement does not apply within twelve nautical miles of the islands because of sovereignty claims but otherwise gives both sides fishing rights in nearby waters.