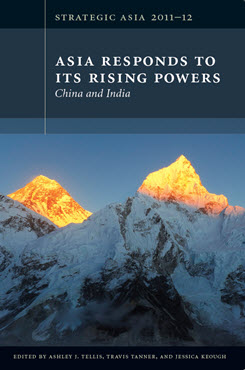 Japan, India, and the Strategic Triangle with China

This chapter examines Japan’s relations with and strategies toward China and India.

This chapter examines Japan’s relations with and strategies toward China and India.

Though Japan is declining in relative power, its strategic response to the rise of China and India will have a significant impact on the balance of power in Asia. After years of distant relations, Japan is increasingly turning to India as a counterweight to China, encouraging Indian participation in the East Asia Summit and moving forward on security and nuclear cooperation talks. Japanese corporations are also shifting future investment plans from China to India (and other developing Asian economies) to hedge against growing political and economic risk in China. The Japan-India relationship is still hampered by New Delhi’s lingering Nehruvian socialism and nonalignment ideology and Japan’s own anti-nuclear allergies and political malaise, but the trend of closer alignment will continue to increase the strategic equilibrium in Asia as China rises.