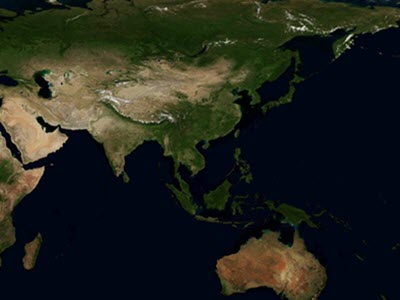 This is the introduction to the roundtable Beyond COP26: Regional Cooperation on Climate Change.

In November 2021, representatives of 197 countries gathered in Glasgow for the 26th United Nations Climate Change Conference (COP26). After being postponed in 2020 due to the pandemic, and as the first such meeting since the Biden administration brought the United States back into the Paris Accords, the conference was critical for global efforts to mitigate climate change. Yet the contributions toward that goal, and the potential impacts of inaction, are as varied as the countries participating.

The Glasgow Climate Pact explicitly targets fossil fuels, calling out the destructive nature of coal in a way that was not seen in the Paris Accords, and stresses a renewed international commitment to keeping global warming below 1.5°C. However, there remain gaps in how individual countries will successfully navigate their policies and finances toward achieving their climate agendas and how developed and developing countries can cooperate. Such logistical questions are particularly vital for a rapidly developing region like the Indo-Pacific, which accounts for 60% of the world economy and two-thirds of all economic growth over the last five years.

Following the conclusion of COP26, the National Bureau of Asian Research (NBR) hosted a roundtable to provide perspectives on the contributions made by China, India, Japan, the Pacific Islands, and the United States. Experts discussed the outcomes, obstacles, and paths forward for partnership across the Indo-Pacific on addressing climate change, including how these countries and the region more broadly will manage the consequences of what some experts considered a collective failure to achieve COP goals. As we look ahead to COP27 in Egypt later this year, this roundtable considers how these regional partners in the Indo-Pacific can move forward to achieve the goals set at COP26. The following introduction highlights key takeaways.

The reasons for China’s struggle to move away from coal are manifold, but vested fossil fuel interests that work to slow down the energy transition process are an important factor. Many provinces are still completely dependent on coal for their livelihoods. Thus, measures need to be taken to ensure that communities are not left behind in the global shift to renewable energy consumption.

Concerns about a “just” energy transition are not unique to China. Many localities across the region, as well as within the United States, are similarly struggling to transition to a new sustainable energy mix while protecting economically vulnerable populations. Precedents such as the U.S.-China joint climate declaration to discuss collaboration on ways to achieve just transitions in both countries offer some optimism for the future. Yet much more work needs to be done to rally big emitters, including the United States and China, to mitigate catastrophic climate impacts on the environment.

India. At COP26, India joined the list of countries committed to achieving a net-zero economy, though the country’s target date of 2070 has drawn some criticism. India hopes to expand its energy consumption to meet growing domestic demand while simultaneously working toward this new net-zero goal. This means that critical investment decisions on what kind of power plant to build or vehicle manufacturing to promote will have consequences decades down the road. Thus, the next ten years will be a critical period for India’s action on climate change.

Financing the energy transition remains an important and difficult issue. A recent report from the UN Framework Convention on Climate Change standing committee examined the stated needs of developing countries to reach their Nationally Determined Contributions (NDCs), estimated to be $6 trillion by 2030. However, only $600 billion worth of these costs included plans for financing, with the vast majority expected to come from international sources.

India alone is estimated to require approximately $10 trillion to achieve its net-zero goal by 2070. Although new short-term commitments for financing were made in Glasgow, longer-term financial questions remain unanswered. In particular, the critical issue of a financing mechanism for loss and damage was left mostly unresolved. A deal on loss and damage is needed to provide compensation from rich countries to vulnerable and poor countries already facing devastating impacts of climate change on their lives, livelihoods, and infrastructure. However, developed countries like the United States and the European Union remain reluctant to commit to such demands out of fear of facing unlimited financial liabilities. For developing countries like India, COP27 will need to see substantial progress on these key questions to be considered a success.

Japan.In order to achieve the more ambitious goals set at COP26, the Japanese government has announced a new 2030 target for electric power production. The plan emphasizes expanding renewable energy using hydrogen and ammonia in the hopes of replacing coal. Regional carbon pricing was another point of discussion at COP26 between Japan and neighboring countries. Cooperation is currently limited due to Japan lacking a national emissions trading scheme that could potentially be connected to those in countries like China and South Korea.

Equalizing the effective carbon rate for different fuels is also a priority for Japan to achieve its COP26 pledges. Although the domestic carbon tax remains low in terms of climate change mitigation at around $3 per ton of CO2, the government is considering implementing a new carbon tax so that crude oil, liquified natural gas (LNG), and coal will share the same tax pricing. Tax revenue would then be used to promote further development of battery, hydrogen, or carbon capture, utilization, and storage technologies.

One important development at COP26 was that the discussion of Article 6 of the Paris Agreement saw progress on emissions trading. This is a key issue for Japan, whose Joint Crediting Mechanism seeks to reduce greenhouse gas emissions through cooperating with developing countries.

Pacific Islands. Given the immediate threat of climate change to low-lying islands, accelerating the energy transition this decade is a priority for the Pacific Island countries. There were some positive developments at COP26, such as the commitment to phasing down coal within the Glasgow Pact and the creation of the Framework for Capacity Building for Economies in Transition. Yet more work needs to be done to expand the role of Pacific Island participants at the negotiation table. The people of the Pacific Islands are not just “victims” of climate change but critical players in mitigation efforts.

The youth population will be important in this process. Regional youth organizations have been pushing for seven specific policy goals, including greater investments in clean energy, improved operationalization and financing of the Santiago Network for loss and damage, and the expansion of national and international decision-making spaces that incorporate younger perspectives. Too often, the youth movement in the Pacific Islands is excluded from the policy space, which has led to some disappointing results from COP26 for the region, particularly the lack of progress made on loss and damage frameworks. One positive development on this issue is that the Glasgow agreement included funding for the Santiago Framework, which provides technical support from developed countries to help poorer nations avoid the worst impacts of climate change.

The United States. As early as April 2021, President Biden laid important groundwork for November’s conference. To begin with, he gathered world leaders at a climate summit, where he announced that the United States would work toward carbon neutrality in the electricity sector by 2035 and full net-zero by 2050. At COP26 itself, the administration’s pledge to cooperate with China to reduce emissions broke new ground on international climate cooperation. Moreover, the bipartisan infrastructure bill, passed during the COP26 negotiations, provides billions of dollars for electric vehicle charging networks, upgrading transmission lines to expand renewable energy, and transitioning fossil fuel workers to new, greener jobs.

In the months since COP 26, however, progress in the United States on mitigating climate change has slowed. The more ambitious Build Back Better plan, which would have extended tax credits for renewables and created the Civilian Climate Corps, stalled in the Senate. With the 2022 midterm elections on the horizon, the window may close for large-scale legislation on climate change. As for executive options, the Supreme Court is debating the legality and scope of allowing the Environmental Protection Agency to regulate carbon emissions from power plants, possibly limiting this avenue for meeting climate targets.

The world is faced with uncertainty on multiple fronts, from the ongoing Covid-19 pandemic to the war and growing humanitarian crisis in Ukraine. While climate change is more gradual and dispersed, its effects compound the challenging political and economic issues of today and will do so even more in the future. Nearly all criticism and support of COP26 has agreed on one point: last November set the stage for progress, and it is now up to the nations of the world to bring more than words to COP27. This roundtable identifies priorities for China, India, Japan, and the Pacific Islands, as well as opportunities to increase cooperation toward achieving the shared goals set at COP26.