This essay recounts the emergence of various Indo-Pacific concepts in recent years and assesses the different regional frameworks articulated by a range of countries.

Many countries have articulated Indo-Pacific frameworks for regional security. The Indo-Pacific is being posited as a counter to a China-centric view of regional order under the Belt and Road Initiative. Critics of the concept argue that it is new and artificial, unlike the established Asia-Pacific; it is a U.S. ploy to “contain” China; the Indo-Pacific is too large and vague a region to provide the basis for a strategy; and the multiplicity of Indo-Pacific views from different countries highlights an inability to cooperate in handling Chinese power and U.S.-China tensions. However, the Indo-Pacific is not a new idea, nor is it narrowly American; rather, it renews the region’s enduring maritime and multipolar character. The Indo-Pacific also does not exclude or contain China, though it does dilute China’s influence. Moreover, the region’s scale, ambiguity or “duality,” and apparent diversity of national approaches are advantages rather than liabilities. They can improve the durability and effectiveness of the Indo-Pacific in framing strategies to cope with Chinese power.

Rory Medcalf is Professor and Head of the National Security College at the Australian National University. He was an early advocate and developer of an Indo-Pacific strategic concept and is the author of Indo-Pacific Empire: China, America and the Contest for the World’s Pivotal Region (2020). 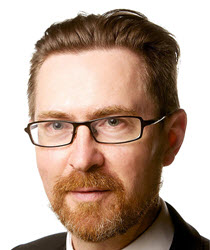