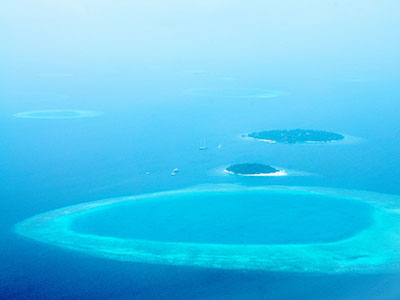 In light of recent developments in the waters around India, Abhijit Singh (Observer Research Foundation) looks at New Delhi’s maritime operations and partnerships in the context of South Asia’s evolving maritime politics.

In recent weeks, two developments involving India have absorbed discussions within maritime circles. First, the Indian Navy positioned a guided missile frigate, the INS Karmuk, off the Andaman and Nicobar Islands, leading to speculation that New Delhi is implementing plans to secure the eastern Indian Ocean. The Straits Times even suggested that India is fortifying the Bay of Bengal to prevent Chinese submarines from visiting the Indian Ocean region (IOR). [1] A few days later, during U.S. defense secretary Ashton Carter’s visit to New Delhi, India and the United States agreed to sign a logistics exchange pact in the coming months. The agreement—a key foundational pact aimed at operationalizing India-U.S. maritime cooperation in the wider Asian commons—led some political commentators to conclude that New Delhi has acquiesced to partnering with Washington in a maritime coalition aimed at countering China. [2]

Speculation surrounding India’s real intentions in the Indian Ocean—though overblown—is not entirely off the mark. India’s efforts to reclaim its maritime space have been evident since January, when New Delhi positioned two P-8I maritime reconnaissance aircraft in the Andaman Islands following reports that a Chinese submarine tender had ventured close to the strategic archipelago. Last month, the Indian Navy deployed another P-8I maritime surveillance aircraft, this time to the Seychelles, for surveillance missions and antipiracy patrols. The trigger for the move, analysts claim, was again growing concern in New Delhi that a Chinese submarine support ship had come too close to the Andaman and Nicobar Islands, suggesting the presence of a People’s Liberation Army Navy (PLAN) submarine in the region. [3]

While there have been clear signs of India’s consolidation of its naval power in the Andaman and Nicobar Islands, some analysts see the recent developments as part of a larger strategic design in the wider eastern littoral. It is not happenstance, for instance, that India’s new aircraft carrier, the INS Vikramaditya, visited ports in Colombo, Sri Lanka, and Malè, Maldives, in January; it is rare for an Indian aircraft carrier to visit two South Asian littoral states in the same deployment.

Nor is New Delhi’s expansion of maritime aid to smaller Indian Ocean states in the past twelve months purely coincidental. Recent gestures of naval assistance, including sending a high-end patrol vessel to Mauritius in February 2014 and two advanced light helicopters to Maldives last week, underscore India’s security stakes in its maritime neighborhood. Unsurprisingly, the Indian Navy’s operations in the western Indian Ocean now involve top-end capabilities and high-value strategic platforms assigned diplomatic messaging missions. Some see this pattern of deployments as a clear illustration of New Delhi’s ambition for a larger maritime profile in the IOR.

More importantly, India appears to be fine-tuning its combat machinery in the South Asian littoral. Impelled perhaps by China’s growing naval forays into the Indian Ocean, New Delhi has been strengthening its Andaman and Nicobar Command for a more robust defense of the near littoral. In an amphibious exercise conducted in April, the three arms of the Indian military combined seamlessly to practice defensive missions in the strategically located islands. The Indian Navy, which commissioned an air base on the southern tip of the island chain in 2012, has now proposed the Maritime Infrastructure Perspective Plan to transform smaller naval detachments at the Lakshadweep and the Andaman and Nicobar Islands into larger maritime hubs. Meanwhile, New Delhi has also signed agreements to develop an island in both Mauritius (Agalega) and Seychelles (Assumption). To this end, India is undertaking infrastructure projects that would, among other things, enhance the capabilities of the regional defense forces—hinting at greater strategic synergy in regional maritime endeavors.

Despite actively seeking maritime influence in the regional commons, however, India has desisted from projecting combat power in its near seas. The Indian Navy’s operational approach has been, to the contrary, remarkably collaborative, with increasing attempts to improve tactical coordination with regional maritime agencies in the protection of vital sea lanes and crucial trade chokepoints. The navy’s flagship endeavor in South Asia is still the Milan exercise—a cooperative meeting of regional navies in Port Blair every two years with a singular focus on humanitarian operations. Furthermore, India’s naval leadership continues to promote the Indian Ocean Naval Symposium, a collaborative endeavor that addresses the complex operational challenges faced by regional navies, such as floating armories and illegal acts of violence by on-board security personnel at sea.

India’s effort to expand security cooperation with the United States underscores the country’s realistic appreciation of Asia’s evolving maritime architecture. Despite being the most capable maritime force in South Asia, the Indian Navy does not have the capacity to underwrite security in the South Asian littoral—especially with rising transnational crime and environmental degradation. Since 2011, India, Sri Lanka, and Maldives have combined forces in a trilateral security effort led by their respective national security advisers, creating a regional mechanism for tackling nontraditional threats in South Asia. Despite limited success, the initiative has helped showcase India’s security efforts in the regional commons, especially the Indian Navy’s continuing efforts to assist the maritime agencies of Mauritius, Maldives, and Seychelles in building capacity as well as the provision of local surveillance and hydrographical services.

A key component of the Indian Navy’s operational doctrine is the diplomatic dimension of regional maritime missions. Intent on improving the tenor of nautical outreach in the neighborhood, the navy’s latest maritime strategy document supports nautical multilateralism. The document describes India’s outreach in the IOR as a series of bridge-building initiatives that seek to combine security with development.

India is also refining the content of its bilateral maritime relationships. The Indian Navy recognizes that it must share responsibility for the region’s littoral spaces with friendly maritime agencies to create the operational capacities needed to shoulder the regional security burden. The importance of sharing operational responsibility goes beyond considerations of preserving the balance of power to also include nontraditional security and developmental initiatives. To this end, Indian policymaking is ever more cognizant of the imperatives of maritime economics in South Asia: “blue economy” projects, sustainable growth, maritime infrastructure, and renewable energy feature prominently in the contemporary discourse on maritime security.

India’s principal predicament in the Indian Ocean, however, is still finding the right balance in its maritime relationship with China. While the PLAN’s growing presence and influence in the IOR is a source of abiding concern for the Indian Navy, New Delhi feels compelled to desist from publicly voicing its anxiety. This is in spite of deepening misgivings about the composition of PLAN antipiracy patrols in the region (now comprising submarines, amphibious ships, and guided missile frigates), as well as Beijing’s maritime Silk Road proposal, which Indian observers allege is a pretext for a robust naval presence in the Indian Ocean.

There is also suspicion in New Delhi that China’s IOR blueprint includes plans for the construction of multiple logistical facilities. Since February, when the Chinese government signed a ten-year agreement with Djibouti to set up a rest and replenishment facility in the northern Obock region, Indian strategic circles have been abuzz with speculation about an operational Chinese naval base in the IOR. Beijing officially described the new facility as “Djibouti’s participation in developing the 21st-century Maritime Silk Road,” [4] but many in New Delhi are convinced that it is meant to provide cover for PLAN operations in the region. [5]

These fears and suspicions explain why New Delhi recently chose to emphasize its stakes in the Indian Ocean. India realizes that it must stress its geopolitical interests in South Asia, while creating the capacity to play a security role in the wider Asian littoral. To achieve these strategic objectives, India must act in concert with friendly states—both in the Indian Ocean and beyond.

India’s widening spectrum of maritime operations and partnerships should be viewed in the context of South Asia’s evolving maritime politics. More frequent deployments in the regional commons and the improving maritime relations with the United States are all signs that New Delhi is willing to act creatively to protect its regional equities. In the near future, the Indian Navy can be expected to combine political outreach and economic engagement with a hard-power presence and traditional maritime operations in a bid to emphasize its strategic leverage in India’s near neighborhood.

Abhijit Singh is a Senior Fellow at the Observer Research Foundation and heads the Maritime Security Initiative. As a former naval officer, he is a keen commentator on maritime security affairs in the Indo-Pacific region.