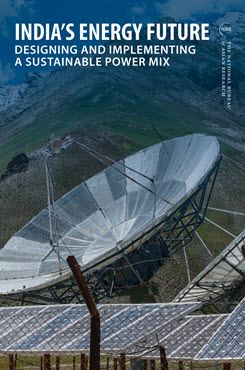 Report from the Energy Security Program

This is the foreword to a report from NBR’s Energy Security Program that analyzes the role of the power sector in addressing challenges for India’s economic, energy, and environmental security and considers policy options for the country to transition to a more sustainable power mix.

According to the International Energy Agency (IEA), electricity demand in India is expected to grow by 5% per year, nearly tripling overall power demand by 2040. Hence, India’s future power mix will be the most important factor in achieving the country’s goals for energy security and reducing carbon emissions. India seemed to be on a path to ramping up renewable energy to hit its target to install 175 gigawatts (GW) of renewable energy capacity by 2022. However, progress was slowed throughout 2021, due to the ongoing economic recovery from the Covid-19 pandemic. The result is elevated concerns over the country’s ability to hit the 2022 target and the more ambitious 450 GW target by 2030. Other major questions remain about the enormous challenge of integrating intermittent renewable capacity into antiquated transmission grids and ensuring that grids have the flexibility to absorb that capacity expansion.

Despite positive momentum for renewables, India still has a long way to go in reducing its heavy dependence on coal. It is the second-largest consumer of coal globally, and approximately 70% of the country’s electricity was generated by coal in 2020. Coal consumption rose by over 50% in just the past decade. The announcement during the 26th UN climate conference in Glasgow in November 2021 that India would become a carbon-neutral economy by 2070 was immediately met with questions about how emissions will be phased down, particularly given existing plans to increase domestic coal production.

Meanwhile, despite the government’s stated goal to make India a cleaner, gas-based economy, the percentage of natural gas in the power mix remains low. Key challenges are price sensitivity to the relatively high-priced imported liquefied natural gas (LNG), the cost of building new infrastructure to receive and transport natural gas, and the issue of stranded assets with long-term strategies for renewables and net-zero transitions in mind. India’s growing dependence on imported gas and the risks of supply disruptions are also key strategic concerns.

In addition to these domestic policy challenges, India faces an increasingly complex regional strategic context that affects the potential for regional energy cooperation. China’s Belt and Road Initiative remains a key point of regional competition and alternative source of energy investment. Tense Sino-Indian relations are regularly exacerbated by India’s partnership with other regional powers, including Japan, Australia, and the United States. As Michael Kugelman notes in his essay, the Quad presents an opportunity to address energy security concerns, but it is also a major sticking point in managing relations with China. Additional efforts, such as the U.S.-India Strategic Clean Energy Partnership and the Japan-India Energy Dialogue, offer avenues for increased collaboration on energy security and clean technology development. Yet how each country will prioritize these initiatives, especially the issue of funding, remains a question.

Given the important questions that remain about how India can continue to build on its past achievements to address the numerous barriers outlined above, the theme of the 2021 Energy Security Program is “India’s Energy Future: Designing and Implementing a Sustainable Power Mix.” For seventeen years this program has provided an assessment of major developments in Asian energy markets and geopolitics to assist policymakers in better understanding and addressing the implications for energy and environmental security in the region. The 2021 program focused on a range of critical issues, including both the fuels and policy constraints affecting how India shapes its power mix, the huge investment needed in grids to ensure reliable access to electricity, and how power and energy policies can be reconciled with broader plans for national and global climate action.

The National Bureau of Asian Research (NBR) commissioned essays by four scholars with expertise on these issues. The preliminary findings were discussed at a virtual workshop on September 22–23, 2021, which NBR was pleased to once again co-host with the Wilson Center. The authors have drawn on feedback they received at the workshop to strengthen their research and findings.

In the opening essay, Michael Kugelman from the Wilson Center considers the way India is developing its power sector within the broader context of its bilateral and regional partnerships and questions of geopolitical competition. He notes that much of India’s electricity mix depends on imports, making the power sector vulnerable to supply chain disruptions and maritime chokepoints. At the same time, regional electricity and infrastructure integration remains low, limiting the ability to rely on transborder electricity amid surges in demand. Finally, Kugelman provides an assessment of two institutions that hold the most promise in mitigating impacts from geopolitical tensions and strengthening regional energy security. While neither will address the technical and policy barriers to ensuring a reliable power sector in India, they can provide important avenues to bolster trade and economic resiliency to source fuels or materials.

The second essay by A.K. Saxena of The Energy and Resources Institute (TERI) and T.C.A. Avni, an independent researcher, examines the outlook for India’s electricity sector and the projected fuel mix in the coming decades. They note that although there has been an ambitious transition to scale up renewable energy from coal and other carbon-intensive fuels, the grid remains relatively inflexible, limiting the ability to integrate the increasing capacity of renewables across the country and to respond to rapid fluctuations in demand. Saxena and Avni emphasize that the solution to this inflexibility will be multifaceted and must consider policy, social, land-use, regulatory, and market barriers, among other factors.

In the third essay, Astha Gupta, a consultant to the IEA and a 2020 NBR Asia EDGE Fellow, explores questions of how electricity is transmitted, with a specific focus on the role of distributed energy resources (DERs). She notes that although India has achieved universal electrification, the supply of electricity remains unreliable and often unaffordable, particularly for those in more remote areas. DERs, such as rooftop solar and mini-grids, can sidestep some of the challenges of constructing and operating large-scale power plants, including faster repair and installation, which is particularly important during natural disasters. They can also lower environmental footprints (in terms of both land use and pollution). Gupta examines the steps policymakers could take to address financing, pricing, and demand management.

The final essay by Lydia Powell of the Observer Research Foundation identifies the factors that shaped India’s nationally determined contributions (NDCs) and assesses the likelihood of these factors withstanding policy and economic challenges as India endeavors to decarbonize. Although increasing the share of low-carbon fuels is critical, she emphasizes the need to reduce emission intensity across sectors as part of larger efforts to achieve and strengthen India’s NDCs. Powell also outlines considerations for policymakers seeking to secure investments, balance development strategies, and manage consumption trends and norms.

Collectively, these four essays provide much-needed context for how the power sector fits into the broader questions facing India’s economic, energy, and environmental security. The analysis stresses that it is necessary to consider the electricity sector in parallel with overall energy demand growth, as the two are intertwined, with far-reaching implications for both domestic and foreign policy. When considering the ongoing developments taking place in energy markets and the global efforts to mitigate climate change, securing the necessary financing and investment to support transitions will remain a key priority to meet demand for reliable and affordable electricity.

The 2021 program would not have been possible without the tremendous support, guidance, and dedication of a number of organizations and individuals whose efforts are particularly worthy of recognition. First, we are grateful to Chevron and ConocoPhillips for their ongoing sponsorship of this initiative. Their contributions are indispensable for the program’s activities and research agenda. Second, over the past ten months we have received comments from numerous U.S. and South Asian scholars, representatives at international organizations and development banks, and government officials on how the region is approaching power sector development amid low- carbon transitions. While there are too many people and groups to list individually, the workshop and this report would not have been possible without their contributions.

Behind the scenes, Audrey Mossberger, Tom Lutken, Micah Sindelar, Chihiro Aita, and Kylie del Rosario of NBR worked tirelessly to develop the program and refine the policy discussions, as did Michael Kugelman and his team at the Wilson Center in support of the workshop. This report is the product of their hard work, as well as the efforts of numerous others. We hope that you enjoy the report as much as we enjoyed working on it. 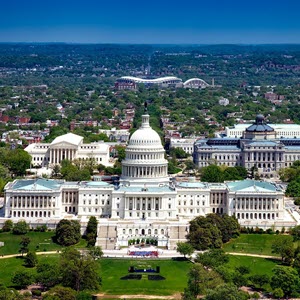 Toward Energy and Climate Security: Pathways and Priorities for Cooperation in 2022