How Taiwan's High-Income Trap Shapes Its Options in the U.S.-China Competition

This chapter examines Taiwan’s options in navigating the growing rivalry between China and the U.S. and what its choices reveal about Taiwanese assessments of U.S. credibility and Chinese intentions.

As the rivalry between China and the U.S. intensifies, the Taiwan Strait remains one of the most important arenas of competition. The double bind of trying to preserve a strong Taiwanese identity against increasing Chinese pressure, while integrating more closely with the Chinese market to address the severe economic problems produced by Taiwan’s high-income trap, has made China both an increasingly important economic partner to Taiwan and a dangerous existential threat. As a new democracy, Taipei sees the U.S. as a natural ideological ally as well as a security partner, but it also worries about Washington’s unreliability as China grows stronger. This complex situation leaves Taiwan with three main options: moving closer to the U.S. to balance China, accommodating Beijing, and hedging.

Syaru Shirley Lin is Compton Visiting Professor in World Politics at the Miller Center of Public Affairs at the University of Virginia. 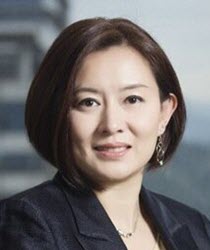