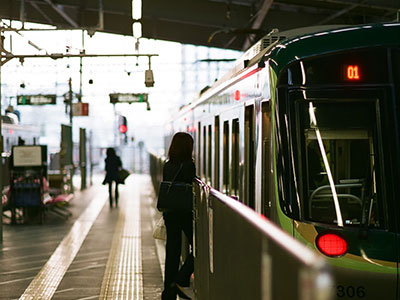 Workshop Report from Adapting to a New Energy Era

Engaging the Opportunity of a New Energy Era

In this workshop report, senior energy and geopolitical specialists examine how the Asia-Pacific might strengthen regional cooperation on common energy challenges.

Yet as developments in world energy markets—from the emergence of newly viable supplies to advances in energy efficiency—present new opportunities for mutual gains, there is great potential for leveraging common interest in stable markets to promote greater cooperation. However, achieving this outcome will require dedicated and innovative leadership from a range of key partners across different backgrounds and countries.

To address these issues, the National Bureau of Asian Research (NBR) convened an intimate, high-level workshop in Tokyo. Discussions featured senior delegates from across the Asia-Pacific and emphasized strategies, next steps, and potential challenges for strengthening regional energy collaboration. This report summarizes the workshop’s key findings.

Key Drivers and Potential for Engagement

Although careful to note the degree of the challenge ahead for fostering greater regional cohesion, participants highlighted a number of arenas where engagement is increasingly robust and yielding positive gains. They paid particular attention to the range of activity occurring outside official government policymaking communities. “Unfortunately, intergovernmental cooperation on the energy front has not made much progress in Japan, China, and South Korea due to political friction. However, there has been some positive movement in the private sector,” noted one participant at the outset of discussions. As an example of this trend, participants pointed to the fact that industries from Japan and South Korea have engaged in dialogue and reached a number of agreements on fostering the development of liquefied natural gas (LNG) supplies, with similar interactions occurring between industries from other countries within the region, such as Japan and India. Building on this point, scholars Kei Shimogori and Yu Nagatomi (Institute of Energy Economics, Japan) noted the extensive engagement and dialogue at the academic level across the Asia-Pacific—in particular, exchanges between Japan and Southeast Asian countries.

Yet while these examples focus on collaboration within the Asia-Pacific, participants observed that a key test of the effectiveness of regional efforts would occur in markets beyond North America and Asia. Across all sessions, participants noted that the security and reliability of Middle East oil and gas flows are critical issues for Japan, China, South Korea, and other consumers in Asia. For example, Kuni Miyake (Canon Institute for Global Studies; Ritsumeikan University) stated that Asia and the Middle East increasingly constitute one theater of operations in terms of both economic and strategic partnerships. However, participants remained heavily divided on how strong an appetite stakeholders have for increasing their engagement in the Middle East in terms of quantifiable, observable commitments to supporting regional stability. Additionally, several people expressed high degrees of concern or ambivalence about the way forward for engaging with China, particularly given uncertainty in the broader security relations between China and its neighbors. One participant observed that, for the Middle East, “China is a new element in the discussion of burden sharing. Involving China is okay if it follows the status quo. But if China is trying to change the status quo, how can we involve them?”

Yet as Admiral Dennis C. Blair (Sasakawa Peace Foundation USA; NBR Board of Directors) argued, a symbolic presence in the Middle East and in arrangements for Persian Gulf and global energy security may be as important as a physical presence: “If we are together politically…then the military side is pretty manageable.” Admiral Blair further noted that demonstrating strong trans-Pacific commitments grounded in common policy statements, economic strategies, and dedication to open markets may augment or otherwise supplement an evolving military positioning abroad. To that end, participants added that a commitment to talks among Japan, South Korea, and other countries may be seen as highly symbolic and thus important for demonstrating regional cohesion.

Building on the theme that greater dialogue is needed, several participants emphasized that stakeholders must address the question of how to enhance the region’s energy architecture. “The shape of global markets is changing very quickly, and requires a similar response in the shape of our global institutions,” observed one senior energy specialist in his remarks.

Several participants noted that while the International Energy Agency (IEA) has been the world’s most comprehensive forum for ongoing dialogue on energy issues, it is based on a framework created by the Organisation for Economic Co-operation and Development (OECD), with membership restricted to OECD members. With rising demand being driven by China, India, and increasingly Southeast Asia—which are all currently outside of this framework—participants agreed that the IEA’s existing structure presents serious limitations.

Although many contended that this shortcoming suggests a clear need to bring new countries, particularly China and India, into the IEA framework, this process poses a number of challenges. On the one hand, bringing China and India into the IEA would require statutory revisions. The United States and Japan are already strong proponents of such changes, yet moving forward would require greater outreach to Europe and other states that have reservations about how this change would affect the institution. For example, a participant noted that one of the immediate implications of bringing China into the IEA is that, pending no other structural revisions, China would immediately become at least the second-largest voting bloc, given that voting is based on consumption.

On the other hand, the reverse side of this challenge is determining to what extent China is interested in taking on a greater role in the provision of international energy security via the IEA framework. As some delegates pointed out, Beijing has more frequently advocated for a regional forum on energy security, emphasizing pan-Asian frameworks for not only oil but also gas.

Without undercutting the need to develop stronger institutional frameworks for energy cooperation, a number of senior representatives observed throughout the workshop that Asia-Pacific trade relations have steadily expanded in recent years. In particular, the shale revolution in the United States has accelerated opportunities to deepen energy ties. As an example of this potential, Mikkal Herberg (NBR) noted that the increase in U.S. natural gas production alone is roughly two and a half times Japan’s annual gas consumption. Moreover, participants emphasized the finding of numerous analysts in both Asia and North America that these supplies do not need to be directly traded with Asia for regional consumers to feel the benefits of this production surge. [1]U.S. natural gas exports could play a critical role in enhancing regional security through offering access to supplier diversification and to more transparent and oil de-linked pricing systems.

Participants further noted that there is increasing momentum among U.S. policy groups to reconsider U.S. bans on crude oil exports and thus revisit the United States’ role as a major energy supplier in even broader terms. Although delegates agreed that it is perhaps too soon to forecast the combined impacts of these potential policies, many maintained that such discussions hint at a key way in which the United States could continue to play a positive, proactive role in supporting global markets.

Yet, while significant attention has been paid to the impact of the shale gas revolution in the United States, participants were quick to highlight the critical role that Asian countries can play in fostering greater levels of energy security, specifically through leveraging resources in supplies, technology, and innovation. As several participants noted, Japan has been a key provider of nuclear technology, and as such has helped advance regional diversification efforts. One Japanese participant added that the greater use of nuclear energy across Asia could help both with easing demand on oil and gas markets and with meeting targets to address CO2 reduction goals, but that the road forward on nuclear energy remains unclear in the aftermath of the Fukushima Daiichi disaster. Japan could thus play a vital role in the region by integrating lessons learned from that disaster into both its own and international planning and thereby offering a vision for how to provide greater levels of international nuclear security. As aptly noted in a paper by James Platte, nuclear industries in Asia have, since their beginning, included strongly multilateral approaches, with suppliers and partners crossing borders and regions. [2] This suggests not only an existing theoretical framework for cooperation but a willingness and will to turn this interest into specific, tangible results.

Throughout the workshop’s discussions, Meredith Miller (NBR) raised the issues of what it might take to build momentum for the recommendations and how to create a positive environment for proactive change. Roy Kamphausen (NBR) raised concerns that this type of significant action might only occur with a crisis—at which point, damage may already be done to Asian energy security, leading to supply shocks, large price swings, and other adverse effects.

To avoid this outcome, participants highlighted the broad range of small steps that could be taken now across sectors to avoid potential disruptions down the road. Kamphausen emphasized the opportunities available to strengthen existing coalition task forces, such as those in the antipiracy mandate, and to use these programs as a model for what a shared mission in regional security might look like. Critically, Japan and South Korea could provide vital leadership on these issues by raising strategic considerations in the Persian Gulf with their defense counterparts in the United States and across the Asia-Pacific region. Tanaka added that China would likely view greater collaboration among these powers with interest. While being no guarantee of future Chinese involvement, discussions would likely be seen as highly symbolic, while the absence of discussions would hinder Chinese interest.

Workshop participants agreed that the challenges of adapting to a new energy era will require Asia-Pacific countries to make a concerted effort to strengthen regional collaboration in policy arenas where competition rather than cooperation has more often been the norm. As Herberg noted, “energy cooperation can suggest a pathway for building greater [regional] trust,” yet it requires addressing critical policy questions where uncertainty could hinder progress. He added, “Countries will need to strive to find a balance among key stakeholders, where each has enough power, control, influence, and responsibilities to be invested in the maintenance of healthy systems.” As further highlighted by Junko Chano (Sasakawa Peace Foundation), “the world is in a critical moment, where enormous shifts are taking place at increasing speed…[yet] at the same time the effects of these changes are being experienced very differently [across the region].” While striking such a balance will not be easy, energy cooperation is an area where incremental progress now may yield greater overall effects across the region.

[1] For further discussion on how these dynamics are shaping the region, see John Ryan and Clara Gillispie, “New Outlooks for Asian Energy Security: Changing Global Dynamics and Regional Responses,” NBR, Workshop Report, May 2014.

This report was prepared by Clara Gillispie, Director of Trade, Economic, and Energy Affairs at NBR. 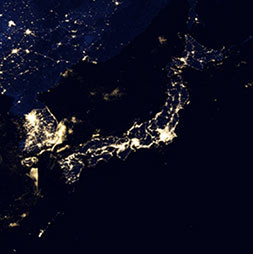