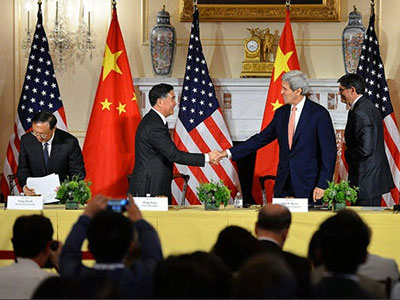 Travis Tanner (100,000 Strong Foundation) explains why the upcoming summit between Presidents Barack Obama and Xi Jinping is an opportunity to strengthen the U.S.-China relationship, specifically by encouraging progress in the P2P domain.

The U.S.-China relationship has changed significantly over the past 35 years and continues to evolve. However, as ties between the two countries appear to be entering a new and important phase—marked by high international stakes, increased tensions over strategic and economic issues, and a growing number of overlapping interests—senior leaders of both nations must seek new and innovative ways to cultivate and leverage people-to-people (P2P) ties to counter the buildup of strategic mistrust and rivalry. The upcoming summit between Presidents Barack Obama and Xi Jinping will offer an opportunity to strengthen the U.S.-China relationship, specifically by encouraging progress in the P2P domain.

P2P Exchange in the U.S.-China Relationship

P2P exchange has long played an important role in the development of the U.S.-China relationship. More than 200 years ago, the U.S. commercial vessel Empress of China visited the port of Guangzhou, marking the beginning of P2P ties. Over 40 years ago, ping-pong players broke the diplomatic ice between the United States and China, heralding the normalization of the bilateral relationship several years later. Since then, P2P efforts have expanded communication channels and contributed to a deeper understanding between the people of both countries.

Today, the level of P2P engagement has reached an unprecedented level. In 2014 alone there were 4.3 million trips made by Chinese and U.S. citizens across the Pacific Ocean. The number of exchanges occurring between students, scientists, artists, tourists, and athletes is growing. For example, 275,000 Chinese students studied in the United States in 2014, a 17% increase over the previous year, designating China as the largest source of foreign students studying in the United States. Likewise, between 2010 and 2014 more than 100,000 American students studied in China—achieving the goal of President Obama’s 100,000 Strong Initiative.

For the past six years, the two governments have held annual dialogues focused on formalizing and enhancing P2P exchanges. The U.S.-China Consultation on People-to-People Exchange (CPE), launched in 2010, is the first of its kind to be held at the cabinet level and has been an incredibly valuable tool for promoting engagement. It has convened a broad range of stakeholders from both countries to advance initiatives and projects resulting in over four hundred bilateral deliverables. Although these achievements are impressive, the breadth of exchanges coordinated under the CPE has not effectively aligned with the broader U.S.-China strategic agenda. In order to decrease rivalry and manage the growing number of strategic and economic challenges facing the bilateral relationship, P2P activities must be expanded beyond the realm of cultural exchange to include strategic issues.

There is a great deal of activity happening in the P2P domain that is not captured under the official CPE. In fact, a majority of P2P activity happens in an organic way that is not directed by either government. And while this trend of grassroots engagement should continue to be strongly encouraged, there is also value in the government prioritizing certain P2P activities. By doing so, the government can bring more resources to bear through its own contributions as well as by attracting support from the nonprofit and private sectors.

When top leaders in both countries prioritize P2P relations, it sends a positive signal to their respective citizens that these activities are important and should be participated in and supported. Following the last meeting between Presidents Obama and Xi at the Asia-Pacific Economic Cooperation (APEC) Summit in Beijing in November 2014, new plans to enhance the bilateral relationship were announced. Several of these initiatives have either directly or indirectly called for progress by advancing the depth and breadth of P2P relations. For example, the two presidents struck a climate change deal to work together to curb emissions and agreed to extend visa validity to citizens of the other country, in some cases from one to ten years.

Yet both countries must do more to ensure that the relationship advances along a mutually beneficial path. As the international weight of their relationship grows, actions taken by the United States and China carry increasingly global consequences. In order to address the pressing challenges of the day, such as global health pandemics, rising economic disparity, nuclear proliferation, environmental degradation, and terrorism, it is critical that the two sides work together to promote global stability. Unfortunately, there is a growing consensus that the bilateral relationship is drifting in a negative direction, with strategic friction and economic competition becoming more pronounced. Elevated attention and new innovative approaches toward P2P interactions are critical for reversing this unhealthy trend.

Although P2P ties are today as robust as they have ever been, the U.S.-China relationship still suffers from significant strategic mistrust and rivalry. Thus, the two countries should create a new high-level framework to orchestrate P2P activities focused on key strategic issues. This is not a proposal to replace the CPE, but instead to create a complementary mechanism within the Strategic and Economic Dialogue framework to coordinate P2P exchange around strategic issues. This new joint senior-level working group (SLWG) would first identify strategic issues that present global risk (e.g., cybersecurity, nonproliferation, territorial disputes, global health, and environmental degradation). Second, it would organize specific P2P forums designed to address these challenges.

For example, the SLWG could organize student exchanges utilizing a project-learning model where U.S. and Chinese students would not simply study in one another’s country but would work side-by-side to develop joint solutions to the challenges of the future. Other Track 2 exchanges could include scientists, policy experts, military personnel, and NGO leaders, while the CPE would continue to coordinate exchanges in less strategic areas like culture, education, and sports.

By fulfilling these objectives, the SLWG would provide a platform for both nations to demonstrate their commitment to collaboration on solving global challenges through practical means. The process would thereby serve as a counterweight to strategic rivalry and enhance mutual trust. As the United States and China benefit from enhanced P2P relations, so too would the world. 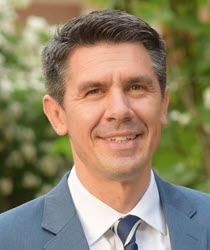