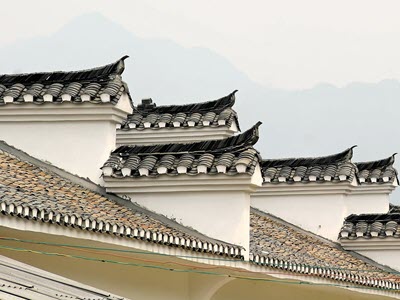 Brief from China's Vision for a New Regional and Global Order

Drawing on the NBR project China’s Vision for a New Regional and Global Order, this policy brief identifies four research findings along with four options for U.S. leaders to shape China’s vision in ways that are more beneficial to U.S. interests.

For many years, Western governments have assumed that China would seamlessly join and support the existing international system, its architecture, its institutions, and the values and norms underpinning them. Beijing would have no reason to seek the revision or transformation of a system from which it had gained so much, especially following its accession to the World Trade Organization in 2001. However, since assuming power in October 2012, Xi Jinping has given clearer indications than his predecessors that China is seeking not only to enjoy a central position on the global stage, commensurate with its economic and military power, but also to reshape, alter, and redefine elements of the existing system to better fit its views and interests.

The Chinese leadership has not offered an explicit description of the world order it would like to see emerge, the kinds of changes it would like to see occur, or the types of mechanisms, institutions, norms, and rules that it would like to see arise as part of a new international system under its helm. This does not mean that the leadership does not have a vision of what it wants. While official pronouncements provide some important clues, additional insights can be gleaned from a careful study of the discussions occurring within the analytical community surrounding the political elites. Some key features of this desired new order are also already visible in China’s current diplomatic practice.

For over a year, the National Bureau of Asian Research (NBR) carefully studied both Chinese official statements and scholarly writings envisioning a future China-led world order. Through the additional examination of seven case studies across countries and functional domains, NBR then attempted to identify the main features of Beijing’s preferred arrangements as they have already appeared. Drawing on our research, we have identified four key takeaways along with four implications and policy options for U.S. leaders.

A vision inspired by China’s past and infused with Leninist principles of power. The Chinese party-state, assisted by scholars and intellectuals, is conducting substantial research to consider what a China-led world order would entail. As it does so, the party-state has rejected Western models and instead primarily revisited historical and traditional Chinese conceptions of empire—tianxia (everything under heaven) and the tributary system.

Although they rely heavily on past models of Chinese supremacy, political and intellectual elites eschew the question of the normative underpinnings of their vision. The China-led world order they envision is not rooted in traditional Chinese wisdom or Confucianist principles; nor is it entrenched in Communist revolutionary ideals. At the same time, references to China’s imperial past do not mean Beijing merely seeks symbolic manifestations of deference from others. Its vision is rooted in the Leninist idea of power and domination. Leninist concepts of penetration, subversion, and access for the pursuit of specific objectives are also used in practice to support China’s expansion. In sum, China’s vision is where tianxia meets Leninism.

A partial system that is neither global nor regional. Beijing does not seem to aim at a complete overthrow of the current international order. Instead, at least in the medium term, the objective seems to be the building of a new, partial system carved out of the existing order.

This subsystem would be hierarchical—with China at the top as well as at the center—and asymmetrical. China would be the biggest, most powerful, and most technologically advanced state, with smaller, weaker, subordinated states circling in its orbit. The China-led order would not be global, but neither would it be merely regional. Indeed, it could eventually expand to include much of the developing, non-Western world, where the power asymmetry would be manifest.

Loose control exerted in the shadow of China’s dominance. Within the confines of this subsystem, China would not seek total, tight control over or full absorption of other countries. Instead, it would focus on developing deep interdependencies, created in the shadow of the country’s economic and military dominance, making it extremely difficult for other states to challenge the system from a position of strength. The political, economic, and security benefits gained through their relations with China would serve both as incentives to perpetuate the system and as leverage to force compliance.

Within the confines of this subsystem, China would not necessarily want other countries to replicate its own political system or governance model. It would prefer, however, that liberal democratic values and principles be suppressed. It would also encourage others to mirror its domestic policies over a wide range of areas, including law and processes, education and media, development and aid, and industrial standards and norms.

In sum, Beijing seems to favor a partial, loose, and malleable hegemony. This hegemony is partial because it implies the existence of a sphere of influence as opposed to an ambition to rule the world; loose, because Beijing does not seem to envision direct or absolute control over foreign territories or governments; and malleable, because the countries included under Chinese hegemony do not seem to be strictly defined along geographic, cultural, or ideological lines, as long as they respect China’s predominance.

A work in progress. The Belt and Road Initiative is central to Beijing’s strategic undertakings. It is the backbone of the new world order that the Chinese leadership wants to see emerge, and its various components are used to engrain China’s long-term influence in the developing and emerging world. This piecemeal acquisition of influence, driven by opportunism, is also guided by a strategic logic that points toward the maximization of power.

China’s vision is still taking shape, and its present form may be transient rather than permanent. A partial order could be an intermediary step toward full hegemony, if China’s material circumstances permit and no countervailing power emerges. The use of military force and coercion, although not now envisaged as a primary tool to achieve strategic objectives, would likely become an additional option as China’s capabilities grow uncontested within the subsystem.

Because of the loose, partial, and malleable nature of China’s envisioned hegemony, and the fact it is still in its infancy, the United States can attempt to shape China’s vision in ways that are more beneficial to U.S. interests. Below are four options for working toward this goal.

Focus on new areas of competition. China’s vision for a new world order points to two main areas of priority: the developing, non-Western, non-democratic world and the existing international institutions. Both should be recognized as areas where the U.S.-China strategic competition is unfolding and thus given greater attention by the U.S. government.

This does not necessarily mean that the United States should attempt to counter every Chinese move everywhere around the globe. In a context of resource constraints, the U.S. government should establish a hierarchy of priorities, engage in an economy of force effort, consider potential Chinese vulnerabilities to exploit, and adopt cost-imposing strategies.

China’s interest in the “global South” also points to the importance of non-allies—smaller players that could partner with the United States in countering Chinese efforts. It also suggests the importance for the United States of continuing to balance China in its own backyard. If kept in check in East Asia, Beijing will be less capable of expanding in other geographic areas or of establishing a wide Sinocentric sphere of influence.

China’s expansion is primarily based not on the use of military instruments but on the use of economic statecraft and the expansion of efforts to shape the external environment through both influence operations and “discourse power”—the power to embed ideas and norms that underpin the international order. The U.S. government should pay attention to both and consider them as domains of competition on par with the military domain.

Deploy a proactive public diplomacy. For many countries around the world, there may be no essential difference between Chinese hegemony and U.S. leadership, believing that “great powers will do what they always do.” The United States should be more systematic in demonstrating the difference between international leadership exercised by a liberal democracy and by an illiberal authoritarian regime. It should remain committed to the support of liberal democracy around the world.

China’s efforts put at risk not only the predominant U.S. position in the current system but the fundamental principles underpinning the existing international order. Liberal democracies around the world should be made aware that the competition underway affects the existing system as a whole and not only the United States.

Strengthen expertise. The new world order as seen through Beijing’s eyes is a very different construct from anything we have known during our lifetime or in modern history. Trying to make it fit within familiar historical examples of expansion and empire would be misleading. The fact that this order is different, however, does not mean that it should be dismissed as fanciful or doomed to fail.

Expertise is necessary to understand China on its own terms so that we can design an adequate response. Funding policy-relevant basic research on China, contemporary strategic issues, and international studies is the equivalent of investing in STEM basic research: the research process is cumbersome and slow, with little immediate return, but it is nonetheless indispensable for real-life policy applications.

The U.S. government should encourage and support institutions and individuals engaged in conducting such basic research on contemporary China and in training a rising generation of analysts able to exploit open-source material in the Chinese language. Properly analyzed, such material gives tremendous insights into the thinking of Chinese elites.

Think ahead and be prepared. Although China’s vision for a new world order is a work in progress, it would be a mistake to wait until this vision is fully formed to start thinking about potential U.S. and Western responses. Strategic foresight is a vital component of preparedness for a protracted U.S.-China competition. If the first signs of China’s ambitions in information and communications technology had been subject to serious strategic foresight exercises, the United States and its allies might have been able to anticipate the security implications of the rollout of Chinese-built 5G networks and could have come up with actionable policy options. The same applies to the slow response to China’s actions in the South China Sea and development of anti-access/area-denial capabilities.

Similarly, we are now only beginning to pick up weak signals of Chinese ambitions on the international stage. We should not wait for China to fully implement its plans before starting to think about policy options. The various U.S. government agencies that are already using strategic foresight as tools for policy planning should include China more systematically in their exercises and develop scenarios that go beyond military war games. 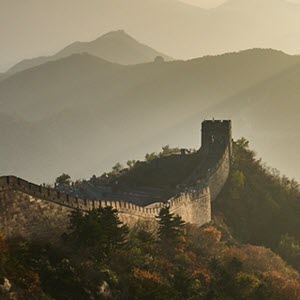 China’s Vision for a New World Order: In Theory and Practice