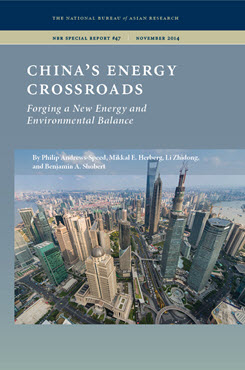 China's Search for Oil and Gas Security
Prospects and Implications

This essay explores China’s impact on global markets for oil and gas and highlights implications for policy and industry.

This essay explores China’s impact on global markets for oil and gas and highlights implications for policy and industry.

China’s transformation into an energy superpower means that its strategies and goals now have far-reaching implications. The rapid growth in Chinese energy demand has long had major impacts on world oil markets and prices. But more recently, the country’s enormous drive to expand natural gas use has begun to have added important regional and even global impacts on gas and LNG markets. The continuing quest for energy security is thus accelerating China’s emergence as a regional and global power. Decisions by Beijing influence not only the country’s domestic trajectory but regional and global outlooks for energy supply availability, environmental security, and geopolitics. These trends are adding complexity to what is already a highly interconnected global picture for energy and environmental security. They are increasing the importance of China’s strategic and economic relationships with its neighbors and major producer countries as it seeks to promote supply security and as other powers seek to adapt to China’s global rise as a crucial strategic and economic player.

Mikkal E. Herberg is a Senior Lecturer in the Graduate School of International Relations and Pacific Studies at the University of California–San Diego and Research Director of the Energy Security Program at the National Bureau of Asian Research.