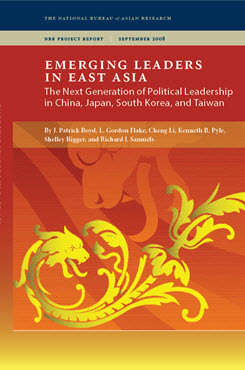 China's Fifth Generation
Is Diversity a Source of Strength or Weakness?

Crucial to any analysis of China’s political trajectory is a solid understanding of what kind of leadership will govern the country in the next decade and beyond. This essay studies the emerging “fifth generation” of leaders with a focus both on intergenerational shared characteristics and on intragenerational diversities.

China’s decisionmakers are by no means a monolithic group of elites who share the same views, values, and visions. Yet it is also too simplistic to assume that Chinese leaders are always engaged in a ferocious zero-sum struggle for power in which the winner takes all. The growing diversity within China’s leadership and the dynamic interdependence among competing factions or coalitions are particularly evident in the fifth generation. The fact that the two most powerful camps in the fifth generation—tuanpai and princelings—have been allotted an equal number of seats in China’s supreme decisionmaking organs indicates the intensity of factional competition. Yet these competing factions are willing to cooperate, partly because they are in the same boat and partly because their expertise and leadership skills are complementary. Consequently negotiation, compromise, consensus-building, and behind-the-scenes lobbying will likely occur more often in the future. The emerging bipartisan balance of power will further contribute to the diversity of outlooks and stances on some major issues, such as economic globalization, social justice, political democratization, and environmental protection. The next decade will test whether China can take a major step toward a more institutionalized transition to power-sharing.