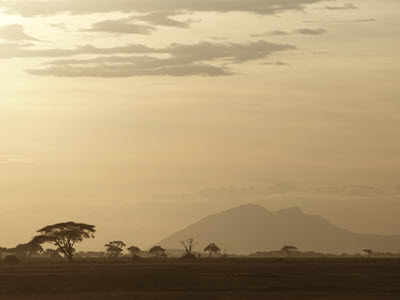 Nadège Rolland describes China’s new Africa strategy as an integral and integrated part of Beijing’s grand strategy and the future global subsystem it aspires to dominate.

Chinese elites are in the process of defining a new Africa strategy, crafted against the backdrop of China’s intensifying global rivalry with the West.[1] From this perspective, the African continent is no longer seen exclusively as a source of energy and raw materials, but rather as an integral and integrated part of Beijing’s grand strategy and of the future global subsystem it aspires to dominate.[2]

African countries have been a constant focus of Chinese diplomacy since the early years of the People’s Republic of China. Starting in the mid-1950s, for ideological reasons, Beijing provided technical and financial assistance to support African revolutionary and anticolonial liberation movements. During the reform and opening-up era, Chinese leaders prioritized instead China’s economic development and continued access to African energy and natural resources. African countries were also key to Beijing’s diplomatic efforts to constrain Taiwan’s international space and to leverage votes in the United Nations to avoid condemnation of China’s human rights abuses.

In the aftermath of the global financial crisis and China’s overtaking Japan as the second-largest world economy, China’s global strategy underwent a fundamental re-examination. Based on perceptions of a looming power shift between a rising East (and South) and a declining West (and North), Chinese strategists began to contemplate the necessity of proactively shaping the global environment to allow for China’s ascendance. They expected an intensifying geostrategic contest as China’s newfound proactive quest for global influence would challenge the U.S. hegemonic position. In this context, they identified the developing world, with the African continent as its cornerstone, as an indispensable piece in what they foresaw as a “new great game” that opposes China against the United States, and the wider West.[3]

To better fit into China’s strategy and serve Beijing’s objectives, African countries would be subjected to a series of economic and political transformations intended to integrate them into the international subsystem that China wishes to create and dominate. Four areas emerge as priorities for China’s new Africa strategy.

Economic development. Beijing continues to take a keen interest in securing access to raw materials and energy supplies, but it is also exploring the wider economic opportunities that Africa may present in the future. African countries may eventually constitute a significant portion of the second loop envisioned in China’s “dual circulation” idea, aimed at creating a viable and secured economic subsystem largely detached from the West’s.[4]

In the next fifteen years, Africa’s sizeable urbanized middle class will grow to 800 million people, constituting a potentially massive new source of demand for Chinese firms eager to further expand their overseas markets. China’s investment in critical infrastructure in Africa is also likely intended to transform the continent into an integrated low-cost manufacturing platform, preparing the ground for African countries to play a role in relation to China similar to the role China has played for the West, while China ascends to the top of global value chains.[5]

Diplomacy. Africa hosts the “largest number of countries that have the smoothest relationship with China.”[6] Its voting power in international institutions is considered a potent asset in China’s continued efforts to legitimize its preferred concepts and initiatives on the global stage and to strengthen its position as a world leader. Beijing also hopes to count on the continued support of African countries whenever it is put under international pressure on contentious issues.

Security and military power projection. Africa is described by Chinese strategists as a possible “exterior line” that China could use to “disturb or divert the attention of the United States and contain its Indo-Pacific strategy.”[7] Rather than advocating a repetition of the Soviet model of proxy war intervention, Chinese elites seem to envision a competition primarily conducted in the diplomatic and economic spheres. However, Beijing’s investments in African ports and their surrounding economic enclaves could prove useful for future naval deployments.[8] In addition, China is deepening its security ties with African countries, including with local law-enforcement actors.[9]

Ideological struggle. The most striking element of China’s new Africa strategy is its ideological dimension. Chinese strategists reckon that “the ideological contest centered on values may become an important aspect of the contest between the United States and China in Africa in the coming period.”[10] The new Africa strategy under discussion envisions the export of relevant elements of China’s economic and political governance model. China is increasingly willing to project its “experience” as a source of inspiration from which African countries should draw, contrasting it against the supposed failures of the liberal democratic path promoted by Western countries. Shaping Africa’s economic development path is intended to create a Sinicized ecosystem in which Chinese companies and industrial standards are embedded, primarily enabling Chinese economic actors to thrive, with some benefits trickling down to the local population.[11] By influencing the political governance model of African countries, Beijing intends to ensure stability in their relationships with China, with the hope of making them better clients in the long run. To that end, Beijing is deploying its sprawling united front network and nurturing local political, intellectual, and media elites through a variety of programs.[12]

The Covid-19 pandemic and Russia’s war in Ukraine have not changed Beijing’s assessment of the geostrategic importance of Africa. If anything, both crises have reinforced two fundamental assessments of Chinese strategists: the West continues to be locked in a power contest against China, and the world structure is undergoing major changes that favor Beijing’s yearning for preponderance. For both defensive and affirmative reasons—to better insulate itself from Western attempts of containment while achieving its rise—China, therefore, needs to establish itself as the dominant power over a sphere of influence that comprises most of the global South, with the African continent as the bedrock. It is key for the United States to acknowledge Beijing’s aspirations regarding Africa and to adapt its own strategy accordingly. Below are three policy options for working toward this goal.

Recognize Africa as a region where the strategic contest against the U.S.-led West is unfolding. This does not imply that the United States should cast its own Africa strategy with China as the exclusive focus, but only that Washington should be aware that China is casting its Africa strategy with the United States as the main target. This may create potential Chinese vulnerabilities to exploit and opportunities for cost-imposing strategies.

Be prepared to invest resources. It is hard to beat something with nothing. The United States should consider sharing the financial burdens of investments in Africa’s future with its key Asian and European allies and partners. Beyond cash pledges, the United States and its like-minded partners should reinvest in a positive narrative that is based on respect and a constructive vision for Africa’s prospects. This needs to be backed by practical initiatives, such as expanded education and training programs.

Resist obsessing over hypothetical Chinese naval bases in Africa. Chinese strategists believe they are locked in an ideological contest against the U.S.-led West and currently prioritize the contest of governance and political systems over military power projection. This ideological contest, instead of hypothetical military bases, should be a priority of U.S. strategic planning. Rather than promoting democracy in Africa in the form of electoral systems, the United States should promote the various manifestations of democracy such as freedom, accountability, transparency, and pluralism. These values are not only of intrinsic worth to ordinary people but also key in countering the detrimental effects of China’s attempts at corruption, elite co-optation, and coercion.

Nadège Rolland is Senior Fellow for Political and Security Affairs at the National Bureau of Asian Research. She is the author of the report “A New Great Game? Situating Africa in China’s Strategic Thinking” (2021) and editor of the reports “Political Front Lines: China’s Pursuit of Influence in Africa” (2022) and “(In)Roads and Outposts: Critical Infrastructure in China’s Africa Strategy” (2022).

[2] For a discussion of the partial, loose, and malleable hegemony that China would like to see emerge, see Nadège Rolland, “China’s Vision for a New World Order,” NBR, NBR Special Report, no. 83, January 2020, https://www.nbr.org/publication/chinas-vision-for-a-new-world-order.

[11] Thierry Pairault, “Industrial Parks in Africa: Building Nests for the Chinese Phoenix,” in “(In)Roads and Outposts.”