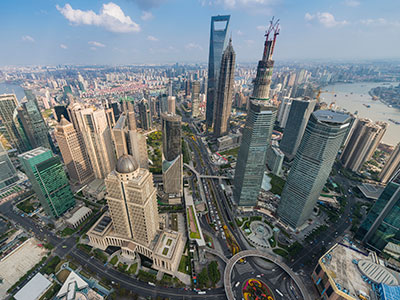 Interview from the Pacific Energy Forum

Brian Yates (SNC-Lavalin) examines the role of environmental impact assessments in acquiring social license. He addresses how they have evolved, how they can advance or derail efforts to gain social license, and how they function within Canada’s regulatory environment and the impact on Asian investment.

On April 23–24, the National Bureau of Asian Research (NBR) and the Slade Gorton Policy Center, in collaboration with the Asia Pacific Foundation of Canada, co-hosted the 2014 Pacific Energy Forum in Seattle, Washington. The forum focused on the theme “Forging Trans-Pacific Cooperation for a New Energy Era.” High-level policymakers, industry leaders, and government representatives from across the Asia-Pacific region gathered to explore the shifting dynamics of the trans-Pacific energy trade and address the challenge of meeting energy demand in Asia while safeguarding the environment.

Social license—establishing and maintaining ongoing community and stakeholder approval and acceptance—is often informal and developed on the periphery of regulatory parameters for resource development. Yet gaining social license provides essential capital for a project to succeed. Corporations can adopt a number of principles and take key steps to effectively foster trust and positive relationships with relevant stakeholders and communities. Among the various engagement tools, environmental impact assessments (EIA) play a critical role.

NBR spoke with Brian Yates, Vice President of Impact Assessment and Community Engagement at SNC-Lavalin, to better understand the role of EIAs in acquiring social license. Yates addresses how EIAs have evolved, how they can advance or derail efforts to gain social license, and how they function within Canada’s regulatory environment—specifically in land claims by First Nations—and assesses the impact on Asian investment.

If social license is the intersection of politics, public policy, and public opinion, how do environmental impact assessments (EIA) help build social license?

Regulatory requirements such as EIAs provide incentives for companies to be good corporate citizens. They focus companies on behaviors and actions that can be broadened and extended to establish a social license. EIAs are also useful to corporations in a number of other ways. They provide guidelines for thinking more broadly—economic benefits, sustainability, environmental management, community engagement—and put a greater focus on the long term. EIAs also establish a foundation to build on. They provide a departure point for corporations to engage in additional steps that, while not required by the regulatory process, are nevertheless effective tools for earning social license. The EIA process also allows corporations to develop expertise and experience that can be carried forward in future projects and activities.

How have EIAs evolved over time? What are key new developments in the process that help build social license?

In the last couple of decades, EIAs have evolved in many jurisdictions to increase stakeholder engagement—including that of aboriginal peoples and the general public—in the assessment development process, particularly with regard to identifying issues and values that should be considered. Today, in many cases EIAs include consideration of socioeconomic effects—both positive and negative—alongside the more traditional analysis of effects on wildlife and vegetation.

Perhaps the most transformative force in the evolution of the EIA process is the Internet, which is driving unprecedented transparency and access to information on projects and company activities. Social media in particular is allowing a diverse spectrum of voices to discuss and define a company based on perceptions of its actions. In the past, companies related to stakeholders in terms of their physical proximity to the projects, and information was accessible mainly through libraries and community meetings. Today, anything can be downloaded and anyone in the world can intervene in a local project. In this sense, there is no “local.” This is a positive development, since it enables a more informed discussion, and companies are required to ensure alignment of messaging across the global stakeholder community.

Finally, EIAs have moved to the global stage. Many of today’s transnationals operating outside the developed world are aiming to meet the highest international standards, such as those set by the International Finance Corporation, regardless of local requirements, which might not be as strict. These EIA standards are a reference point for financial institutions such as the World Bank and Asian Development Bank and set a global benchmark for best practices in the management of environmental and social issues.

Are there downsides to EIAs that present obstacles to building social license and moving projects forward?

By their nature EIAs are highly focused and project-specific, and do not often deal with broader issues, such as regional planning or climate change policy. Because EIAs offer a platform for public engagement, very often these high-level issues get imported into the EIA process by stakeholders who have no other forum for public debate. This is also the case for certain environmental issues. Some of the activities that have the greatest environmental impact, such as urban and agricultural development, transportation, and energy consumption, do not require EIAs. Nonetheless, stakeholders will take advantage of opportunities for engagement in environmental issues wherever they can find them. As a result, when stakeholders try to take the EIA beyond its intended scope—”EIA creep”—proponents of the proposed project can bear an excessive burden related to working out a broad policy issue within their specific project.

As an example, we can look to the climate change debate and discussions of shipping thermal coal from the Pacific Northwest to Asia. The conversation has broadened beyond the impacts of the transportation and handling of the coal itself to include the fate of the coal when it reaches Asia. This raises interesting questions, such as whether it is the responsibility of a port to regulate the ultimate use of materials that pass through its facilities.

The advent of “cumulative environmental impacts” has introduced a new dynamic into the EIA framework. What does this mean for proponents of a given project?

In many cases, stakeholders, such as aboriginal groups in Canada, press for broad-based consideration of cumulative effects beyond those linked to a specific project. Proponents often experience frustration associated with the prospect of being expected to undertake a regional planning exercise on the back of their project. Therefore, one recommendation to governments is that policies must be developed to better address broader issues such as climate change and natural resource use, and engage stakeholders and aboriginal peoples more effectively.

Canada, and British Columbia in particular, is resource-rich but must also respect First Nations land claims and treaties. How do countries like China, India, and Malaysia, which are interested in investing in Canada’s resource-based industry, navigate this kind of regulatory environment and successfully secure social license?

While no project is free of issues or concerns, there are a lot of good examples in British Columbia’s energy sector of proponents advancing meaningful engagement with local communities. Many projects have featured meaningful commercial relationships—direct procurement, equity, and shareholder and ownership opportunities—with First Nations and local businesses, as well as extensive consultation across a range of stakeholders. While each project or investment has its unique circumstances and issues, those investing in Canada’s resource industries should spend the time to get to know local communities and conditions, and develop a “roadmap” of stakeholders. They should do their homework and understand the interests and expectations of communities and the experiences of other resource industries.

The main messages for companies intending to invest in or develop North American projects include the following:

The situation on the ground in British Columbia continues to evolve, particularly with respect to the participation of First Nations in resource development. It’s important to understand that due in part to the status of treaties and court cases, First Nations are far more than “stakeholders,” and the Province of British Columbia has a duty to consult and, as necessary, accommodate First Nations if a decision might impact their rights or title to their traditional land and resources. Aspects of this duty are typically delegated to proponents, who will need to spend time and effort to undertake meaningful engagement with First Nations.

Brian Yates is Vice President of Impact Assessment and Community Engagement at SNC-Lavalin.

This interview was conducted by Jacqueline Koch.