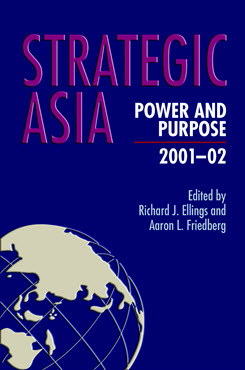 The development of ballistic missile capabilities—along with the proliferation of missiles and missile-related technologies—are becoming an increasingly significant security issue for the United States and many Asian countries. Ballistic missiles are of particular concern to the Asian security environment because, when tipped with conventional high explosive warheads, or especially nuclear, chemical, or biological warheads, they present a combination of capabilities and features unmatched by any other weapon. They can travel at supersonic speeds, thus reducing warning time, in some cases down to a few minutes. Moreover, they can cover enormous distances, from less than 100 km to over 10,000 km, thus potentially threatening the rear areas of a military theater or even the homeland of an opponent.

In many cases missiles can strike a target with a high level of accuracy and with enormous force, often producing devastating damage before an opponent can react. Since they are unmanned, their use does not risk the loss of highly skilled military personnel, such as pilots. Furthermore, a missile will not defect or refuse to carry out orders. In addition, ballistic missiles are very difficult to defend against, especially if a potential opponent desires to intercept them before they can strike their intended targets. And unlike airfields or artillery bases, which are large, fixed, vulnerable targets prone to attack by a sophisticated military power, hidden or mobile missiles are hard to find and destroy. Finally, many types of missiles are relatively easy to deploy and operate, especially if compared to a trained air force with manned aircraft and a large infrastructure. As the Rumsfeld Report states, “Whether short or long range, a successfully launched ballistic missile has a high probability of delivering its payload to its target compared to other means of delivery.”

The dangers and concerns presented by the development, deployment, and transfer of ballistic missiles in Asia have prompted the United States and other Asian countries to consider the development of active measures to defend against such weapons.