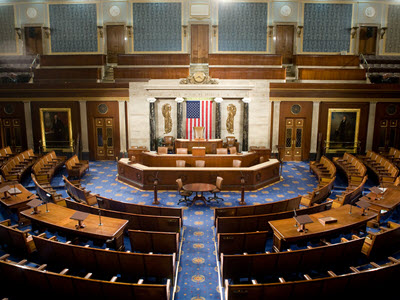 Balancing the Costs of Covid-19
New Normal or Old Normal?

At a time when the Covid-19 pandemic has made the world even less secure than before, Jonathan W. Greenert argues that the new normal for national security could be like the old normal if the U.S. executive and legislative branches do not address growing budgetary challenges. Admiral Greenert was the 30th chief of naval operations from 2011 to 2015.

In his excellent essay for this series, Ashley Tellis succinctly articulates the complex challenges to U.S. hegemony manifested by Covid-19. Within his analysis, he describes two transitions in the U.S. economy that will bear on the future of our national power: (1) a reassessment of national supply and production chains, and (2) an intensifying competition between federal spending on defense and nondefense goods.

The second transition is particularly concerning. A decade ago, a scenario played out involving increasing and evolving global threats, growing security commitments, and a compulsion to address federal spending by a partisan legislature. The outcome for the federal budget was regrettable—a government shutdown, sequestration, and several continuing resolutions resulting from an inability to complete a budget on schedule. This led to an oversubscribed and underfunded military and foreign service, as well as a substantial loss of our military technological edge over China and Russia.

Covid-19 has increased both strategic security requirements and federal debt challenges within a global environment of growing instability. As a result, there is a risk that competition between defense and nondefense spending will intensify in ways that are similar to, and possibly worse than, a decade ago in the aftermath of the Great Recession. The United States must take steps to avoid the same outcome.

The Covid-19 pandemic occurs at a time of profound uncertainty for the United States. Great-power competition with China and Russia is heating up, and the new rhetoric is ominous. Other adversaries such as Iran and North Korea also appear to be taking advantage of, or at least testing, U.S. resolve coincident with the pandemic.

When the administration talks tough with China, proverbial diplomatic checks are being written for the national security complex to cover. At the same time that the Department of Defense is contemplating reducing our global force posture (and forward-deployed forces), the Department of State asserts that we will address Chinese threats in the South China Sea and the broader Indo-Pacific region. In Northeast Asia, the United States is considering reducing its military personnel presence on the Korean Peninsula and complains of host-nation support costs with key allies, South Korea and Japan. At best, these are mixed signals internally and externally at a time when strategic coherency and clarity are needed. In any case, they underscore the increased strategic security requirements.

Against this backdrop, the enormous federal costs of Covid-19 are rising with each new stimulus bill. The economic impacts thus far are well documented. And we are all living the social impact, characterized by unemployment, slowing economic activity, market volatility, and contracted global GDP, among other trends. Spikes and new surges in infections are challenging small businesses and raising questions about the efficacy of opening schools this fall. Although stimulus packages of several trillion dollars have alleviated some of these consequences, it appears we need more. We are not yet in a position to assess the enduring economic impacts, federal costs, and the subsequent prospects for recovery. Some budget analysts, however, already warn that a federal spending “day of reckoning” is coming that will compel congressional action to reduce or truncate spending. Analysis by the Congressional Budget Office (CBO) describes a federal budget debt increase of perhaps $3.7 trillion, with the U.S. public debt approaching 101% of GDP by 2021. Clearly, government fiscal intervention to address the pandemic was necessary in order to mitigate the impact and stimulate recovery. However, the federal response could worsen a situation that was already overdue to be addressed. The current and future federal spending-to-revenue imbalance is concerning. Some basics: roughly one in seven people today are over 65 and eligible for entitlements (Social Security, Medicare, and Medicaid), and that ratio is expected to increase to one in five by 2030. Today, approximately two of every three federal budget dollars fund entitlements, and this will increase as well (and with it, the federal debt). For now, interest on Treasury notes is low, but at some point interest rates are bound to increase.

“Nondiscretionary” costs consume the majority of the federal budget. Per the CBO, 70% of the federal budget is spent on entitlements and interest on the debt. Therefore, 30% is for everything else (so-called discretionary programs), including defense and homeland security, intelligence, federal departments, and social and public health programs. The CBO predicts that by 2027 all federal tax revenues will go to paying just entitlements and interest.

If efforts to address these budgetary challenges following the Covid-19 pandemic are limited to a debate between defense and nondefense federal spending, the “new normal” in national security could be the “old normal.” That is, if we once again avoid addressing the problem of increasing nondiscretionary spending and instead attempt to reduce federal spending only by trimming discretionary spending (on both defense and domestic programs), we will not be able to address our growing security requirements. We have been here before.

The last attempt to tangibly reduce spending was the 2011 Budget Control Act (BCA), which, among other measures, put a cap on discretionary (defense plus domestic) spending and also reduced defense spending by $500 billion over nine years. The BCA provided direction and the means for Congress (via a bipartisan “super committee”) to address discretionary and nondiscretionary spending and thus the root cause of a growing federal debt. However, the committee failed. Congress was unable to agree on a proposal, and a default mechanism called sequestration, which targeted discretionary programs only, became law.

The disruption and finger-pointing resulted in several years of late budgets through continuing resolutions, a government shutdown, and sequestration (including an algorithmically induced reduction in all defense programs). This occurred in the midst of increasing threats from ISIS, Russia, North Korea, and China. Our national security complex (hard power and soft power alike) was confronted with an under-resourced national and defense security strategy, oversubscribed military and foreign service, evolving global threats (e.g., space and cyber), and delayed, unstable, and unpredictable security budgets, all in a growing partisan atmosphere. With the 2011 BCA ending in 2021, 2022 presents an opportunity.

AN OPPORTUNITY FOR A BETTER “NEW NORMAL”

The nexus of emerging events and the end of the 2011 BCA presents a situation similar to 2012 in fiscal year (FY) 2022. Several factors will shape the new normal.

First, spending on long-term federal public health program changes associated with the post-pandemic recovery will begin in 2022. Some of these programs would be initiated using stimulus or regular funding already appropriated in 2020 and 2021.

Second, the first budget from the winner of the 2020 presidential election will be the FY2022 budget. Most proposed changes by the new administration would be included. These could be increasing entitlements or domestic programs such as Medicare, improving public health security, investing in environmental programs to address climate change, and reconciling federal college loans. Previous tax-rate reductions could be rescinded to increase revenue to help fund these initiatives.

Third, FY2022 is the next opportunity for Congress to address the federal debt through the budget process. The current congressional budget agreement—the Bipartisan Budget Agreement of 2020—expires with the FY2021 budget. The FY2022 congressional budget negotiations could produce (1) incremental (annual) budget agreements to balance the budget, (2) another long-term BCA capping only discretionary spending, or (3) a federal spending deal incorporating entitlement and/or tax reform, enabling real investment in domestic and defense spending.

Considering the likely courses of action, it would appear inevitable that some limits on discretionary (defense and/or domestic) spending are forthcoming. Some prognosticate that a rebalance of defense and domestic spending is the only palatable course of action. The economic stress and social unrest caused by the Covid-19 pandemic could dictate increased spending on social, education, infrastructure, and public health programs.

What does that portend for the United States’ ability to meet the security requirements to address evolving global threats? The military has begun recovering from the austerity measures imposed by the 2011 BCA and is gathering momentum. The National Security Strategy of 2017, the subsequent National Defense Strategy, and its associated geographic regional military security strategies were aligned to, and predicated on, enduring and predictable Department of Defense budgets sized to meet the strategic requirements. In summary, the objectives (“ends”) defined by the National Defense Strategy within a consistent and known threat environment would be accomplished by the associated strategies (“ways”), and these would be resourced with enduring and predictable budgets (“means”). In 2017–19, these priorities seemed to align, and Department of Defense officials testified to the progress being made: specifically, readiness, weapon/sensor modernization, and force structure increases were on track. Strategies to rebuild the military were in place, albeit not well-marketed.

The Covid-19 pandemic has made the world even less secure. As a result, we are faced with a widening strategic imbalance between requirements and resources. The military and foreign service will not be able to execute the collective strategies as planned but will be overutilized and under-resourced.

Options to preclude a redux of the readiness and training gap of the last decade are simple but hard. One option is to revise strategies. For example, global security commitments could be reduced, global military force posture and deployments adjusted, and military size (or readiness posture) reduced. These are all tough choices. An alternative is to increase, or at least sustain, defense funding commensurate with global defense strategy, while still addressing the national debt. For this option to be viable, the debate over the budget must not become a competition between domestic and defense funding. Instead, Congress would need to get serious about addressing the budgetary challenges related to nondiscretionary spending, which, as noted above, accounts for 70% of the federal budget.

It would appear, then, that unless the executive and legislative branches change their previous behavior by addressing these disparate challenges, the new normal could resemble the old normal as far as the United States’ preparedness to respond to global threats is concerned. That was not a good look, nor did it have a good outcome.

Jonathan W. Greenert holds the John M. Shalikashvili Chair in National Security Studies at the National Bureau of Asian Research. Prior to this, he was the 30th chief of naval operations from 2011 to 2015 and served a distinguished 40-year career in the U.S. Navy.