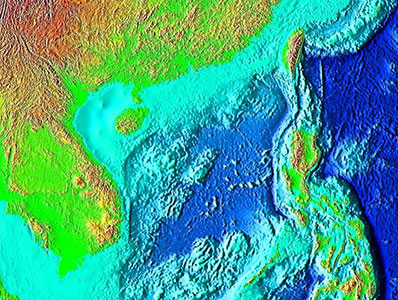 Assessing the Sino-U.S. Strategic Interaction in the Maritime Security Domain

Christopher D. Yung (U.S. Marine Corps University) explores the maritime dynamics within the U.S.-China relationships ahead of the Obama-Xi summit.

Although the maritime domain is the realm with the greatest potential for cooperation and mutual benefit between the United States and China, it also poses some of the greatest perils to the bilateral relationship. It is through the maritime domain that the two powers derive a substantial share of their economic prosperity; at the same time, it is in this domain that the two countries are likely to rub up against one another and even potentially clash.

The Importance of the Maritime Domain for U.S. National Interests

U.S. commercial and economic interests depend substantially on the maritime domain. According to the National Oceanic and Atmospheric Administration, in 2014 the ocean economy provided more than three million jobs to the U.S. economy. Furthermore, U.S. policymakers view secure sea lanes and open access to the maritime domain as the foundation for the modern international economic order. Freedom of navigation and the ability to ship goods intact anywhere on the globe at high unencumbered speeds and at minimum expense is the basis for the U.S.-led trading order.

The maritime domain is also a vital element to U.S. national security strategy. First, it serves as an initial barrier to threats to the homeland. More importantly, however, the maritime domain is seen as a highway for the United States to strategically respond to crises and threats abroad. Thus, since World War II, secure sea lines of communication (SLOC) have been vital for the United States to project power and maintain a presence abroad. Secure access to sea lanes are especially important because the United States views deterring emerging threats as an important component of its national security strategy, and deterring threats in part depends on the ability of the United States to be seen as rapidly capable of deploying forces anywhere in the world.

Challenges to the U.S.-China Relationship within the Maritime Domain

Despite the benefits of cooperation, the maritime domain also features some of the greatest potential for conflict between the United States and China. First, almost all the possible hot spots or crisis points between the two powers reside in this domain—notably the Taiwan Strait as well as the South and East China Seas.

Second, the maritime domain has served as a crude “back of the envelope” scorecard to assess the relative military capabilities of the two countries. How many carrier battle groups does each have? How many submarines does each have, and how do their relative capabilities compare? How long can task forces of either country stay out to sea?

Third, observers of the U.S.-China security relationship note that the maritime domain is the arena in which one country has the capability to frustrate the political objectives of the other. Thus, the United States can choke off the economic growth of China by using the U.S. navy to blockade and strangulate access to petroleum and raw materials—the so-called Malacca dilemma. China can use any number of developing military technologies to prevent the United States from operating freely in the Asia-Pacific maritime sphere—the so-called anti-access/area-denial or counter-intervention strategies.

Fourth, dominance over the maritime domain serves as a symbol for great-power status. Every nation that has been labeled a “great power” has possessed a powerful navy to both advance and protect its commercial interests overseas. If China seeks to attain this status, it will for the most part do so at the expense of another great power—the United States. Thus, if major powers are not careful, the maritime domain could become the medium through which a zero-sum game is played out with the possibility of major systemic war.

Finally, the maritime domain challenges U.S.-China cooperation because the two countries have fundamentally different philosophies about the nature and meaning of the sea. China views the sea first and foremost as a means of access through which its enemies can threaten and humiliate it. It was by sea that the British navy dominated China and started the 150 years of humiliation. As a result, China considers it necessary to impose zones or belts of defense in the ocean to prevent hostile powers from gaining access and taking advantage of its resources. While the United States also regards the sea as a potential pathway for threats to the homeland, the maritime domain is more often conceptually seen as a means for the United States to push out and advance its own interests. Thus, one power largely sees this domain as a potential threat, while the other power sees it as an opportunity. This fundamental difference in philosophies shapes how the United States and China look at a range of maritime issues, some of which could be incompatible if the two powers are not creative in their strategic thinking.

Areas of Cooperation and Mechanisms to Manage Tensions

Despite the presence of these maritime challenges to the U.S.-China relationship, the two countries can find areas for further cooperation. One option is to strengthen existing programs; for example, the U.S. and Chinese coast guards already collaborate on a range of missions to enforce maritime law that could be expanded and deepened. Second, Chinese and U.S. ships participated in the RIMPAC, or the Rim of the Pacific, exercise in summer 2014. This cooperation could be expanded to include enhanced cooperative programs such as table top noncombatant evacuation operation (NEO) planning exercises and subsequently joint NEO and humanitarian assistance/disaster relief exercises with the two navies. At present, the two navies do not engage in staff talks as the U.S. Navy does with Japan and South Korea. Although China is not an ally of the United States, the two navies could still engage in formal staff discussions to develop habits of cooperation and coordination. A good argument can also be made that regular navy-to-navy staff talks could help prevent miscommunication and avert the buildup of unintended tension. Finally, the two navies could cooperate to protect SLOCs in the Indian Ocean or provide antipiracy protection to ships operating near the Gulf of Aden.

In the absence of such opportunities, given the presence of very real tensions and the possibility of conflict, the United States and China could put in place tension management mechanisms or other confidence-building measures. For example, the two sides should sign an air-to-air annex following the fall 2014 signing of a memorandum of understanding covering maritime encounters at sea. Another major area of disagreement appears to be the inability of the South China Sea claimants to sign a binding code of conduct to regulate provocative behavior there. The United States and China could establish joint working groups at the Association of Southeast Asian Nations (ASEAN) during the ASEAN Regional Forum or the ASEAN Defence Ministers’ Meeting-Plus to discuss maritime security cooperation and dialogue as pathways to an agreement on a regional code of conduct. Finally, the U.S. and Chinese navies could establish an annual bilateral exercise program to focus specifically on managing and averting unexpected encounters at sea. 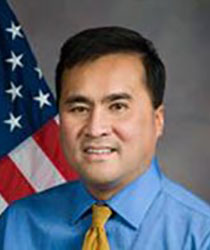