On September 8, 2016, Mikkal Herberg (NBR) testified before the U.S. House Committee on Foreign Affairs’ Subcommittee on Asia and the Pacific. The subject of his testimony was “Asia’s Growing Hunger for Energy: U.S. Policy and Supply Opportunities.”

Mr. Herberg is Research Director of NBR’s Energy Security Program and is a senior lecturer at the Graduate School of International Relations and Pacific Studies, University of California, San Diego.

U.S. House Committee on Foreign Affairs Subcommittee on Asia and the Pacific

Chairman Salmon, Ranking Member Mr. Sherman, Members of the Committee, thank you for this opportunity to appear before the Committee today to discuss Asia’s growing energy needs, U.S. energy policy, and U.S. energy supplies. These views are mine alone and do not reflect the views of NBR which does not take institutional positions on any policy issue.

Asia faces a daunting dual energy challenge today. First it needs to meet rapidly rising energy demand on a huge scale in order to continue fueling rapid economic growth and rising standards of living at an affordable price. The region has a very modest energy resource base, outside of coal which it has in abundance, which forces it to rely heavily on imported energy supplies from often unstable regions of the world. Simultaneously, Asia must achieve a profound structural shift away from a very coal/oil carbon intensive regional energy mix toward a far cleaner, more environmentally sustainable energy mix. The challenge is that the pressure to meet urgent near-term energy needs and ensuring energy security tends to push Asian policymakers toward continued reliance on large indigenous coal supplies and imported fossil fuels and undermines more expensive and longer-term efforts to move toward cleaner energy sources like renewables, nuclear, and hydroelectric.

U.S. policies and energy supplies can play a major role in helping Asia meet its booming energy needs while shifting towards this cleaner energy future. The unconventional oil and natural gas revolution in the U.S. is already having a powerful beneficial impact on Asia’s energy security and the region’s ability to meet its rising current conventional energy needs. U.S. natural gas exports can help Asia shift away from damaging coal use. U.S. clean energy technology can also play an important role as well as strong U.S. participation in global climate change efforts to support and encourage more urgent efforts across Asia to transition towards cleaner energy.

The richer countries of the Organisation for Economic Co-operation and Development (OECD) in Asia, including Japan, South Korea, and Australia, as a group will likely experience essentially flat to slightly negative energy demand growth typical of highly advanced industrial countries. In Japan, overall energy demand is expected to decline by more than 10% by 2040 under the pressure of the severe aging of the population.

In Asia energy security is national security. Energy security will remain a key strategic worry for the governments in the region, especially China, Japan, South Korea, and India, all key powers in the region. China now imports 60% of its total oil consumption and 30% of its natural gas needs. Japan and South Korea import virtually all of the oil, natural gas, and coal. India as well imports 75% of its oil and over 20% of its natural gas. ASEAN is also now a net importer of oil and is transitioning from a net liquefied natural gas (LNG) exporter to a net importer.

In energy security terms, Asia is benefiting enormously with the huge growth in U.S. unconventional oil production, the global oil supply abundance, the sharp decline in the cost of imported oil, as well as the knock-on effect on lower LNG prices which in Asia are largely linked to oil prices. This has eased regional fears over energy security somewhat for the time being. However, longer-term market balance and geopolitical risks are growing. The governments in Asia remain deeply concerned about heavy dependence on supplies from the Middle East. This dependence is rising as low cost production rises in the Persian Gulf while at the same time production is declining from many other parts of the world, including sharp recent declines in U.S. unconventional production. Asia, especially China, will need to play a greater role in supporting political stability in the Middle East and security of the sea lanes from the Persian Gulf to Asia. Collaboration between the U.S. and China on security of the Indo-Pacific sea-lanes will be essential to energy security for Asia. This is a key strategic challenge for the U.S. and the rest of oil import-dependent Asia.

China has recently become the largest global oil and gas investor as its national oil companies (NOC) seek supplies around the world. This further accentuates the growing importance of China in global energy security diplomacy. Beijing is facing growing risks to its overseas energy investments, the security of its oil imports, and safety of Chinese citizens working in these areas. It is expanding its diplomatic and strategic footprint across the world’s key energy exporting regions with important implications for U.S. strategic and foreign policy influence, especially in the Middle East. The U.S. will need to find ways to work with China to collaborate on our common interests in providing security and strengthening political stability in these key energy exporting regions, including the Middle East, Africa, Central Asia, and Latin America.

Asia will lead global growth across fuels, especially for natural gas which is key to making near-term progress on achieving Asia’s goals to reduce severe air pollution and long-term climate goals. Natural gas is a relatively underutilized fuel in Asia accounting for only about 13% of the region’s energy use compared to nearly one-quarter on a worldwide average. LNG supplies will be important to Asia’s ability to transition as rapidly as possible toward much less carbon intensive natural gas and away from coal during the long transition to renewable energy supplies. U.S. LNG exports are a key factor in today’s much lower LNG prices, along with growing supplies from Australia and elsewhere. U.S. LNG exports are also extremely important to Asia’s ability to diversify its LNG imports away from potentially unstable suppliers and to maintain affordable LNG prices. This is especially important to Japan and South Korea, key U.S. allies in the region and the two largest LNG importers in the world.

Asia and especially China will lead global growth in nuclear power in order to meet rising electricity demand but also to reduce their very high carbon intensity. China has roughly 25 nuclear plants operating with another 29 under construction. Its long-term goal is to have 150 nuclear power plants in operation by 2030 making it the world’s largest nuclear generator. The speed of increase in nuclear generation in China raises key safety and nuclear governance issues. The U.S. should work with the International Atomic Energy Agency (IAEA) and directly with China to strengthen nuclear safety arrangements, effective safety training, and strong global governance of nuclear energy use. India also plans to increase its nuclear capacity and the U.S. should work closely with India as a follow to the earlier U.S.-India nuclear agreement.

China’s energy demand growth, after driving rapid global energy demand growth for the past 20 years, is finally experiencing a historic slowing due to the overall economic slowdown, the changing structure of the economy, and strong policies to slow electricity demand growth and shift towards cleaner fuels. China’s coal consumption has essentially peaked much earlier than expected and is likely to decline gradually over time. This is hugely positive for China and globally for achieving global climate goals. Renewable energy supplies are also growing rapidly, especially wind and solar. China is the world’s largest investor in renewable energy last year accounting for one-third of global renewable investment. The U.S. has been working very effectively with China on its renewables development and improving Chinese energy efficiency.

Because the scale of Asia’s energy consumption is so large and is biased toward carbon intensive fuels such as coal and oil, Asia is central to meeting global carbon emission reduction goals. The good news is that China is making significant progress in slowing the rate of increase in its carbon emissions and is cooperating with the U.S. on implementing the Paris climate accord. The U.S. and China jointly submitted their ratification of the Paris Climate Agreement on the sidelines of the recent G-20 meeting. However, Japan and South Korea face difficult challenges in meeting their climate commitments due to public resistance to expanding nuclear energy, the high cost of LNG, and the resulting pressure to use more coal. Each country is pushing the expansion of renewable energy but they are starting from a very low base and the impact of renewables will take time. Japan has begun re-starting a few of its nuclear power plants after the shut downs following the Fukushima nuclear disaster but it remains very uncertain how far the government will be able to go in rebuilding Japan’s nuclear capacity in the face of continuing public resistance and safety concerns.

Southeast Asia faces greater challenges in lightening up their coal and oil intensive energy footprint while meeting booming electricity demand. Extremely rapid electricity demand growth is driving them to expand their coal use and virtually every country in the region has plans to expand coal use. Indonesia and Vietnam are both large coal consumers and exporters and their energy plans include substantially expanding coal use. While the U.S. needs to work with the region to expand renewables and the spread of natural gas-fired generation in order to reduce the need for coal, the U.S. also needs to work with the region to expand the use of much higher efficiency coal-fired power plants which can reduce the climate impact of coal use. In this regard, the U.S. also needs to expand its research efforts on carbon capture and storage (CCS). This should be done collaboratively with other countries to spread the cost and expand the scale of research efforts.

Finally, India is a special case because it will be critical to global energy demand growth and efforts to reduce carbon emissions. India’s energy demand is expected to rise by the most of any single country over the next 25 years, more even than China. It will lead in oil demand growth to fuel an enormous increase in motorization. India also plans to rapidly expand its already huge coal use to overcome severe electricity shortages and to meet rising electricity demand. Three hundred million Indians still do not have access to electricity. This bodes ill for global climate goals. In India, the U.S. also needs to expand its efforts to encourage natural gas use and to expand the role of cleaner coal burning technology. Otherwise, India and developing Asia outside of China will “lock-in” an enormous fleet of relatively inefficient, coal-burning power generation. 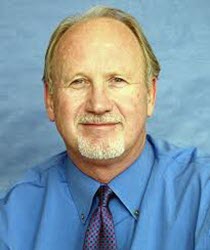