NBR’s Dan Aum interviews Nicholas Eberstadt (American Enterprise Institute) about the historic summit in Singapore between President Donald Trump and Chairman Kim Jong-un. Dr. Eberstadt discusses his key takeaways from the summit, analyzes what the summit means for U.S. allies and other stakeholders in the region, and explains what he’d like to see from the Trump administration moving forward.

LISTEN TO THE PODCAST

Nicholas Eberstadt holds the Henry Wendt Chair in Political Economy at the American Enterprise Institute and is also Senior Advisor to the National Bureau of Asian Research. He researches and writes extensively on issues in demographics, development, and international security.

Q1 [1:33]: How did you, a political economist and demographer, get interested in North Korea?

Q2 [2:29]: What should the United States try to achieve on the Korean Peninsula?

Q3 [3:33]: What were your key takeaways from the Trump-Kim summit in Singapore on June 12?

Q4 [5:25]: What can we expect from the North Koreans going forward?

Q5 [7:42]: What does North Korea do that signifies its grand ambitions for the peninsula?

Q6 [9:02]: What conditions would convince you that North Korea has changed its intentions?

Q7 [11:42]: How would you respond to the claim that North Korea’s intended use of weapons is primarily defensive?

Q8 [15:14]: What is your assessment of sanctions on North Korea before and after the summit?

Q9 [17:55]: Could pressure, such as sanctions, force North Korea in a corner and therefore provoke them into attacking?

Q10 [21:19] Is there a role for a discussion of human rights in talks about denuclearization?

Q11 [23:41] You have said that North Korea “incontestably emerged from the talks better off.” How did it do that?

Q12 [29:32] Did the U.S. side receive any concessions from the North Korean side during the summit?

Q14 [32:41] How do regional powers, including South Korea, Japan, and Russia, move forward from the summit?

1. How long will it take before the Trump-Kim agreement is declared void?

2. If a “round two” takes place, would you advise President Trump to hold talks in DC or Pyongyang?

3. What is the book on North Korea that you have gifted to others the most? 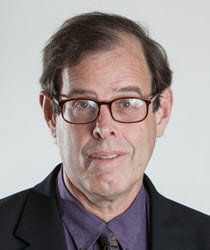 The NBR podcast series Asia Insight features interviews with top Asia experts about key issues affecting the Indo-Pacific region, with a focus on implications for U.S. policy and businesses. Subscribe to Asia Insight on Apple Podcasts and let us know what you think of the podcast on Twitter.