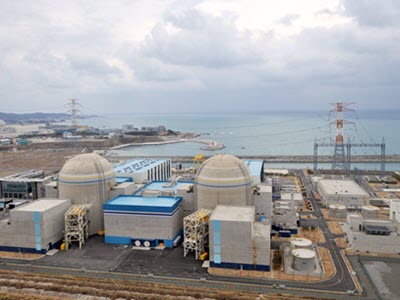 What are the advantages of advanced nuclear technologies for South Korea as it looks to decarbonize its economy?

The potential market for advanced nuclear technologies in South Korea is significant, especially considering the composition of its economy and the country’s current industrial and decarbonization strategies. For example, given that many of South Korea’s major economic sectors involve highly energy-intensive industrial activities—such as steelmaking and petrochemicals—advanced reactor technologies that are particularly suited to provide low-carbon process heat applications would make a lot of sense. High-temperature gas-cooled reactors (HTGRs) are capable of producing very high-temperature outputs and could be an ideal solution for decarbonizing these hard-to-abate sectors of the economy.

South Korea’s decarbonization plans involve adding increasing volumes of renewables to the grid, which will create greater challenges in maintaining grid stability. For example, although Jeju Island has witnessed dramatic growth in renewable energy deployment in recent years, the growing penetration of variable energy sources has essentially precluded the early retirement of thermal-generating assets—which have been needed to maintain grid balance and stability. Thus, while the deployment of renewables has increased clean energy capacity on the island, the continued operation of fossil fuel generation poses a barrier to achieving deep decarbonization objectives.

Numerous advanced reactor concepts—from light-water small modular reactors (SMRs) to HTGRs—are capable of load following and can operate flexibly with intermittent renewables. Certain advanced reactors, particularly those with integrated energy storage systems, are specifically designed to ramp output up or down based on grid fluctuations. Such advanced nuclear systems can provide “flexible baseload” capabilities that can moderate the intermittency of renewables without the greenhouse gas emissions associated with natural gas peaker plants and other fossil fuel generators.

What are some ways that new nuclear technologies can address concerns such as improving energy security or providing clean transportation?

Energy security concerns have risen to the forefront as a result of the Russian invasion of Ukraine, which has resulted in increasing strains on the global supply of liquefied natural gas (LNG). Recent South Korean energy plans detailed commitments to rely more heavily on LNG as part of the national energy mix. Such plans now appear to be increasingly unviable because of the ripple effects created by the Ukraine conflict. The government had viewed LNG as a “bridge” fuel to ease the transition away from more highly emitting energy sources such as coal, and natural gas remains the primary fuel source for many different industrial activities in South Korea.

Although South Korea may need to resort to creative solutions to manage global LNG shortages in the near term, in the long term advanced nuclear technologies could certainly play a significant role in shoring up energy security and reducing the country’s overall vulnerability to energy supply shocks. For example, South Korea remains a global leader in terms of public investments in hydrogen R&D, and its automobile firms have been pioneers in the development of hydrogen fuel cell vehicles. If complementary innovations enable broader use of hydrogen as an industrial and transportation fuel, then a low-carbon method of producing hydrogen at scale—which nuclear technologies could make possible—would greatly facilitate progress toward South Korea’s decarbonization and energy security objectives. Many advanced nuclear technologies can be optimized for hydrogen production. As mentioned, HTGRs can achieve very high outlet temperatures, which could potentially enable more efficient, high-heat hydrogen production processes that are cost-competitive with steam methane reforming.

The shipping industry, in particular, could benefit from advances in nuclear technology. Considering South Korea’s world-class shipbuilding sector, research into the use of smaller-scale reactors for civilian maritime propulsion could present a significant commercial opportunity, as well as forging a pathway toward decarbonizing the global shipping industry.

In discussing global decarbonization, we have seen a heightened focus on the need for a just clean energy transition. How can advanced nuclear technology facilitate an equitable transition to a net-zero economy, both in South Korea and around the world?

We are now hearing more discussion of advanced nuclear plants as a potential option for the replacement of retiring coal-generating assets. In the United States, dialogue on this subject really took off when it was announced that TerraPower’s Natrium demonstration—a federal cost-share project under the U.S. Department of Energy’s Advanced Reactor Demonstration Program—would be hosted in Kemmerer, Wyoming, at a soon-to-be retired coal plant site. A number of other Wyoming communities with retiring coal plants also volunteered to be considered as hosts for the Natrium demonstration.

Beyond the technical merits of an advanced nuclear facility being able to leverage existing cooling water and transmission infrastructure, as well as the obvious environmental benefits, the primary reason for excitement about possible coal-to-nuclear transitions is the potential for advanced nuclear plants to employ coal workforces. In 2021, Scott Madden released a report stating that many of the skills possessed by coal plant workers would translate to jobs in an advanced nuclear plant, and that retraining requirements would essentially be modest. Such analysis provides hope that advanced nuclear technologies could enable a just and equitable transition to clean energy—one in which the economic and social fabric of former coal communities could be preserved with little impact on the livelihoods of these critical demographics.

As the world decarbonizes and moves away from high-emissions coal generation, advanced nuclear technologies not only should be viewed as a low-carbon option for retiring coal plants but also should be considered an avenue through which the clean energy transition can be achieved fairly and without undue economic disruption. In South Korea, advanced nuclear technologies can therefore help expand social acceptance for decarbonization as the country moves forward with plans to reduce reliance on coal generation.

Just this month, we received some exciting news out of Lawrence Livermore National Laboratory about a fusion energy breakthrough. What are the implications of fusion power for South Korea’s and the world’s energy future?

The U.S. Department of Energy announced that researchers at Lawrence Livermore National Laboratory’s National Ignition Facility achieved net energy gain through a fusion reaction. This has been a major objective for fusion research for some time, and crossing this milestone is a significant accomplishment. Now that this hurdle has been cleared, the focus will shift toward the practical engineering and design work that will be necessary to make fusion energy cost-competitive and commercially viable. There are numerous developers around the world in the process of tackling these challenges, with some of these companies having very ambitious timelines for deployment and commercialization.

South Korea has been an international leader in fusion research, with the KSTAR facility in Daejeon offering tangible evidence of the country’s leadership. In the short term, and considering the urgency of climate action, it would be prudent for South Korea (and the world) not to abandon more established and mature clean energy technologies such as renewables and fission, even with all the excitement around the recent fusion breakthrough. In the longer term, there absolutely should be continued investment and support for fusion research, especially as climate impacts and other factors place an ever greater premium on energy density, reliability, and resiliency.

Alan Ahn is a Senior Resident Fellow in the Climate and Energy Program at Third Way, where he focuses on the organization’s nuclear energy–related work and activities. Mr. Ahn communicates the importance of nuclear energy and clean energy innovation to U.S. economic, climate, energy security, and foreign policy objectives. He received an MA in law and diplomacy from the Fletcher School at Tufts University. Any views expressed in this interview are strictly his and do not necessarily reflect the views of Third Way or its affiliates and partners.