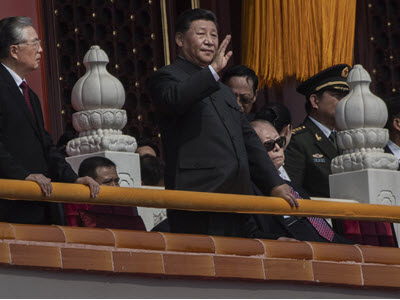 BEIJING, CHINA – OCTOBER 01: Chinese President Xi Jinping waves from above Tiananmen Gate during a parade to celebrate the 70th Anniversary of the founding of the People’s Republic of China at Tiananmen Square in 1949, on October 1, 2019 in Beijing, China. (Photo by Kevin Frayer/Getty Images)