Muslim Asia and U.S. Relations with the Muslim World 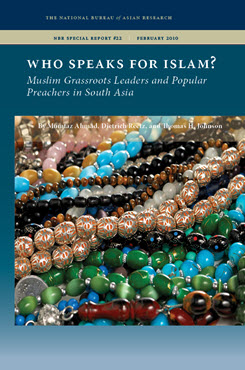 To broaden the debate and better inform policymakers of emerging trends and developments in Muslim Asia, NBR has sought to engage less visible issues related to Islam and Muslim societies in Asia. These studies have found that there are many and varied roles of Islam in the region that go far beyond the actions of a radical fringe. Further, while Islam continues to play a central role in the historical, political, ideological, and social evolution of Muslim Asian countries, there are also broad global, political, economic, and cultural trends that are influencing developments in these Muslim societies. It is on these less-studied yet no less critical issues affecting Muslim Asia that NBR has often trained its analytical resources.