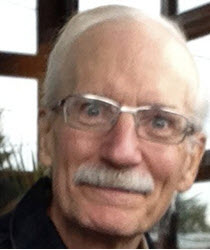 William B. Abnett is a member of the Board of Advisors at the National Bureau of Asian Research (NBR). He has nearly fifty years of public and private sector experience in the field of U.S.-China business, economic, and political relations. While at NBR, he moderated a highly successful email forum on China’s World Trade Organization (WTO) terms of membership, participation, and compliance with WTO regulations, rules, and commitments. Forum members were affiliates of the U.S. Government, business, and academia. He also authored many NBR and other publications.

He founded his own international business consulting company, William B. Abnett & Associates, which specialized in providing services to U.S. and foreign clients doing business with China, Taiwan, and Hong Kong. His firm also developed and published three different versions (simplified Chinese, traditional Chinese, and English) of ChinaText, a Chinese-language word processor for the Apple Macintosh.

Mr. Abnett served for nearly five years as Executive Director of the Washington State China Relations Council, a private trade association that represented some 125 businesses in America’s Northwest. Prior to working at the Council, Mr. Abnett worked in the Reagan White House, where he served as Director for Chinese Affairs in the Office of the United States Trade Representative (USTR). Mr. Abnett was responsible for developing and coordinating the Administration’s trade policy toward China. As the President’s chief China trade negotiator, Mr. Abnett participated in all bilateral and multilateral trade negotiations involving the United States and China. Before working in the White House, Mr. Abnett was a career Foreign Service Officer. He served during 1982–1985 with the U.S. Embassy in Beijing, where he earned a Meritorious Honor Award for his outstanding service as Chief of the Economic Affairs Section. During his career in the U.S. Government, Mr. Abnett was posted to numerous assignments as a political officer and economic officer, in both Washington, D.C., and Asia. As a decorated veteran of the United States Army, Mr. Abnett served as an officer in the U.S. Army Security Agency (ASA).