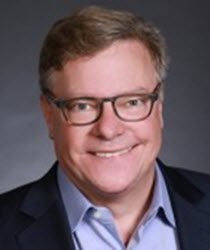 Tom Robertson leads the Corporate, External & Legal Affairs team that supports the Experiences and Devices Group, which is responsible for Office, Windows, Office 365, the family of Microsoft Surface devices, Skype, Teams, Bing, Microsoft News, digital advertising, and many other products and services. He has led several other teams in Seattle, Tokyo, and Hong Kong since joining Microsoft in 1997. Before Microsoft, Tom served as Associate General Counsel in the Office of the United States Trade Representative, where he was responsible for intellectual property issues globally and general trade issues with U.S. trading partners in the Asia Pacific region. Before that, Tom practiced law at Covington and Burling in Washington, D.C., and London, England, and was a law clerk to the Honorable Albert Bryan, Jr., then Chief Judge in the U.S. Federal Court for the Eastern District of Virginia in Alexandria, Virginia.

Tom holds both Bachelor of Science and Law degrees from the University of Virginia. He is admitted to practice in Virginia, Washington D.C., and Washington State. He also serves on the Boards of Greater Seattle Partners, the Minority Corporate Counsel Association, and Town Hall Seattle. He is a Life Member of the Council of Foreign Relations and a Fellow of the U.S.-Japan Leadership Program.